Celia: By September her business has closed. She doesn’t leave the house. She doesn’t do much at all anymore, and can hardly bring herself to shower or brush her teeth. She wears the same clothes day in and day out, and only once she notices her own bodily odor does she bother to change. Laundry piles up. So do the bills. The stack of them is left, unopened, on the kitchen counter, topped off by the final notice from the bank.

She drinks, mostly. Anything she can get her hands on she drinks. Gin. Vodka. Whiskey. Wine, finally, the kind out of the box that she buys for $4 at the local drug store. Her lithe, dancer body has shrunken to the point of emaciation. She stopped picking up the phone after the first week, couldn’t be bothered to open the door soon thereafter. Casseroles were left to rot on the porch. She thinks the raccoons might have gotten to them, but she hasn’t checked.

The days pass slowly, but time feels like it’s flying by. Some days she doesn’t get out of bed. Some days she sits in the shower and lets the water run over her naked body. Some days she cries until her head throbs, downs a Pedialyte, and cries some more. She hardly knows what day it is anymore.

Her heart is broken. There is no coming back from this. No one talks about death; no one knows what to say to the woman who lost her fiance, the man with whom she had planned her entire life. There will be no children, and she cannot help but think back to that day in the car, the first time they had said they loved each other. The morning after pill to terminate anything in her womb before it had a chance to take. What she wouldn’t give now to take it all back, to keep that tiny thing inside of her if it were so inclined to grow, to have something left of him. Anything left of him.

She misses him, but no one wants to hear about it. No one cares that she dreams about him. That sometimes, late at night, she imagines that he is with her. Holding her. Telling her he loves her, that she just needs to pull through, that someday soon they will see each other again.

What she’d give to make those dreams reality.

Anything for him. To get back what she lost. To see him again.

She will make herself beautiful one last time.

She sits for hours in front of the mirror. She tames her wild mane of hair with heat and curlers until it lies in soft waves down her back. She plucks stray hairs, exfoliates her skin, masks with enzymes and bubbles. She moisturizes. Plumps her lips. Applies her makeup with a deft hand: foundation, concealer, blush, contour, highlight, shadow, liner, mascara. Lipstick. Bold red lipstick, to give color to her otherwise neutral face.

She stares into the mirror and sees the woman she might have been. If things had gone differently. If she hadn’t lost the love of her life.

She dresses next in the carefully selected clothing she’d been saving for this day. She cuts the tags from the white silk underwear and slides it up her legs. Her bra is white as well, lace and satin. Then the garter he would have taken off of her and thrown into the crowd. Something blue, though she supposes that could be her now. The silver heels she’d have danced in all night until her feet were sore. 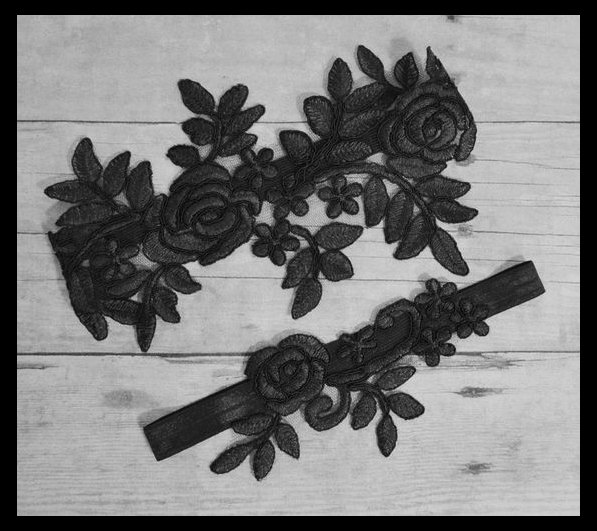 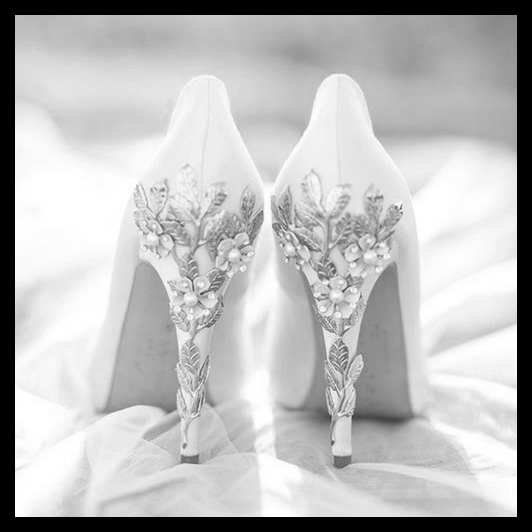 And finally the dress. 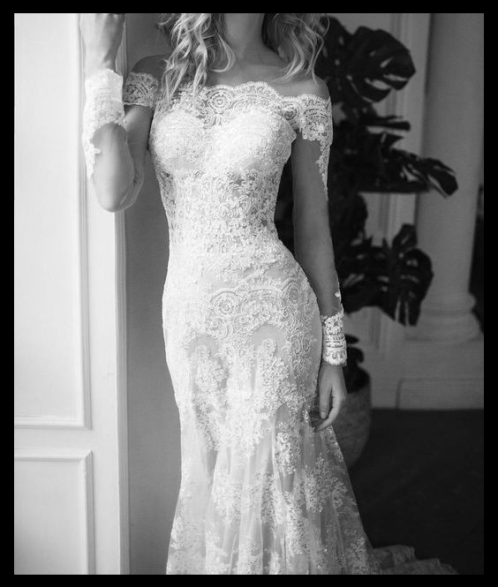 Chiffon, tulle, lace. It’s wispy and elegant and flowing. Romance personified, soft and sweet and feminine. Sweetheart neckline, off the shoulder straps that leaves her collarbone and throat exposed, fitted bodice that gently flares into the gauzy skirt. It isn’t A-line, but it isn’t a sheath either. The saleswoman had called it trumpet. Her mother had cried when she put it on at the store. They’d spent the rest of that day talking about center pieces, cakes, music. They’d discussed what to do about who would walk her down the aisle, and they’d both cried again when she asked her mom to give her away in lieu of the father she hadn’t spoken to in years.

She’s crying now. The tears leak slowly down her face as she stares at herself in the mirror. She would have been a beautiful bride. A good wife. A wonderful mother. Her hand presses against her stomach. It will never grow large with his child. Her womb will never quicken.

That has all been stolen from her. Stephen is dead. There will be no wedding.

She takes one final look at herself and turns away. Her heels click against the hardwood floor as she moves into the kitchen and pulls a knife from the block on the counter. It’s sharp; Stephen was always good about that, keeping the knives sharp. They’d liked to cook together, but it’s hard to remember the last time they had done so.

She loses herself in the memory of him as the tub fills with water. It’s warm, like the article had told her to make it. Warm water will help pull everything out of her. It puts the right amount of pressure on her arms, takes the sting out of what she’s about to do. That’s what the Internet said.

She waits until the tub is full, until the water has reached the rim. It sloshes over the side as she climbs inside, bridal gown and all. The dress is soaked instantly. She feels some small amount of guilt at the thought of the ruined dress, the water on the floor. That’s the other point of the water, isn’t it, to make sure that it’s easy to clean. Now she’s making a mess.

The thought is dismissed as quickly as it comes. It doesn’t matter. Nothing matters anymore. She presses the edge of the knife to her wrist and draws it lengthwise down one arm, then the other. The blood flows freely. The knife clatters from her hand. The water turns pink around her.

She lays back and waits to die.