“My father is no different than any powerful man, any man with power, like a president or senator.”
“Do you know how naive you sound, Michael? Presidents and senators don’t have men killed.”
“Oh. Who’s being naive, Kay?”
Michael Corleone to Kay Adams, The Godfather
“I’m not an educated man, but I’ve read some history. Every kingdom comes up bloody. Every castle is built on a pile of bones.”
Mickey Cohen
“I am like any other man. All I do is supply a demand.”
Alphonse Capone 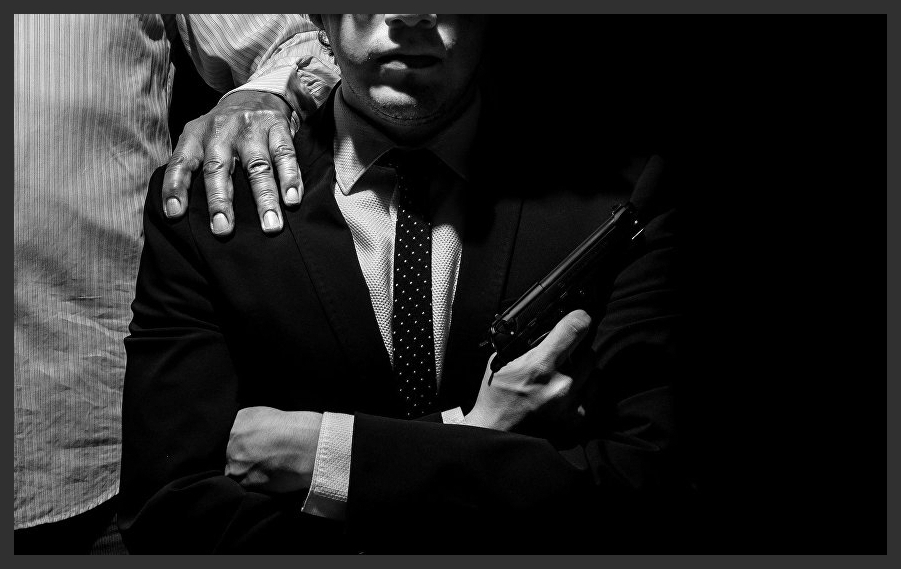 Organized crime, the undercurrent that is common in each and every city, large or small. Each group that moves through the Underworld provides a “valuable” if nefarious service and provides access to those who will carry out the most dangerous and questionable of deeds. Contacts and allies can be found in hit men, the Italian and Dixie Mafias, Yakuza, bookies, fencers, and launderers.

“With few exceptions, television and motion pictures portray members of the mafia as dapperly dressed, Casanova-esque emanations from an ancient ethnic mythos. They’re not only charismatic, they take on the proportions of protagonists in an Elizabethan tragedy with accents from Hell’s Kitchen. The truth is that most of them are stupid and, at best, capable of holding only menial jobs. They use dog-pack intimidation to get what they want, whether it involves preferential seating in a restaurant or taking over a labor union. On a personal level, their sexual habits are adolescent or misogynistic, their social behavior inept and laughable. In terms of health, they’re hypochondriacal nightmares. Just listen to any surveillance tape for more than five minutes: after age 50, they complain constantly about clap, clogged arteries, obesity, impotence, emphysema, ulcers, swollen prostates, and incontinence.”
“Unsurprisingly, such experiences with the Black Hand robbed me of whatever romance the fraudulent silver-screen tries to inspire. In fact, my encounters with actual mafiosos generally made me feel as though I’d walked inside the drabness and urban desperation of an Edward Hopper painting or the sleazy faux glamor of a low-budget porno. On a less metaphysical level, dealing with the mob always made me want a full-body condom followed up by a hot shower with bleach.”
Enrique Salvador, former NOPD detective allegedly whacked by the Black Hand
“The Mafia is not an outsider in this world; it is perfectly at home. Indeed, in the integrated spectacle it stands as the model of all advanced commercial enterprises.”
Guy Debord
“Never beg anyone.”
“Never trust no one.”
“Never expect anything from nobody.”
Anonymous mafioso 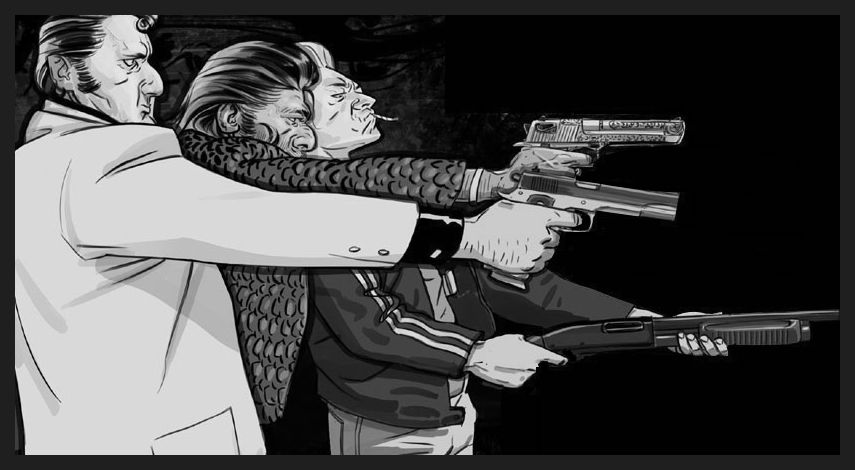 Spawned in the late nineteenth century, New Orleans’ mob holds the dubious honor of being the oldest mafia syndicate in the United States. During their centuries-long reign of criminality, the New Orleans Mafia has wrested significant profits and power both at home and abroad. Indeed, at its apex, the Black Hand wielded influence comparable with the most notorious capos di tutt’i capi of New York, Chicago, or Miami and helped orchestrate JFK’s assassination (allegedly, capiche?). Such power and its abuses, however, led to an indomitable backlash that, coupled with the crack epidemic of the 80’s, eroded much of the Black Hand’s prestige, political control, and profits. Indeed, some modern day pundits have declared that the New Orleans Mafia is dead, a historical curiosity and sources of tales for tourists. But graves are shallow in the Big Easy, and the Black Hand’s is no exception. In truth, the New Orleans Mafia is all-too alive—even if several of its leaders and puppeteers aren’t.

Born: 1958
Status: Mafia •••••
Position: Don
Grandson of Silver Dollar Sam and don of the New Orleans Mafia. Rarely seen in the flesh, his presence nevertheless casts a long shadow over the Big Easy’s underworld—one all the more notable for the fact that no one Kindred is known to have suborned La Cosa Nostra. “Don Croc” earned his nickname for the pair of pet alligators he’s raised since they were hatchlings, which the most outlandish rumors claim he feeds people to.

Born: 1956
Family: The Matrangas
Status: Mafia ••••
Position: Consigliere
Consigliere of the New Orleans Mafia. Great-grandson of Charles Matranga, the father of the Matranga crime family, Black Hand, from which the New Orleans Mafia sprung. Currently enjoying the hospitality of the Orleans Parish Prison. Has been there for more than a year as his trial keeps going sideways, seesawing back and forth for the DA and Sal.

Born: 1966
Status: Mafia •••
Position: Soldato
The mob’s most feared enforcer. Half-Cajun on his mother’s side and nearly seven feet tall and over 300 lbs with fists the size of hams. Has a massive appetite and is a regular patron at Mosca’s, a semi-famous Italian-Creole restaurant that Al Capone supposedly frequented. Claims to have eaten the man who raped and murdered a one-time girlfriend of his, hence his nickname.

Born: 1975
Status: Mafia •••
Position: Caporegime
A distant descendant of Gaspare Marchesi, one of the 11 Italians lynched in 1891 for the murder of police chief David Hennessy. His nickname in the Mob is “Peanuts” because he cracks safes like peanut brittle, and he’s sweet on caramel-colored ladies (just don’t tell his old school lady, capiche?). Rents a house in Audubon Place he uses as a fuck pad for college girls he picks up at Tulane and Loyola.

Born: 1983
Deceased: 2016 (age 32)
Family: The Matrangas
Status: Mafia •••
Position: Caporegime
Sal’s older son. Newly appointed capo in the family business. Previously served in the Afghanistan War as a demolitions expert. His soldiers joke, darkly, that “if some fellas gots a ‘short-fuse’, Guilo’s gots a ‘no-fuse’.” Deceased as of 2016 in mob-related violence.

Born: 1978
Status: Mafia •••
Position: Caporegime
Capo with borderline personality disorder. He’s managed to become capo by being an excellent earner, but his subordinates are growing increasingly tired of his outbursts.

Born: 1964
Family: The Rattis
Status: Mafia ••, Ratti’s Flowers ••
Position: Associate
A squat, bug-eyed Italian florist. Adriano’s flower shop is rumored to be used as a front for many illegal dealings and fencings of contraband, like unmarked guns. The man’s voice is often said to be the most annoying in all of New Orleans.

Born: 1959
Status: Mafia ••
Position: Associate
A body disposal expert from Miami, Corbin likes to say there isn’t a mess he can’t get rid of. Italian on his father’s side and Irish on his father’s side, and thus ineligible to become a made man, but his services remain all-too frequently in demand.

Born: 1989
Status: Mafia •
Position: Associate
Aaron is a two-bit loan shark and bookie connected to the mob without the actual balls to meaningfully get his own hands dirty. He likes to think of himself as a big shot, but is in fact a pansy who’s marginally good at bookkeeping. Prone to boasting to those under him and ass kissing and sniveling to his actual bosses in the mob. 5’6" and Italian as can be, he’s a bit too fond of his cannolis and pasta, weighting in at 180 lbs. Typically found with some kind of food in his hand. Got his start during the Saints’ Superbowl season and brags that he was the mind behind their “Bounty Gate” scandal. Thinks of himself as a playboy, but mostly is on occasion willing to accept sexual favors in exchange for extensions on loans.

Born: 1992
Family: The Rattis
Status: Ratti’s Flowers •
The imperious, pretty-faced bookkeeper for her father Adriano’s flower shop. Her mother died when she was young. The young woman’s good looks are only matched by the haughty miasma that encompasses everything she does, everything she wears. She gives off a peculiar vibe that’s scared off many would-be suitors.

Born: 1985
Died: 2007 (age 22)
Status: Mafia •
Position: Caporegime
Underboss Fat Benny’s son. Had double the looks, but less than half the brains of his father. Liked to do “volunteer work” for his father’s films when not idling his time with his own goon squad or throwing lavish parties. He fancied himself a real capo, but it’s a fantasy no one else shared. He was killed in 2007 during a dispute between the Mafia and the BloodHound Gangstaz.

Born: 1992
Family: The Matrangas
Status: Mafia •
Sal’s younger son. Junkie artist. He’s sought to work directly for the mob a few times, but his father and older brother Guilo have always kept him out until he can “sober up,” which they doubt will be happening anytime soon. He’s a sporadic attendee of Donald O’Keele’s NA meetings.

Born: 1959
Family: The Matrangas
Status: Mafia •
Sal’s wife and frequent visitor to him at OPP. Nicknamed “the Dragon” for her intimidating presence. Jointly raising her granddaughter with her daughter Selena. Has cancer (again) but keeps smoking.

Born: 1987
Family: The Ratcliffs
Status: Mafia •, Orleans Parish Sheriff’s Office •
Position: Deputy (OPSO), associate (Mafia)
Officer who works in Orleans Parish Prison. Long-limbed, lanky, and not particularly intelligent, Jordan has unfortunately become quite ensnared by the local mob and now regularly smuggles contraband for them, sets up victims for beatings, and provides special treatment to members of the mob spending time in lockup (Silver Penny Sal most prominently among them). Jordan is in truth quite lonely and was easy pickings for the mob, which lured him in with female companionship. Lives with his aging physically and emotionally abusive mother (Sheryl) who constantly berates him for his lack of ambition and success in life.

Born: 1952
Family: The Cardonas
Status: Mafia •
Position: Soldato
Father of Vinny and Luciano, former leg-breaker and goon for the Mafia. Great-grandson of Bastiano Incardona, one of the “Infamous 11” hung by the jailhouse mob in 1891. Now “retired” and not part of any crew, he spends a lot of his time, and an increasing amount of his money, losing bets at Harrah’s.

Born: 1975
Status: Mafia •
An aged skirt-chaser, Richard is a fastidiously dressed, kittenish half-Italian. The seedy company he keeps is attributable to his younger days as a high-class male escort. He usually haunts Harrah’s looking for easy lays.

Born: 1989
Family: The Matrangas
Status: Mafia •
Sal’s older daughter. Pregnant out of wedlock by an unknown father and jointly raising her child with her mother Gina. Club singer. Although she doesn’t do as many drugs as her middle brother, she has a reputation for alcohol abuse and promiscuity. For a while, there weren’t many mobsters brave enough to hook up with her, thanks to her father’s position in the mob, but that’s changed since his seemingly indefinite pre-trial lockup in OPP. 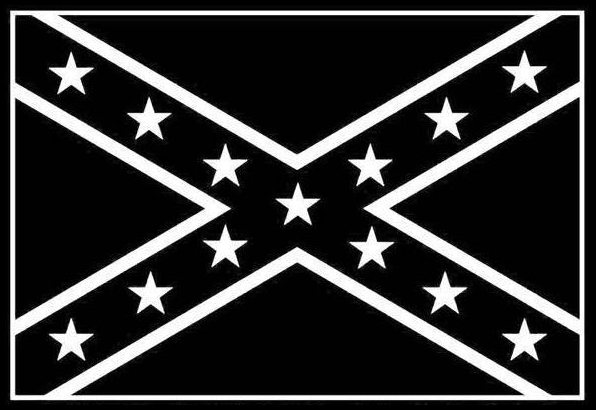 Born: 1969
Status: Dixie Mafia ••
Loan shark and mob associate of Bert Villars who provided Content Not Found: emmett-delacroix with a $10,000 loan to front his outstanding legal fees. His exact role within the Dixie Mafia is unknown, though Villars has also alluded to him being able to falsify new identities (or at least contact those who can).

Born: 2010
Little girl of unknown relation to Bud who sits on his lap when he conducts business, leading him to have a somewhat eccentric reputation. Likes to wish his associates hello and goodbye.