“Public transportation is like a magnifying glass that shows you civilization up close.”
Chris Gethard
“The limousine is the ultimate ego trip, the supreme sign of success. It shouts: ‘Hey, this guy is really and truly Mr. Big.’”
William Proxmire
“I heard an airplane passing overhead. I wished I was on it.”
Charles Bukowski 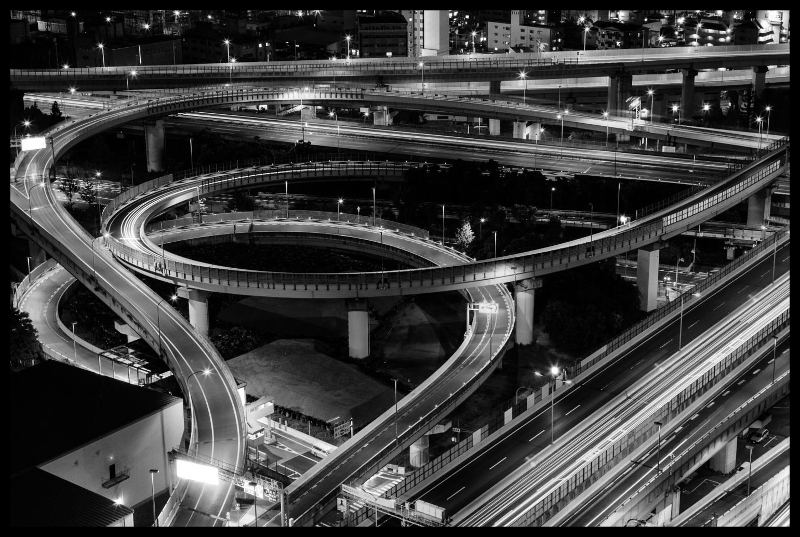 People have to move. They have to travel to and from work, shopping and for business and pleasure. People fly, drive, and travel by train. Goods are hauled over rail, sea, air and via the highways. With the means of moving about, our big old world becomes a much smaller, accessible place. Contacts and allies can be found on the roads, in the airports and in train and bus stations. Those who can be used by characters include: cab drivers, bus drivers, pilots, air traffic controllers, travel firms, sea captains and their crews, border guards, and many, many others.


Born: 1959
MacKeating is the captain of a freighter ship which frequently docks at the Port of New Orleans. Not typically the sort of person one would expect a high-end hotelier like Wayne Thompson to consider an ally, but Coy is the sort of Irishman who knows when it’s best to just take the money and not ask questions. Before the Windsor Court’s closure, he served as Wayne’s transportation man for things which needed to go—or were coming from—across the Atlantic.


Born: 1961
Family: The Browns
Shipyard owner with major contracts related to the US Navy’s merchant marine fleet. Third-generation yard worker now in his mid-50s who bought his way into the industry with his father’s life insurance policy. Ugly rumors have circulated that he killed off his old man for the money, as he died quite young. His years of manual labor have taken their toll in the form of crippling arthritis, but his forearms are still coiled steel ropes. Married to a white woman who his mother still doesn’t approve of. Hoped to leave his business to his son, but the young man would rather pursue his rap career as Douglas “Dougy Two-Toes” Brown. Has a chip on his shoulder despite his success.


Born: 1974
Vinnie is a good ol’ boy who’s risen to the enviable position of manager for the New Orleans Executive Charter limo service. He used to rub Wayne Thompson’s back by recommending clients stay at the Windsor Court, and Wayne would his back by positively insisting that his clients should use the limo company’s service. Wayne would also, on special occasions, lend one of his classic vehicles to Vinnie for clients who requested such a thing. They were friendly with each other, and it fortunately never dawned on Vinnie just how many of Wayne’s VIP clients only traveled at night.

Born: 1981
Status: Oceanic Airlines ••
An ex-Air Force pilot honorably discharged due to injury. He served two tours in Afghanistan between the early 2000s and 2010 on multiple types of aircraft, always single- or double-seat. The Butlers are a career military family, dating all the way back to the Civil War where they proudly served the Confederacy as far north as Arkansas. Over the years, the pride in that Confederate belief waned, with each generation bringing more tolerance until it disappeared entirely. By the time civil rights rolled around, they were marching alongside other activists in the name of equal rights.
Garrett hoped to finish his military career in one of two ways: in life, with grey hair and a horde of grandchildren with which he would share tales of his bravery, or in meaningful death. During the tail end of Garrett’s second tour, a mortar struck Bagram Airfield as he climbed out of his craft. The plane was blown apart with Garrett’s leg caught between two steps of a ladder. It snapped halfway up his femur, severing his leg almost completely, and nearly taking his life from blood loss. On-scene medics were able to save his life, though the leg was a lost cause.
Garrett spent several years in depression back at home, unable to fulfill his chosen mission in life, and dependent on a wheelchair, crutches, or the kindness of his (much too small to carry him) wife. What she lacked in size, she made up for in determination. Her eventual boot to the ass got him out of the house, moving on his own, and applying for civilian careers in the aviation industry.
Now, Garrett is a pilot for Oceanic Airlines, running daily service across the country and sometimes beyond. It isn’t what he wanted to spend his life on, but he persists. They may have taken the ground from him, he likes to say, “but they haven’t clipped my wings.”


Born: 1968
Private helicopter pilot who flew helicopters for special forces during Desert Storm and now flies around tourists and the rich or famous, Micah is a jolly, fit, and handsome man who never settled down, living as a bachelor and ‘playing the field’. Now closing in on 50, he’s mellowing to the party scene and starting to consider where he’s going moving forward, as he doesn’t want to be “that guy with white hair at the party.” Has a sister with kids in New Orleans, to whom he has always played the “cool” uncle and treated as a surrogate family for his emotional needs. Very dapper.


Born: 1962
Senior crane operator for the New Orleans Port Authority, Vince’s already substantial salary is padded by his habitual bribes from various illicit groups for his help in getting illegal shipments through customs and port security. It’s a dangerous game to play, catering to so many different parties, but he’s been playing it for a long time and most would rather turn a blind eye to Vince’s playing of the field than jeopardize their own arrangement with him. He’s put three children through college on that off the books cash. Though he’s had several affairs in his 27 years of marriage, he always comes home to his wife, Cynthia. Whale of a man, chocolate as pudding, topping over 250 lbs, with a scruffy and increasingly gray beard. Has been associated with several efforts to unionize.


Born: 1977
Ex-convict who ratted out a cellmate for early release. Originally from New Jersey (where his birth name was Marcelo “Marky Mudeye” Fiorelli , but was relocated per his request as part of the witness protection program. Shamelessly promotes himself as a tour guide of the Big Easy—while the cab meter is running of course. Has heterochromia (i.e., he’s supposed to wear a brown-colored contact as per WITSEC, but he says it itches something fierce).


Born: 1957
Limo driver at the Executive Charter Limousine Service sometimes employed by Christina Roberts. He works a second job driving carriages in the French Quarter and is relatively well-versed in local history—or at least those portions that make for entertaining trivia to regale tourists with. He dislikes charter schools for closing the century-old public school he attended as a little boy.

Born: 1979
Career cab driver and staunch loyalist to ‘the yellow’. He believes that the arrival of Ryde to New Orleans heralds the end of days for the working cabbie, and only a return to the traditional ways will return the world to the way it should be. He married traditionally at the age of nineteen to a bride many years his junior, and filled his family with nine children by the time the pair moved to the United States in search of a better life in their mid-thirties.
Rajendra makes a meager living in his 2011 Honda Accord taxi, which he calls ‘The Raj Mahal’, and can be seen frequently in the Central Business District. All nine children attend New Orleans public school, as he hopes that he’ll be able to save enough money to send a portion of them to college.
As a parent, Raj is strict, but doting. He isn’t afraid to stick to his promises of sending the family game console out the window, but will find reasons to buy each of his children—and his wife—sweets.


Born: 1988
Family: The McGinnes
Tulane drop-out and tattoo-enthusiast who works in the CBD, Mid-City, and surrounding areas as a bike courier. Descendent of Irish-American portage-laborers and sometime-patron of Danny’s. Sings and plays the electric banjo for the St. John’s Banshees, an all-girl, celtic punk band that has marginal (at best) popularity in the Mid-City and local campuses. Fellow band-members include her sister, Cassidy McGinnes, and Darcy Quillen.