“It is sleep but not sleep, where thoughts are sluggish as thick honey and take years to flow. It is a state where dreams and might-have-beens intercourse with true memories. It is a state where sounds and smells from the deepest recesses of one’s consciousness find their way to the surface again, but disturb the mind no more than a rose petal falling on a still pool of water. Time has no meaning; hunger has no meaning. There is no future. There is no past. There is but an endless and eternal now.”
Philip Maldonato 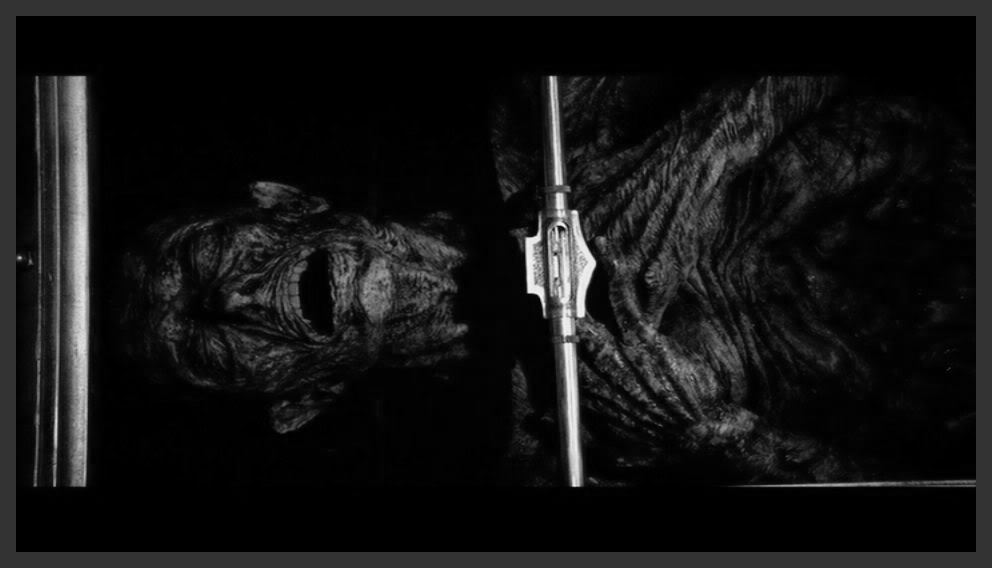 The ancients called sleep the brother of death. This is even more true for vampires than for mortals. Every day, the Kindred enter a sleep that mortal senses and science cannot distinguish from death. The Kindred experience it much as mortals experience sleep.

The Kindred can also enter a deeper sleep, however, in which their souls come even closer to death. The Kindred call this state torpor. A vampire’s daily sleep lasts a few hours, but torpor can last for centuries.

Vampires can enter torpor for the following reasons:

If a vampire is reduced Injured -6 by any means that wouldn’t kill them (banes, decapitation, the total destruction of their entirely bodily volume), they enter torpor. This is one of the primary ways Kindred are so much more resilient than mortals: humans reduced to Injured -6 simply die. Some supernatural powers can also send a vampire into torpor as if through injury.

Any vampire who enters daysleep while at Hunger 10 enters torpor. Any staked vampire who isn’t regularly fed blood eventually enters starvation-induced torpor, as they continue to make nightly Rouse checks.

Vampires can enter torpor out of grief, weariness, ennui, or simple instinct to slumber in a way daysleep can’t satisfy. This kind of torpor is rarer among younger vampires, but almost all elders succumb at some point in their Requiems. Long-lived enough elders may enter torpor more than once. High Blood Potency (especially at 6+ dots) also predisposes a vampire towards torpor: it’s an observed fact that those rare few elders with low Blood Potency scores spend much less time in torpor than their stronger-blooded peers. Some methuselahs are said to spend nearly all of their Requiems patiently slumbering.

A torpid vampire is unaware of their surroundings and can take no actions of any kind. Torpid vampires are essentially sleeping. Most vampires try to enter torpor in secret and defensible resting places, but circumstance does not always permit.

Many torpid vampires report strange, nonsensical dreams that keep their mind active and exercised. Usually, this means they’re prepared to adapt to a new world. Sometimes, this goes awry; there are reports of vampires who wake up as whole new people, or, rarely, with distorted memories of their past existence. Most vampires who enter torpor out of weariness find it deeply restful, like a long sleep after an equally long day. Other vampires report protracted nightmares, fraught with horrific visitations of past atrocities and failures. These are most common among vampires who enter torpor under traumatic rather than voluntary circumstances. Some vampires believe torpor can grant mystic insights into the past and future. Ultimately, torpor is one of the least understood aspects of the vampiric condition. Its very nature makes it difficult to study.

Some rare bloodlines are rumored to know deep secrets about the truths of torpor. They claim to communicate with those in the throes of torpor. They swear they can divine otherworldly knowledge of the realms of the dead from torpor dreams. They suggest the Kindred soul wanders another plane with the specters of history, and comes back with hidden information. Of course, scant evidence exists to substantiate any of these claims. But some Kindred swear by the stories of these haruspices, and some princes (especially ones preparing to enter torpor) keep them as chief advisors.

Torpid vampires do not make nightly Rouse checks for awakening from daysleep, as technically, they never do. The vampire is in a state of suspended animation and not using any of the blood in their system.

A torpid vampire’s appearance decays at roughly the same rate as a dead body. Their skin tightens over their flesh and dries out. Their joints harden, and the top layer of their tissue turns to a faint, ashen dust. After enough years, the vampire resembles a desiccated mummy.

A torpid vampire loses one dot per week (or so) from each of their Physical Attributes, to a minimum of 1. They still retain any dots in Celerity, Fortitude, and Potence, which may take them over this limit.

Torpor can last anywhere from nights to centuries, depending on the vampire’s Blood Potency and the circumstances of their torpor. Many younger licks like to boast they can deliver brutal enough beatings to render a vampire torpid for atypically long time periods, and there is some (slight) degree of truth to that. Torpor effectively lasts for as long as the plot requires, but typically at least until the next story arc. PCs who torpor other vampires (or become torpored themselves) should assume they will not be waking up anytime soon.

Torpor lasts permanently for vampires who enter it out of starvation: they are bereft of vitae to animate their undead bodies. The only way to revive them is through blood.

Vampires who enter torpor from injury or weariness eventually wake up on their own. The vampire is initially groggy, like a mortal just risen from a long sleep, and may be confused or disoriented. Some are known to attack individuals present for their awakening. Feeding usually helps a just-woken vampire get their bearings.

Vampires who enter torpor from starvation can only awaken if fed blood. The taste of blood does so automatically, but the presence of a nearby potential vessel (close enough to smell) can also awaken them if they make a DC 5 Perception roll. The smell of blood lowers this DC to 4. The presence of multiple vessels can lower the DC too. Regardless of how a starving vampire is revived, they will be at Hunger 10 and ravenously thirsty: this calls for frenzy rolls as normal. Individuals who wish to awaken starved vampires from torpor frequently bring a sacrificial victim to prevent the vampire from turning on them.

As described above, vampires who enter torpor from starvation can awaken if fed blood from any source that satisfies their thirst. (Animal blood, for example, is insufficient to rouse most elders.)

Vampires who enter torpor from injury can only awaken if fed blood from a vampire with Blood Potency two or more dots higher than theirs.

Vampires who enter torpor from weariness can only awaken if fed blood like an injured vampire, at first, when they are deepest in their sleep. Over time, less potent blood can awaken them, but some may fail to respond to mortal blood at all, depending upon how deep their “sleep” is.

Vampires in torpor for sufficient lengths of time have withered, corpse-like appearances. Feeding gradually restores them to their former appearance. Once the vampire has slaked 10 total Hunger, they look fully like their old self again.

Every 2 Hunger the vampire slakes also restores one dot from each of their lost Physical Attributes.

If the vampire has lost Blood Potency from torpor, their Blood Potency increases by one dot per story arc, up to a maximum of its old rating. Diablerizing another vampire can immediately restore the formerly torpid vampire’s Blood Potency to (victim’s Blood Potency + 2). For this reason, many elders greatly fear the awakening of the methuselahs and Antediluvians. However, an elder who has just woken from torpor is also at one of their most vulnerable states—after actually being in torpor.