“Let falsehood be your shield,
Let lies be your cloak.”
Control the truth others see,
And you may control truth itself.
Zapathasura’s words to her childer 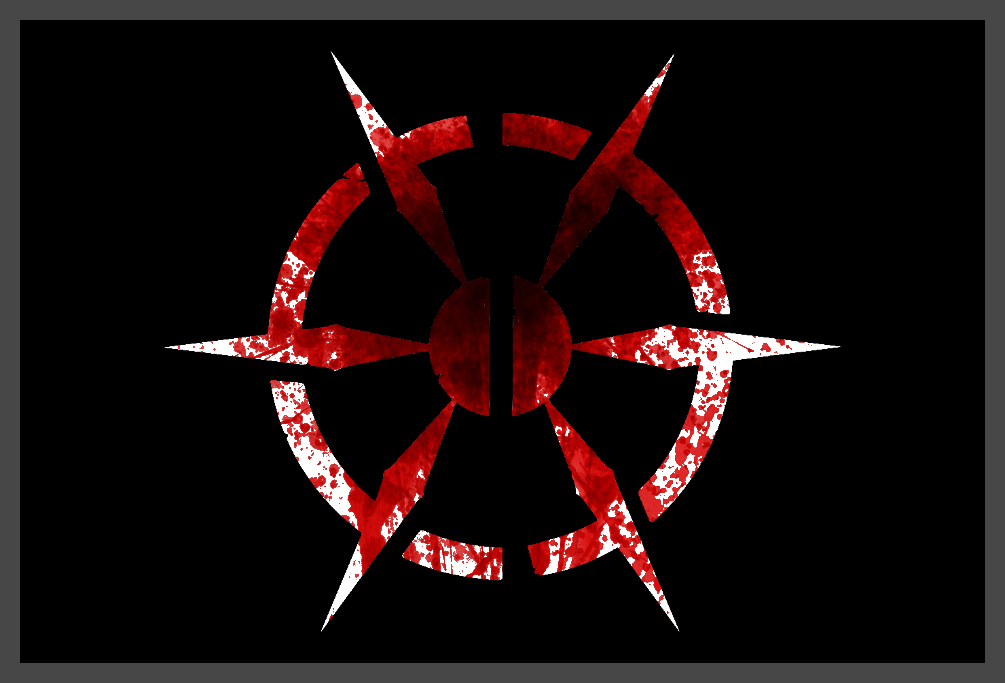 Clan Ravnos has a minor presence in New Orleans. Prince Vidal dislikes the clan, as he considers its members troublemakers and vagabonds, and is disinclined to grant them permission to stay in his city. The deceivers find a more welcoming home in the French Quarter, where Antoine Savoy has fewer objections to their presence. Several Ravnos have even joined the Bourbons over the years. A few deceivers have also found homes among the Anarchs, and in principle, the Baron would likely welcome any Ravnos who shared his faith. Most Ravnos in New Orleans are transients, passing through the city during Mardi Gras and other festivals to enjoy themselves before moving on.

Lineage: 13th gen. childe of unknown sire
Embrace: 2013
Status: Bourbon Sanctified 0, Camarilla 0, Ravnos •
Ambroise was born to an impoverished family on Port-au-prince’s mean streets and survived through petty theft. When he saw a chance to come to America after the 2010 earthquake, he seized it with both hands. Once he arrived in the U.S. however, he realized that he had no marketable skills besides his vibrant personality. Since then, he’s been a pool hustler, card counter, and conman, but where he truly struck gold was with Dr. Voodoo’s Mystic Emporium. His shop panders to tourists, selling them “genuine voodoo articles” and good luck charms at what he assures are very reasonable prices. He also offers to curse people for the right price and makes a grand spectacle out of the ceremonies he invites clients to. Of course, he holds no actual power, and actually knows very little about Vodoun. It’s all a show. Yet he knows how to draw crowds. “The Lonely Planet” even called him the best “voodoo doctor” in New Orleans, a title he has gladly taken as his moniker. It’s unclear at what point he was Embraced, and by whom, but it doesn’t seem to have significantly changed his modus operandi. The Baron’s followers are particularly disgusted by his commercialization of their religion.

Lineage: 12th gen. childe of Tyrell Turner
Embrace: 2014
Status: Bourbon Sanctified 0, Camarilla 0, Ravnos •
A street magician who performs around Jackson Square, Elias is always one of the tourists’ favorites, and considered something of a “rare treat” to watch given that he only appears after dark. He has a popular MeVid channel where he posts many of his performances: true to a magician’s spirit, he refuses to disclose the secrets behind his tricks even to fellow Kindred. His “lovely assistant” and faithful ghoul, Lindsay, is rarely far from his side. Something of a lady’s man, Elias is very popular with teenage and 20something female tourists and feeds primarily upon white girls he’s dazzled with his magic tricks. He jokes about preferring the taste of “the white meat.”

Lineage: 11th gen. childe of Shejana Džugi
Embrace: 1998
Status: Anarch •, Camarilla •, Ravnos •
Coterie: OXR ••
Tyrell is out of the city more often than not with his krewemate Andromeda Brooks. While she performs, he uses his time to rub elbows with antique collectors and dealers so he can bring them back to the city to sell at his store, Anecdotes. He doesn’t seem particularly interested in Kindred politics but has a nominal investment in the Anarch Movement, though some say that his neutrality is simply because of how frequently he travels: after all, he needs to be able to make friends everywhere if he wants to do business within the domains of other licks and expect to be invited back. He’s rather warm and sunny for a lick that’s decades old and likes to tell stories about his time in the war, though he’s never clarified which war. He has a soft spot for “undesirables” and enjoys collecting things.


Ghouled: 1998
Status: Ghouls •
Raveena has been with Tyrell since he opened his shop in the late ‘90s. She either doesn’t have an eye or wears her patch out of solidarity with her domitor, no one is quite sure. Unlike Tyrell, though, her patch always remains on the one side. Regardless of who she is and where she came from, the girl has an affinity for sniffing out “real” antiques that are actually worth something, as opposed to the touristy-trash that most people bring her way. Still, she’s happy to scam anyone who doesn’t know the difference. Raveena is loyal enough that even when Tyrell is gone for months on end “chasing a deal,” she’s still there waiting for him when he comes back. She’s also taken remarkably well to managing the online store for a woman her age.


Ghouled: 2012
Status: Ghouls •
Kevin joined Tyrell after the lick watched him put someone’s face through a brick wall. It wasn’t so much the fact that the face went through the wall, which Tyrell has seen often enough from the Brujah he hangs out with, but the unflinching, cold way that the man did it. He’d just wiped the blood spatter off his coat as if it didn’t mean anything and left the corpse behind, never once giving a fuck that there were at least a dozen witnesses. Tyrell caught up with him and learned the man had once been some sort of army guy, the kind who gets answers out of people at any cost, and since his discharge he’s been picking up odd jobs for the local Mafia without really getting in too deep. He was happy to accept Tyrell’s offer to serve as muscle, and the man accompanies him on his trips out of state.


Lineage: 12th gen. childe of unknown sire
Embrace: 2013
Status: Bourbon Sanctified 0, Camarilla 0, Circle of the Crone 0, Ravnos 0
Yellow Sidra is all things to all people. She at least nominally belongs to the Circle of the Crone, but it’s unclear exactly what belief system she follows; she’ll variously claim to be a devotee of Erzulie, Papa Legba, Lilith, Kali Mata, Santa Muerte, or no god/dess at all, depending who she’s talking to. Sometimes she’s Roma, sometimes she’s Mexican, and sometimes she’s Indian (American Indian or East Indian). She’s variously claimed to be a Caitiff, Tremere, Ravnos (of the line of Durga Syn, a great seeress of the clan), and Malkavian (of the line of Tryphosa, a greet seeress of that clan). The only clearly established things about her is that she’s a fortune-teller active in Jackson Square, claims to have great prophetic gifts, and will exercise them in exchange for payments in cash, blood, and future favors. It’s unknown from where she gets her sobriquet of “Yellow”, but people who don’t want to use her “full name” just call her Sidra. It’s only been in recent months that other licks, tired of her various contradictory claims of lineage, have “definitively” lumped her in with the Ravnos.

Lineage: 10th gen. childe of unknown sire
Embrace: Unknown
Final Death: 2015
Status: Bourbon Sanctified ••, Camarilla 0, Ravnos ••
Ask who Pollard was in life or when he was Embraced, and he’ll spin you any of a hundred different stories. Some nights he’s a a German nobleman turned traveling charlatan from the 18th century; other nights, he’s a drug kingpin from the ‘80s. Perhaps the truth lies somewhere in the middle, or perhaps it doesn’t; no one can say for sure with Pollard. He showed up in the city after Katrina and was soon waist-deep in the Quarter’s criminal enterprises while serving as one of Antoine Savoy’s more trusted agents. He Embraced an illegal childe in Isabelle “Isa” Suarez during 2011 and was found out by Vidal’s agents, but gave them the slip until 2015, when he was finally apprehended by Charles “Charlie” Harrison. The prince left him staked for the sun.

Lineage: 11th gen. childe of Marcus Pollard
Embrace: 2011
Final Death: 2016 (5 years undead)
Status: Anarch •, Camarilla 0, Ravnos 0
Coterie: Night Axels •
A petty criminal illegally Embraced in an act of passion, Isa was granted permission to dwell in New Orleans by Philip Maldonato after she betrayed her sire to the Guard de Ville. Isa fell in with Shep Jennings’ krewe of Anarchs and did nothing of particular note with her Requiem until 2016, when she baited Rocco Agnello into physically attacking her at Elysium. This action caused the hound great shame and loss of face, and almost certainly would have resulted in his exile from the city were he not a valued agent in Vidal’s service. Isa was torn to shreds shortly thereafter by Agnello’s feared sire, Caitlin Meadows. Her final death was mourned by few.