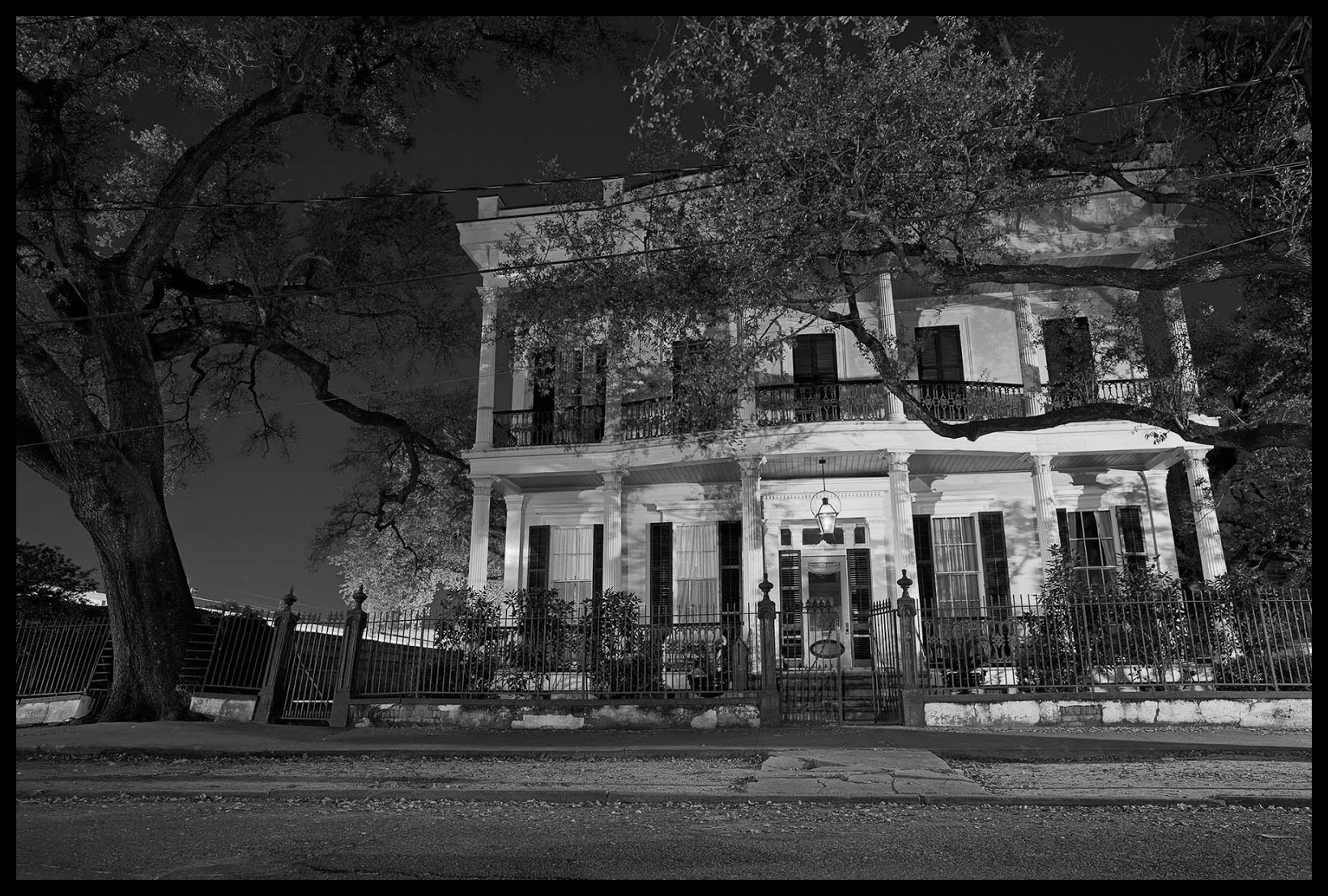 Bordering the CBD to the southwest is the Lower Garden District, the old and faded sibling to the younger Garden District. In earlier nights, this area was one of the most elegant suburbs in the entire country. It was designed in a Greek-revival style, with tree-lined thoroughfares and homes that were built to hew to a classic Greek revival faubourg aesthetic. Where the streets in Faubourg Marigny reflect their district’s patron’s quirkiness, so too do the streets in the Lower Garden District reflect the personality of their designer. When the district was planned in the 19th century, surveyor Barthélémy Lafon intended for it to be the ultimate in urban design. The streets were all named after Greek gods and nymphs—including a series of intersecting blocks named after the Muses—and the elite who came to live here added their own Greek appreciation to the mix, constructing columned galleries, cultivated gardens and prettified gazebos. The early cast-iron craze struck the residents of this district perhaps the hardest, and just about every attractive home in the area was adorned and/or fenced with ornate metallic designs, lending the district an overall aura of grace.

The district’s glory days are long gone, however. The same wealthy elite that had so long supported the growth of the area soon moved uptown, to the newer Garden District, where all the real action was. Many of the beautiful homes left behind were divided into rental units for the many immigrants who drifted into the city in hopes of finding work. Housing projects further eroded the area’s former charm, and with the opening of the Mississippi River Bridge, traffic and noise came to the once quiet neighborhood. Only recently, following the closure of the bridge ramp, have investors and shop owners once again taken an interest in the area, but the district’s reinvigoration is an uphill battle, to say the least.

Pearl Chastain
Lineage: 6th gen. childe of unknown sire, e. many centuries ago
Status: Camarilla ••••, Invictus •••••, Toreador •••
For decades upon decades, the Lower Garden District has been the home of the eldest member of the city’s Cabildo, the Toreador Pearl Chastain. She claims to have been instrumental in the original development of the region and even Embraced its surveyor Barthélémy Lafon (since destroyed in Hurricane Katrina). When the Lower Garden District skyrocketed in wealth and prestige, drawing in the rich and famous from all over the country, Pearl basked in the appreciation of both herself and her kind. When the area’s star fell, she remained, head held high. Among the Kindred, Pearl has come to be synonymous with the Lower Garden District, and many believe that nothing and no one could ever get her to abandon it now.
Pearl is infamous for her protectiveness of the neighborhood, and has made very clear that because she’s been a resident of New Orleans for longer than just about anyone else, she will decide who her neighbors are going to be. Most of them are her childer and Ventrue or Toreador in good standing; Anarchs and members of “low clans,” much less riffraff like Caitiff and thin-bloods, are decidedly unwelcome. The Lower Garden District, together with its slightly more modernized sibling to the south, is often referred to by neonates as “Elderville” for this reason.

Philip Maldonato
Lineage: 7th gen. childe of Shu’ayb al-Mohager, e. many centuries ago
Status: Camarilla •••••, Hardline Sanctified ••••, Lasombra ••••
The one neighbor Pearl seems to appreciate most is her fellow elder, Philip Maldonato, who has not only maintained a haven here for well over a century (despite holding regency over the Central Business District), but has also gotten personally involved in the welfare and preservation of the district. Ever the gentleman, Maldonato has always bowed to Chastain’s love of the area, and rarely makes a substantive move regarding the district without first consulting her. 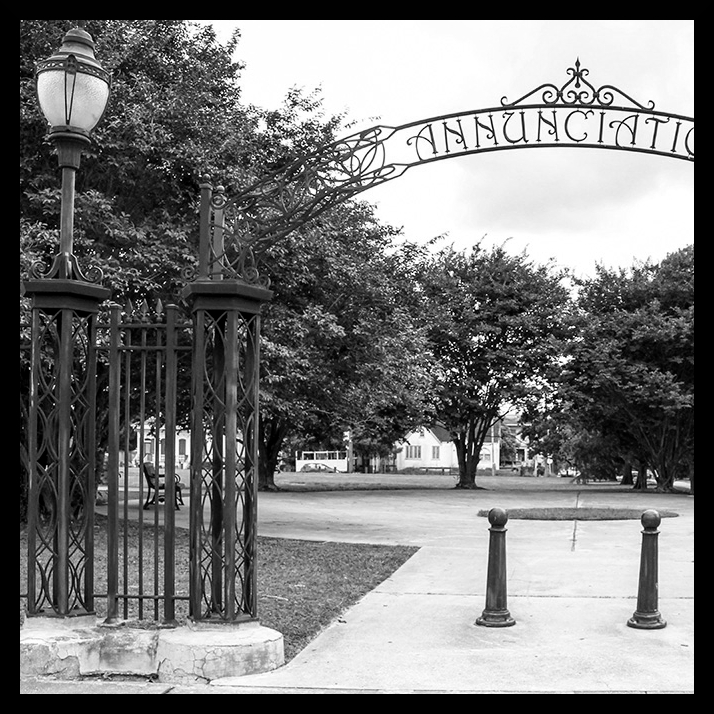 
3.5-acre square that once formed a center for the once-exclusive Antebellum neighborhoods. In 1807, Surveyor General Barthélémy Lafon laid out two adjoining plantations into lots and squares, one subdivision called Faubourg Lacourse and the other Faubourg Annunciation. In the middle of the two subdivisions was a square named Place de l’Annunciation. In 1854, the City of New Orleans purchased the Square and designated it for public use. The square’s current configuration was designed by a local firm in 1989.
Covering one large city block, the square is bordered by streets and sidewalks on all sides. A recreation center, basketball court, and formal entrance are located along the northern edge of the parcel. The entrance there is framed by a metal gateway and black metal lamp posts. The gateway leads to a circular concrete pad with grass at its center and encircled by mature-canopy trees. A playground and picnic area extends along the eastern edge of the square. The remainder of the parcel is separated from the surrounding sidewalks by wooden posts. Most of the square comprises a large multi-use field, which extends to its southern boundary, while a rectangular open field forms its western edge. Concrete sidewalks divide the individual sections of the square, which is otherwise open. 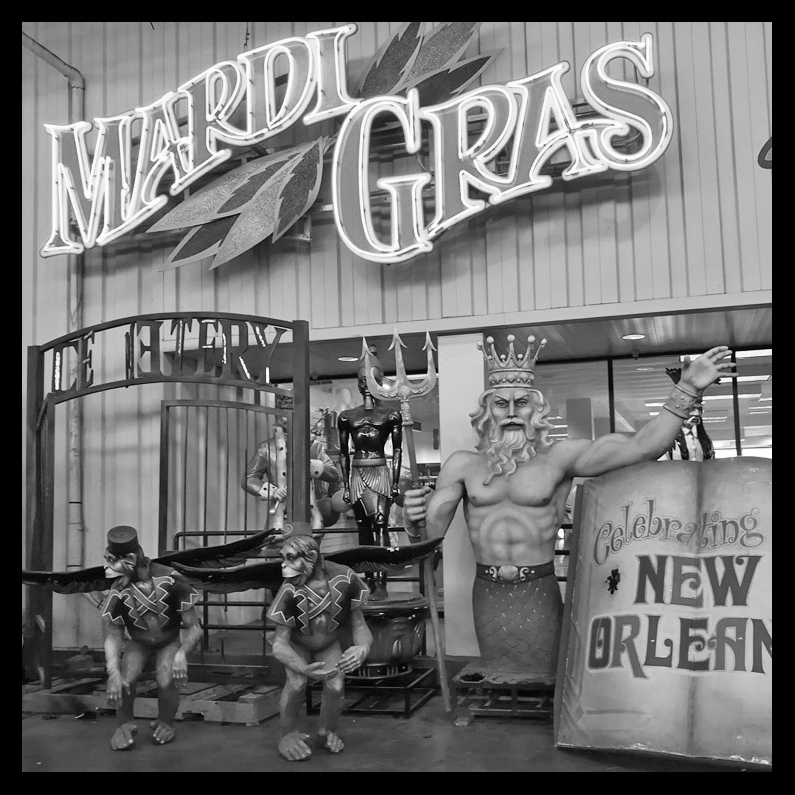 
Tourist attraction where floats are made for Mardi Gras. 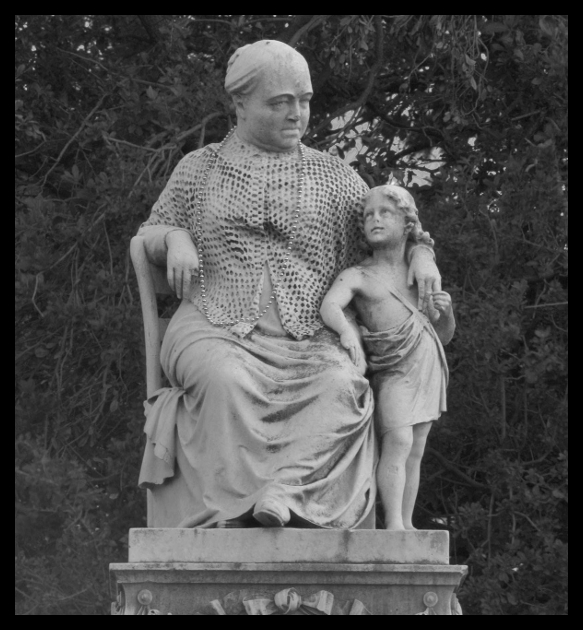 
Statue of Margaret Haughery, a now-obscure Irish philanthropist considered an all but living saint to the city’s orphans, widows, and destitute during her time. First statue dedicated to an historical woman erected in the United States according to Smithsonian. 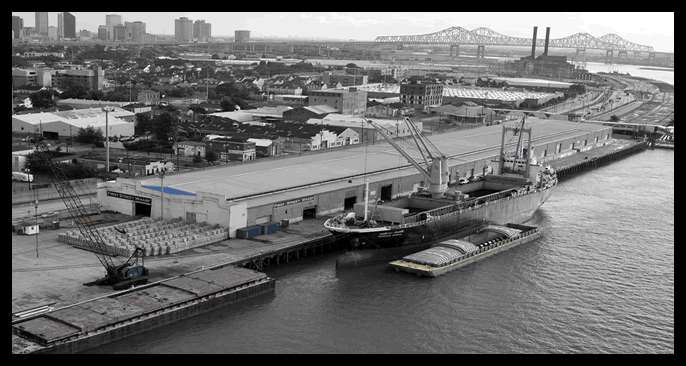 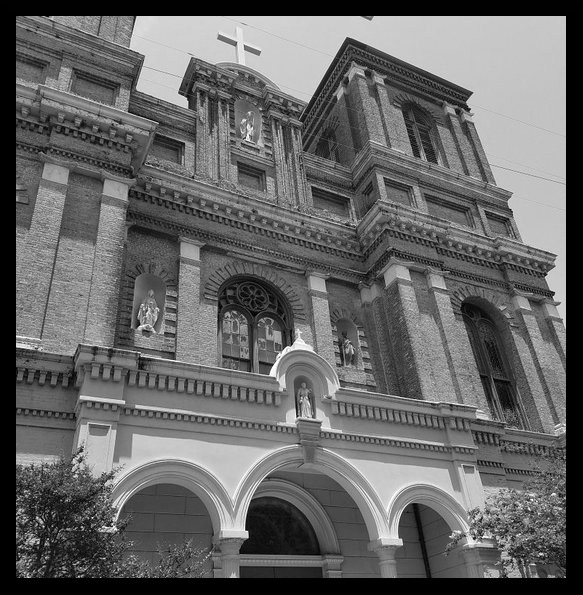 
Historic church and one of the few surviving national examples of a richly multi-colored church interior predating the 1870s, as well as a high quality example of ecclesiastical Italianate architecture. It was declared a National Historic Landmark in 1996 for its architectural significance. Completed in 1857, St. Alphonsus served as a Roman Catholic church for the Irish Catholic community. (Other churches nearby served the Francophone and Germanic Catholic communities.) After church parishes were merged, St. Alphonsus was closed in 1979. In the 1980s it was taken over by a local community group and now serves a community center. 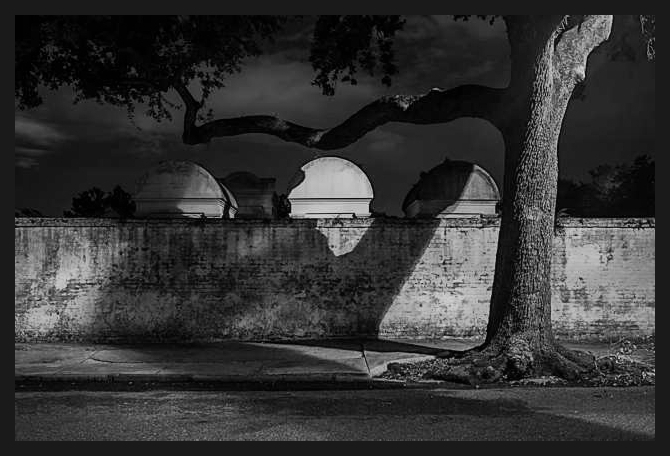