“The library is inhabited by spirits that come out of the pages at night.”
—Isabelle Allende

“One glance at a book and you hear the voice of another person, perhaps someone dead for 1,000 years. To read is to voyage through time.”
—Carl Sagan 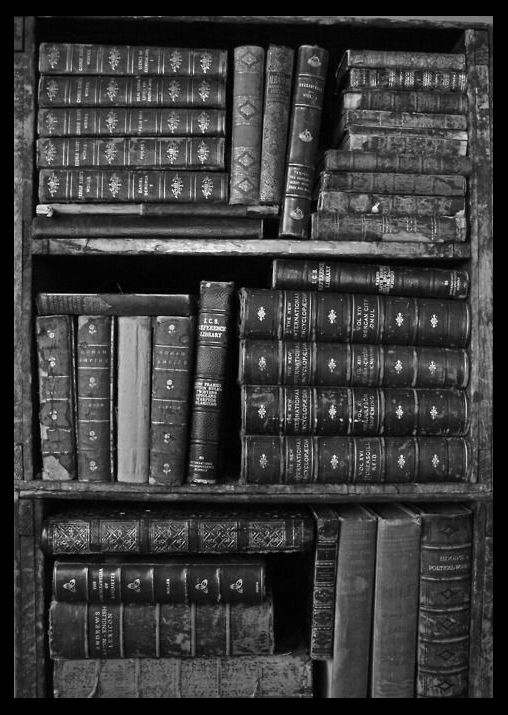 There is a door.
And through the door there is a hall, and down that hall there is a stair, and up that stair there is a factory.
Abandoned.
Flooded by Katrina
and never rebuilt.
Its entrances have all been sealed off.
Save the one. 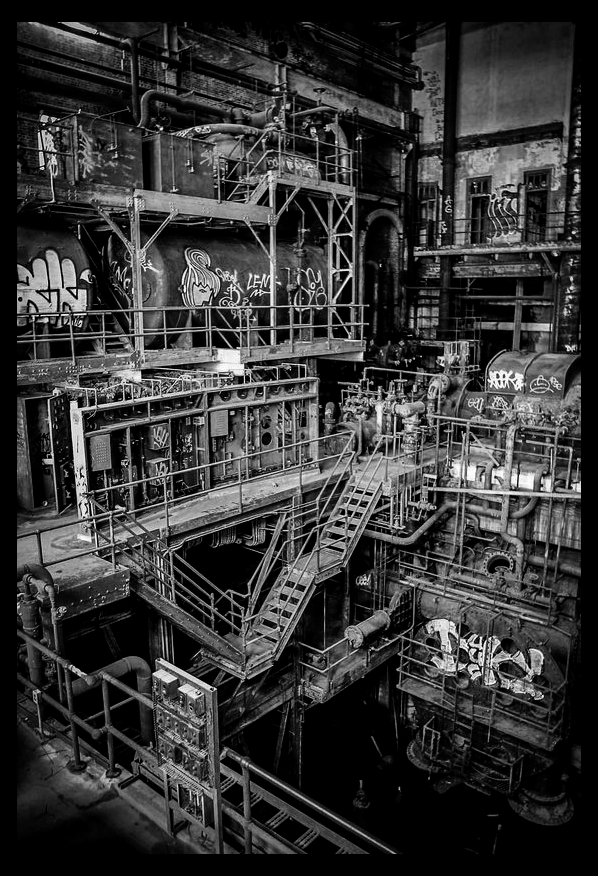 Don’t judge a book by its cover.

Come inside, friend. Up the spiral staircase.
Mind the rotting floors and crumbling walls.
Walk until you start to wonder if you took a wrong turn
or if this is all a cruel joke. 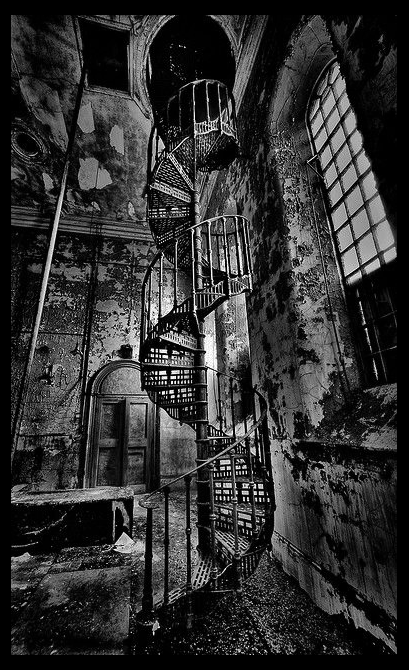 It happens very slowly, then all at once:
Dismay gives way to decadence. 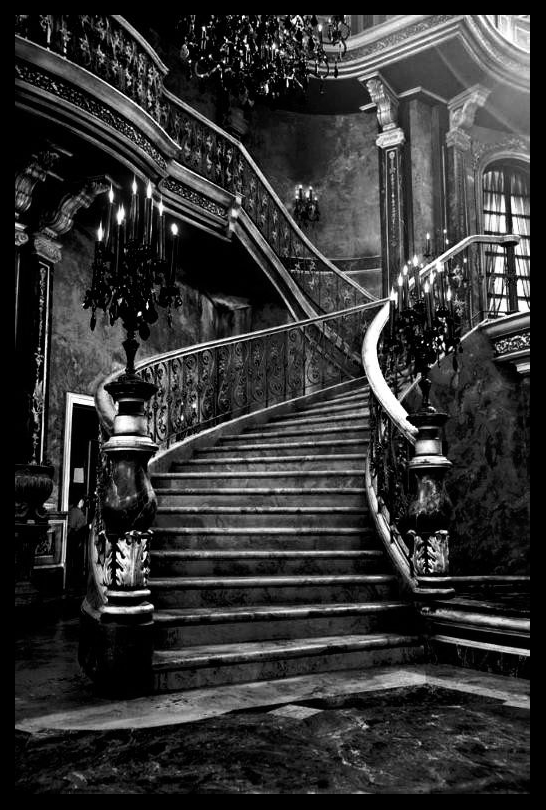 The pen is mightier than the sword.

Feast your eyes upon it.
Thousands of tomes,
hidden histories,
you could learn everything.
Enough to satisfy even your burning desire. 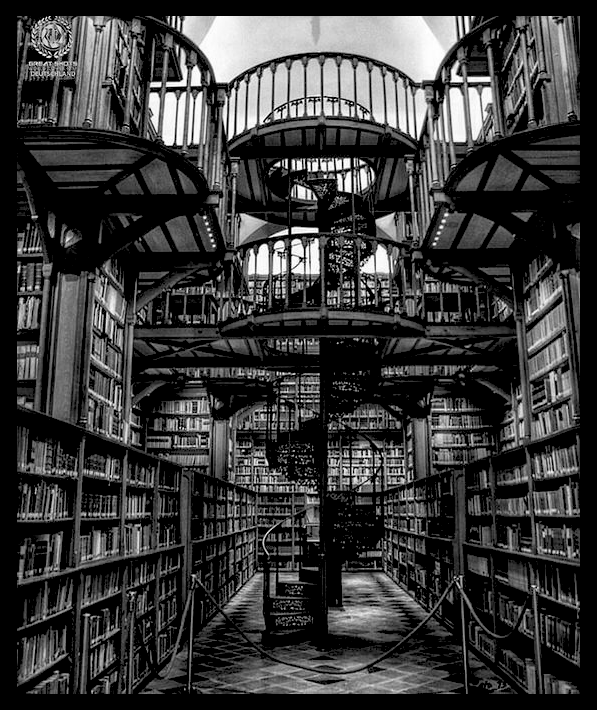 Ware the Keepers, though.
Everything has a price. 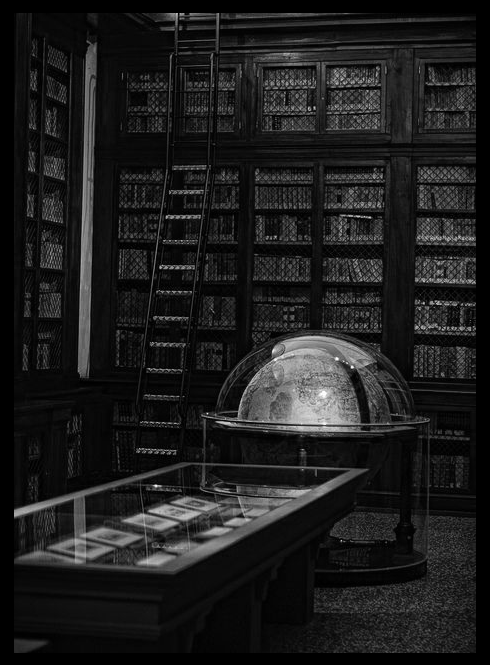 Some say that the library exists outside of space and time. It’s in a different place, a quieter place. A place where the veil is thin and all manners of creatures cross over, where Kindred are no longer the only kings in the night.

There’s an aura of discomfit there. Steps don’t echo like they should. Statues aren’t always in the same places or poses they were last time. Sometimes people go in and they just… disappear. Swallowed by the stacks.

It’s heavy, the air inside. Dusty. Oppressive, really, like the shadows that never quite disperse, that are always waiting at the edges of the candle. Voices are hushed, screams are devoured before they ever make it past the lips. The only sound that ever resonates is the turning of old paper.

And the ringing of the bells.

The bells. Always the bells. The chime, they toll, they peal.

The bells are the only heralds of the Keepers of Lore. Ghoul, ghost, fiend: whatever word you wish to call them by they are as silent as the moonless sky. Their footsteps make not a sound as they traverse the hallowed halls, and they are quick to shush any visitors whose voice carries too loudly. For all that, though, they are dedicated librarians. Ask them what you seek and they will flit down the hall, up staircases, leap from shelf to shelf as if the shadows themselves are doorways. They do not speak, they do not write, they do not sign. They just jingle-jangle with each step.

Collared, one and all: some in leather, some in lace, some in simple chains of gold and silver. And the bells, of course, at wrist and throat and groin, fastened to the cuffs and collars, though some just pierce the flesh itself off the ghoul to whom it belongs. If there’s a status to be found in the collars of the Keepers of Lore none have spoken of it to any outsider.

The ghouls do not tolerate being touched. You slake your hunger before you arrive lest you find yourself with a quick stake to the heart, a new ornament in the “unusual collections” room.

Nor does the library tolerate turf, domain, or faction wars. Books are precious and knowledge is neutral. Any tusslers within the confines of the library will find their card revoked and an angry Keeper on their heels. Remember: the house always wins.

There is a sign posted in front of the Library, as follows:

To receive, you must give
Quiet is as quiet does
All those who wander are lost
Once is enough
Keep your hands inside the cart
War does not determine who is right
Everything you’ve wanted is on the other side of fear.

The Library is staffed by ghouls, each of them loyal only to The Librarian and the Library itself. They wear bells at three places: collar, wrist, groin. The females occasionally wear bells that pierce their nipples, though no one has any explanation as to why some do and some do not. Aside from their bells and collars, they are nude.

A careful listener can tell apart the chimes that ring from the different ghouls.