“Summary of Leviathan: The axiom, fear; the method, logic; the conclusion, despotism.”
Hugh Redwald Tervor-Roper
“There is a natural aristocracy among men. The grounds of this are virtue and talents.”
Thomas Jefferson
“History is filled with the sound of silken slippers going downstairs and wooden shoes coming up.”
Voltaire 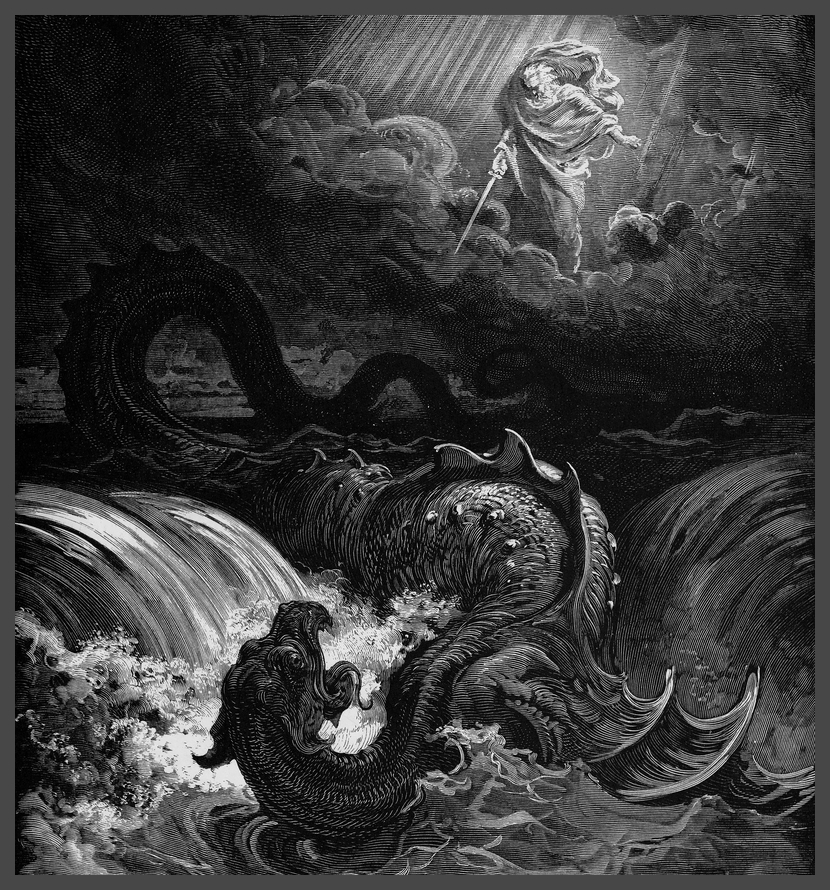 The Leviathans, as they are publicly known, formed in early 2016 during the Cairo Accords when they were brought together to provide additional security for the event. Its founding members bound themselves together in the collective diablerie of captured Sabbat leaders following their successful attack on a Sabbat pack. At the recommendation of Caroline Malveaux-Devillers to Philip Maldonato, the three Lasombra were then invited to New Orleans: ostensibly to be among its first Lasombra residents, but in truth to help facilitate Malveaux-Devillers’ assassination of the treacherous Sheriff Donovan.

They were further forged into a group during the Battle of Mt. Carmel, facing tremendous odds against older and more powerful Kindred during the destruction of the sheriff and their subsequent battles.

In the years since, the Leviathans have become a fixture within the city and a very overt symbol of Clan Lasombra’s “acceptance” by virtue of three keepers’ close proximity to the prince’s sole childe. They publicly withstood several follow-on challenges in the 2016 Battle of the Arts District and follow-on conflicts, carving out surprisingly prosperous individual domains in the shadow of greater Hardliner losses. Although the victorious Bourbons and Crones seized the majority of the domains and influence opened up by their conquests, the Leviathans were quick to snatch up ghouls, territory, and assets from Vidal’s fallen partisans under their collective umbrella before dividing them up individually. The habit, and their name, received more than a few unkind comments at Elysium.

Notionally bound together by collective self-interest, outsiders have found it surprisingly difficult to drive wedges between the group’s otherwise ambitious and conniving members.

“The Lasombra are different. They may want off the psycho-carnival ride that is the Sabbat, but they’re not the same as the city’s other Kindred. Their morals and virtues remain very different—harder, colder, and more calculating. They’re no true childer of the Camarilla.”
“But then, as an illegally Embraced once-fledgling, neither am I.”
Caroline Malveaux-Devillers


Lineage: 7th gen. childe of Augusto Vidal
Embrace: 2015
Status: Camarilla •, Hardline Sanctified •, Ventrue •
Coteries: Augusto Vidal’s inner circle, Guard de Ville ••, Low Table •••, Leviathan Committee •••, Red Right Hand •••
Caroline Malveaux-Devillers is the informal but undisputed “leader” of the Leviathan Committee. Present during the “founding” of the krewe in Cairo in 2016, and partaking of the same dark act to cement her status among them, she set the levers in motion to bring them to New Orleans and further forged them into a united group during the Battle of Mt. Carmel that followed. She coined both their public “Leviathans” name and the more private “Leviathan Committee” in the aftermath of the battle. In the years since, she has worked to bring them together on projects, always playing to mutual interest rather than simple fellowship.


Lineage: 9th gen. childe of Suleiman ibn Abdelmalek
Embrace: 2005
Status: Camarilla 0, Invictus 0, Lasombra ••
Coteries: Leviathan Committee ••, Low Table ••
A boy genius Embraced at the age of 10, Conroy was present at the “founding” of the Leviathan Committee in Cairo where he sealed his fellowship with the others in the group through the same dark act. He relocated to New Orleans at the invitation of Malveaux-Devillers (though he extracted the most significant concessions of the three Lasombra) and has since worked to establish his influence within the city, including siring a childe. He further cemented his membership in the coterie through fighting in the 2016 Battle of Mt. Carmel. His cunning and ruthlessness has made him the architect of several successful plots by the group, and what he lacks in physical potency due to his small body he makes up for in facility at crushing and enslaving the wills of others.


Lineage: 10th gen. childe of Shadya Kanaan
Embrace: 2001
Status: Camarilla 0, Lasombra ••, Unaligned
Coteries: Leviathan Committee ••, Low Table ••
Talibah Mahmoud was present at the “founding” of the Leviathan Committee in Cairo where she sealed her fellowship with the others in the group through the same dark act. She relocated to New Orleans and further cemented her membership in the coterie during the fighting in the 2016 Battle of Mt. Carmel. She spends most of her time studying the Abyss and other occult avenues of power (she’s particularly eager to learn necromancy), but provides eldritch support for other Leviathans and is the most capable blood magician among them.


Lineage: 10th gen. childe of Conroy Westphal
Embrace: 2016
Status: Camarilla 0, Lasombra •, Invictus 0
Coteries: Guard de Ville ••, Leviathan Committee ••, Low Table ••
Roger Ferris was a latecomer to the Leviathans, joining after his Embrace during the 2016 Battle of Mt. Carmel. He later affirmed his membership through the same dark act the others had. Though noticeably younger (at least in Kindred years) and weaker than his coterie-mates in supernatural potency, his background and cunning has earned him a place among them as an equal despite his status as one of their childer.

Lineage: 11th gen. childe of Leon “8-Ball” White
Embrace: 1988
Final Death: 2016 (28 years undead)
Status: Anarch Movement ••, Bourbon Sanctified •, Camarilla 0, Lasombra •
Coteries: Leviathan Committee ••, OXR •••
Nico Cimpreon was one of the “founders” of the Leviathan Committee in Cairo, and was happy to relocate to New Orleans when Malveaux-Devillers extended the offer alongside news that his banishment for his earlier conflict Sheriff Donovan had been lifted. He fought alongside the nascent krewe and died during the 2016 Battle of Mt. Carmel at Donovan’s hands.