“Remember, my childer
We all must ride with Charon, by and by
Know what to ask him
before you enter his boat.”
Cappadocius’ words to his childer 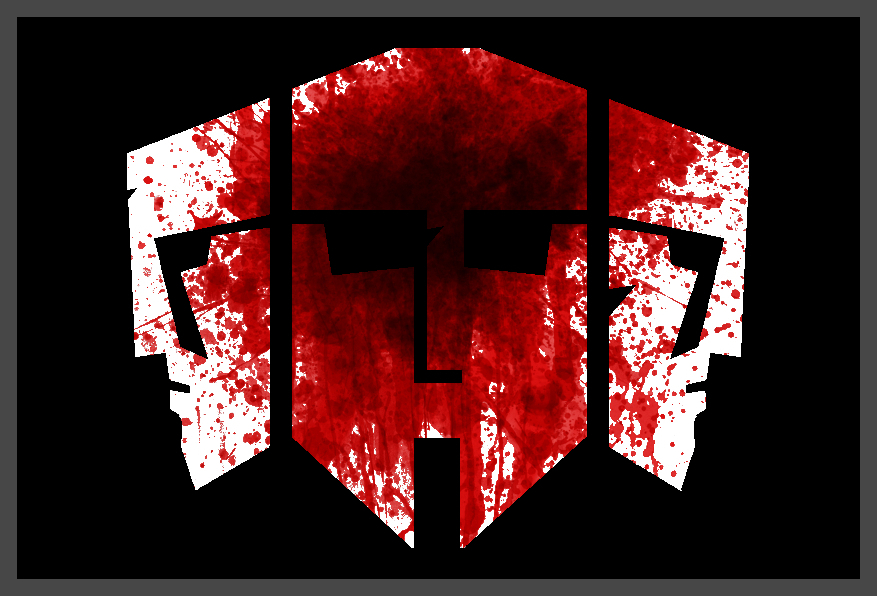 
Lineage: Unknown
Embrace: Unknown
Status: Camarilla •••••, Circle of the Crone •••••, Hecata •••••
Coterie: The Baron’s inner circle
The inscrutable Baron Cimitière is Augusto Vidal’s second great rival and a houngan in Baron Samedi’s service who leads an enormous flock among the city’s Vodouisants—Kindred and mortal. He seems to have minimal interest in becoming prince himself, yet remains steadfast in his opposition to the throne’s other two contenders.


Ghouled: 1839 and 2008
Status: Ghouls •••• and ••
True to their joint moniker, Baron Cimitiere’s heralds are twins known as powerful houngans, collectively possessing the authority of both a houngan asogwe (high priest) and houngan sur pwen (junior priest), although amongst other circles they are regarded as fell bokor—whose sorcerous power is allegedly amplified or weakened depending upon whether the pair are close or distant, respectively. Ascertaining the truth of this rumor, is all but impossible though, as the Jumeaux (whose individual names were reputedly sacrificed to loa) are seemingly always together. Indeed, the pair have only been known to be separated once: when one of the Jumeaux vanished during the ‘40s, allegedly killed by Vidal’s agents. Although the survivor was devastated, his loss was tempered by the fact his brother reappeared in the aftermath of Hurricane Katrina. The two claim the lost brother’s soul was reincarnated in a new body and subsequently ghouled by the Baron once he was of age to match his twin.


Lineage: 8th gen. childe of Alegraza “Gros Mama Al” Giovannini
Embrace: 1883
Status: Hecata •••
Sindaco of Slidell, Capo of St. Tammany Parish, soldato emeritus, and Inviato of Clan Giovanni and his sire Padrona Alegraza Giovanni. Besides his insular, if iron-grip over his parish and mortally descended clan of inbred, cannibalistic rednecks, Cletus is presently known for his control over Textron, a multi-billion military-industrial company; his nominal alliance with Antoine Savoy; and his recent clashes with such notable trespassers as John Harley Matheson and Rocco Agnello. The former altercation spurred Cletus’ participation in George Vernon Smith’s 2015 trial; whereas, the latter led to Cletus hosting a soiree that included Camarilla luminaries such as Seneschal Maldonato (in spirit), Roderick Durant, Elyse Benson, and heralds of Miss Opal and Coco Duquette. A devoted ‘family man’, Cletus is also known for siring at least three childer, namely the single-blooded Buford Tebow and Bobbi Jo Boggs and double-blooded Isabelica Calero-Pisanob.


Ghouled: 1994
Notable Boggs patriarch, Vietnam War criminal, and military-industrial board member of Textron. His first wife, Shirlene-Sue was murdered approximately 30 years ago by Cletus, but not before she bore Calhoun four children: Audrey-Mae, Elrod Bocephus, Floyd Mason, and Wynona-Lynn. He remarried his youngest daughter, who has since born him three more sons: John-Boy, Junior, and Bubba Jesus.


Ghouled: 1916
Cletus’ clubfooted bastard who functions as the patriarch’s’ primary herald in NOLA. Current and frequent resident of the Quarter’s Italian House. One of the Boggs’ foremost necromancers who has spent decades researching potential means of creating Boggs revenants. Cannibal, necrophiliac, and serial killer by proxy. Usually accompanied by his surrogate mother-servant, Bambi Earlene Boggs—or at least her zombified remains.


Ghouled: 1936
Evangelist whose mouth all but smokes from the heat of his fire and brimstone sermons. He isn’t actually a certified reverend, but he ate one for dinner, and in the eyes on his kin that’s good enough to establish his spiritual authority. The clan’s native reverend has no physical church, but travels throughout the parish, conducting sermons and sacraments with impromptu fireside and tent-staked revivals. Although far from lacking funds, Reverend Boggs always wears the same stained, threadbare black suit, ecclesiastical collar, and flat-brimmed preacher’s hat: all mementos taken off the corpse he devoured to obtain his bonafides. Wilbur himself is a middle-aged man with Boggs-blond hair streaked through with gray, a thick mustache and bushy eyebrows that bunch together when he rails against God’s enemies—or fights a similarly pernicious war against man-flesh indigestion.


Ghouled: 2005
Slidell’s five-term mayor and political boss of St. Tammany parish who also happens to be a cannibalistic gourmand and child-molester.


Ghouled: 1995
Boggs’ head of surveillance, telecommunications, and electronics that has resided and worked at the plantation manor since receiving the Proxy Kiss from Cletus in the early 1980s. Nine-year Army veteran who was initially drafted during Vietnam and worked for ECOM before becoming Slidell’s primary cable guy. Afflicted by childhood malnourishment and rickets. Currently single.


Ghouled: 2012
Elderly wife of parish president whose sociopolitical influence has only grown since her husband’s ‘accident’ that left his larynx damaged. Despite her husband’s iconic use of a respirator, Lucile smokes constantly, claiming she now has to smoke “fer right two of us.” Unbeknownst to both her husband and his domitor, Lucile was recently ghouled by Cletus to further tighten the Boggs’ grip on local politics. Despite her age, “Buttermouth” is still known as one of the parish’s best ‘bone-smokers’, and regularly gives lessons to the Camarilla Debutantes. Her other hobbies include enticing local “negroid” children to shoot each other with high-pressure BB guns, with the winning prize going to the kid who makes all the others “cry uncle.”


Lineage: Unknown
Embrace: Unknown
Status: Camarilla ••, Circle of the Crone •••, Hecata •••
Coterie: The Baron’s inner circle
Among all the Baron’s followers, Malia is the the greatest servant of the loa and the most potent blood sorcerer after the Samedi houngan himself. Where Lidia Kendall serves as the Baron’s right hand in his control over the city’s gangs and criminal elements, Malia serves as the Baron’s left hand in matters of faith. She is a mambo in her own right and leads his congregations (mortal and vampiric) alongside him and sometimes in place of him. Little is known of her origins. She appeared out of nowhere during the early 20th century, some say as an immigrant from Haiti, but she has answered no questions as to her past. Her own self matters but little next to the will of Les Invisibles. She has given herself over to possession by the loa on countless occasions and sometimes there seems to be little of her original personality left. She is given frequently to trances and strange behaviors that make little sense to her covenant members: only the Baron’s presence seems able to compel her to complete lucidity. For many years, she was presumed to be a Malkavian, but she never seemed especially close to her alleged clanmates. It only recently came to light that she hailed from the same bloodline as her patron. Most presume her appearance to be a product of Obfuscate, for none have ever seen her as the rotting corpse she is underneath.


Lineage: 9th gen. childe of Cletus Lee Boggs
Embrace: 1987
Status: Hecata ••
Isabelica is Cletus’ sole double-blooded childe. She was born in Managua, Nicaragua as the youngest child of Miguel Calero, an American-educated Nicaraguan businessman and leader within the largest contra rebel group opposing the Sandinista government (i.e., Nicaraguan Democratic Force). Isabelica helped her father and the Giovannini (particularly the Boggs and their military-industrial puppet, Cadillac Gage) secure, manage, and manipulate the bank accounts into which money was deposited and then used to buy supplies and arms as part of the Iran-Contra Affair. Her maternal ancestors were Pisonab, who taught her their family’s infamous heritage and sorcerous secrets of Aztec necromancy. Due to both her lucrative military-industrialist acumen and her necromantic aptitude, Isabelica was ghouled by a local Pisonab. Shortly thereafter, she was captured and tortured by the Sabbat-allied Sandinista and forced to drink caustic vapors which permanently maimed her vocal chords. Isabelica was rescued by allies of Cletus, flown back to Slidell (alongside her father who was called to testify before Congress), and subsequently rewarded with the Embrace from the Boggs patriarch. Since then, she has continued to deepen her financial-military connections as well as necromantic prowess, proving to be an efficacious addition to the local Giovannini.


Ghouled: 1990
A toothless, larynx-maimed octogenarian who currently serves as both the mayor of Pearl River and the president of St. Tammany Parish. The local son of Cajun logger and Prohibition booze-smuggler, Oscar joined the Air Force, where he served as a bomber pilot in Korea and Vietnam before retiring and becoming a somewhat successful oil man. He also worked as a narcotic smuggler, both before and after his political career, which led to his ill-fated blackmailing of the Giovannini and subsequent ghouling by Isabelica. Long-time husband to Lucile “Buttermouth” Delahoussaye who serves as his always willing, but only partially faithful, translator.


Lineage: 9th gen. childe of Cletus Lee Boggs
Embrace: 1944
Status: Hecata 0
Buford is the prodigal son in absentia. Buford was a decorated WWII veteran and single-blooded Embrace who left his sire, clan, and parish for reasons known only to himself and his biological grandfather. He allegedly lives an itinerant lifestyle traveling between cities, concealing his heritage, and performing as a blues honky-tonk musician. Unconfirmed rumors suggest he infrequently returns home, or at least to New Orleans to participate in Mardi Gras festivities.

Lineage: 9th gen. childe of Cletus Lee Boggs
Embrace: 1999
Final Death: 2016 (17 years undead)
Status: Hecata •
Bobbi Jo is (or was) Cletus’ youngest, single-blooded childe. Bobbi Jo Boggs was raised in the ‘wholesome’ family environment of the Cryin’ Bluebellies, turning tricks for the passing-by truck drivers and serving generally as a prepubescent pain-whore for the then-nascent White Reich. Despite or perhaps because of this abuse, she became a wild and feral thing, but not without cunning. That cunning and predatory drive helped her to climb the hog-candy chain of the OMC. Moreover, her “professional experience” allowed her to gain a tremendous amount of knowledge about not only the illegal drug and arms trade, but also the general criminal and transportation dealings in the region. Cletus recognized and rewarded Bobbi Jo’s usefulness by turning her into his ghoul and eventual childe after she sufficiently impressed (if chagrined) her Giovannini elders by leading the White Reich to dominate the lucrative drug and arms trade both within and across St. Tammany parish. After her Embrace, Mad Dog Cherry had continued to run the OMC and its related criminal enterprises. Recently, Bobbi Jo was firebombed by trespassing Anarchs spurred by Rocco Agnello’s capture, but she managed to evade final death. However, a mob of enraged wraiths finished what the Anarchs could not, permanently slaying Bobbi Jo during a spectral prison-break that later occurred at the Giovannini’s French Quarter manse.


Ghouled: 2008
The White Reich’s nominal leader who was in truth ghoul and servant to Bobbi Jo. Through Davis, Bobbi Jo oversaw the OMC’s controlled drug and arms trade, or at least she did until she was firebombed nearly to final death by trespassing Anarchs spurred by Rocco Agnello. When Davis and his OMC attempted a counter-attack ‘behind enemy lines’, the enraged Boggs patriarch subsequently ordered the slaughter of the entire White Reich, all save for the now heavily scarred and emasculated Davis Boggs. With Bobbi Jo’s recent final death, Davis’ fate has become even more precarious.