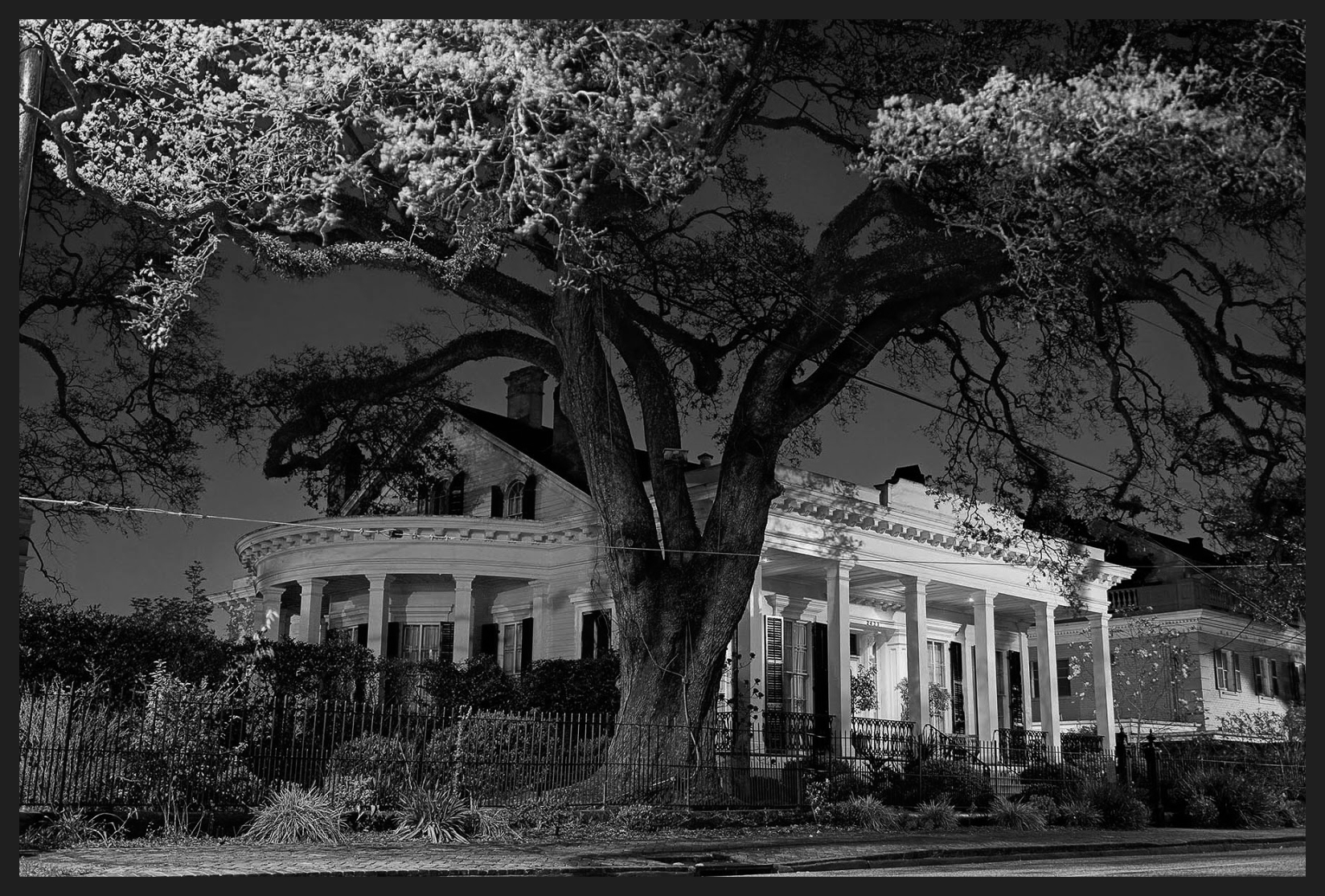 One can hardly do better (or worse, depending on who you ask) for expensive homes than the Garden District. Like the French Quarter to its east, the Garden District is both small and nationally historic, and is governed by restrictive architectural laws that attempt to maintain the area’s overall persona. The upriver towns that eventually converged to form the Garden District (and the rest of Uptown proper to the west) were populated almost exclusively by Americans, and the area reflects their particular wealth and taste.

Perhaps the Garden District’s greatest claim to fame (at least among the Damned) is the fact that it is the personal territory of Prince Augusto Vidal, who is thought to maintain at least one haven of his own here, in addition to bestowing a second upon his fellow Ventrue (and would-be protégé) Gabriel Hurst upon his admittance to the Cabildo.

The Garden District, together with its slightly more dilapidated sibling to the south, is often referred to by neonates as “Elderville.” This is due in part to the fact that multiple elders maintain both havens and feeding grounds around the two neighborhoods and partly to the fact that some elders are highly protective of the districts’ historic character.

Augusto Vidal
Lineage: 6th gen. childe of Urcalida, e. many centuries ago
Status: Camarilla ••••• •, Hardline Sanctified •••••, Ventrue ••••• •
Vidal has made his haven in the Garden District since it was first settled in the 19th century. Although he administers the city and holds court from Perdido House in the CBD, the Garden District is where he makes his personal residence. Like many elders, Vidal finds the historic district’s character more to his liking than the “Americanized” CBD. The prince is extremely selective in whom he permits to hunt and live within the parish, and only extends such privileges to Kindred of the worthiest stock: after all, they’re his neighbors. Unlike in other areas of the city, residents are not allowed to subinfeudate their territory to other vampires. This is a none-too-subtle reminder that Vidal is the final authority on everything in the parish—period. Infractions committed within the Garden District, such as poaching, receive significantly harsher sentences than elsewhere. The prince is notoriously intolerant who would disturb the peace of his personal territory.

The Tremere Chantry
The Tremere maintain their chantry and communal haven in the Garden District. Aside from Bornemann and Von Steinhäusser, none of them possess domain or feeding rights outside of the chantry’s walls. 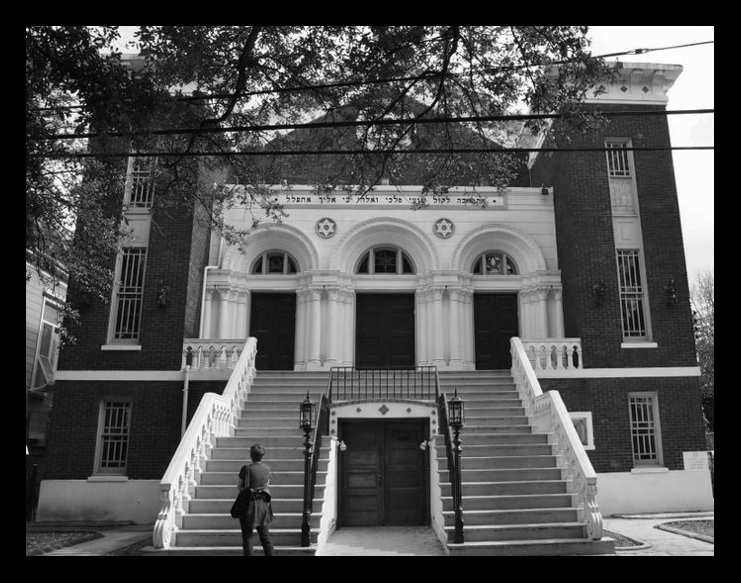 
(2230 Carondelet St.)
Modern Orthodox synagogue founded in 1925 by Hasidic Lithuanian Jews. The building features a barrel-vaulted ceiling ribbed with beams studded with electric light bulbs. This decorative feature was common at the time, inspired by the great excitement over the newly invented incandescent bulb. The Rundbogenstil exterior is brick, with triple arched Neo-Byzantine doors. After Hurricane Katrina, Anshe Sfard was damaged and did not reopen until 2006. The synagogue’s Torah scrolls were rescued during the storm. 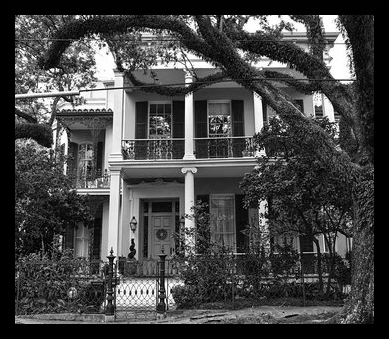 
(1239 First St.)
This two-story Greek Revival style house dates to 1857, when it was constructed for merchant Albert Hamilton Brevard by James Calrow and Charles Pride. The residence is known for its transitional style, which also includes Italianate touches. Most notable to visitors are the Ionic columns set upon by Corinthian columns which decorate the front of the home. Brevard only lived here for two years before he passed away. The house was sold ten years later by his daughter to another family who have retained it ever since. 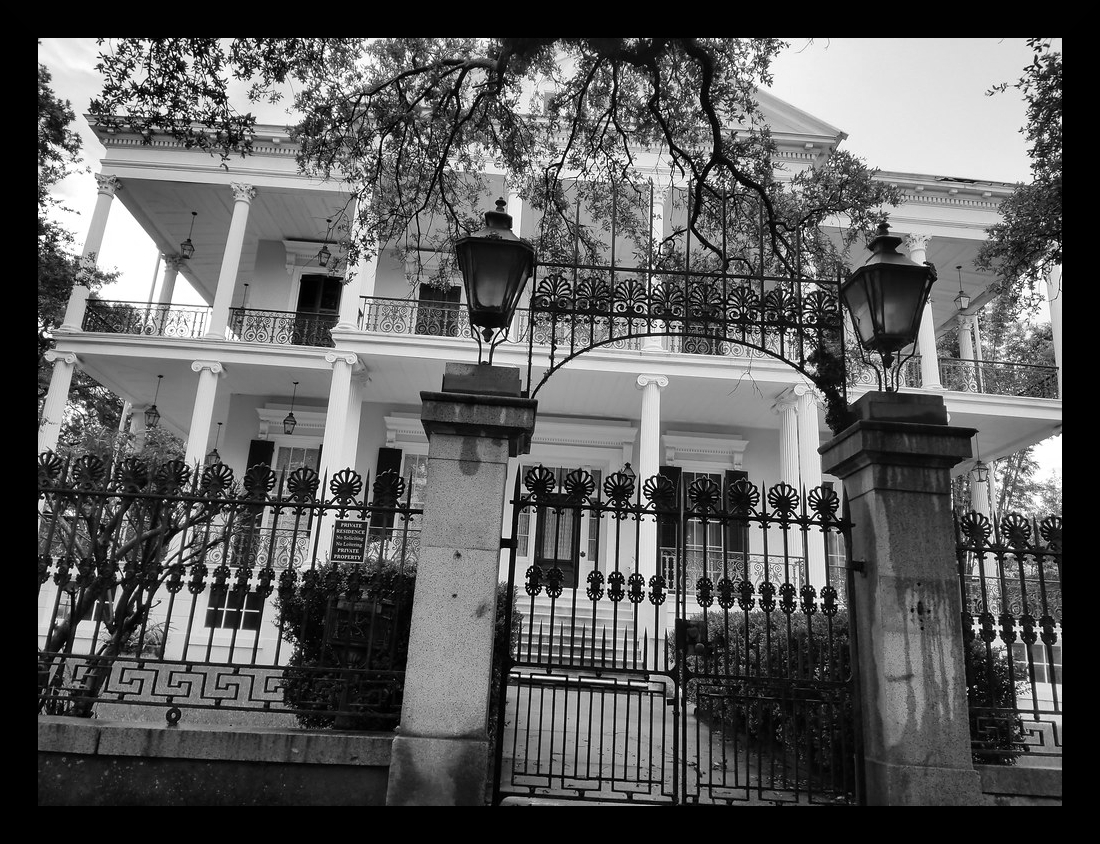 
(1410 Jackson Ave.)
Off the beaten path of the French Quarter sits one of the largest and most beautiful mansions in the city, if not the American South. The massive, 20,000+ square foot home was built in 1856 by cotton tycoon Henry S. Buckner. His goal was to outdo his ex-business partner’s Stanton Hall in Natchez, Mississippi. With his extravagant taste and hefty bank account, this task was easily accomplished as the grand Buckner Mansion became the pinnacle of homes for the area. The mansion stayed in the Buckner family until 1923, until the home was sold to private hands. It is also said to be regularly occupied by a ghostly figure from the past known as Miss Josephine, a long-reigning governess, midwife, and slave owned by the Buckner family during much of their ownership. 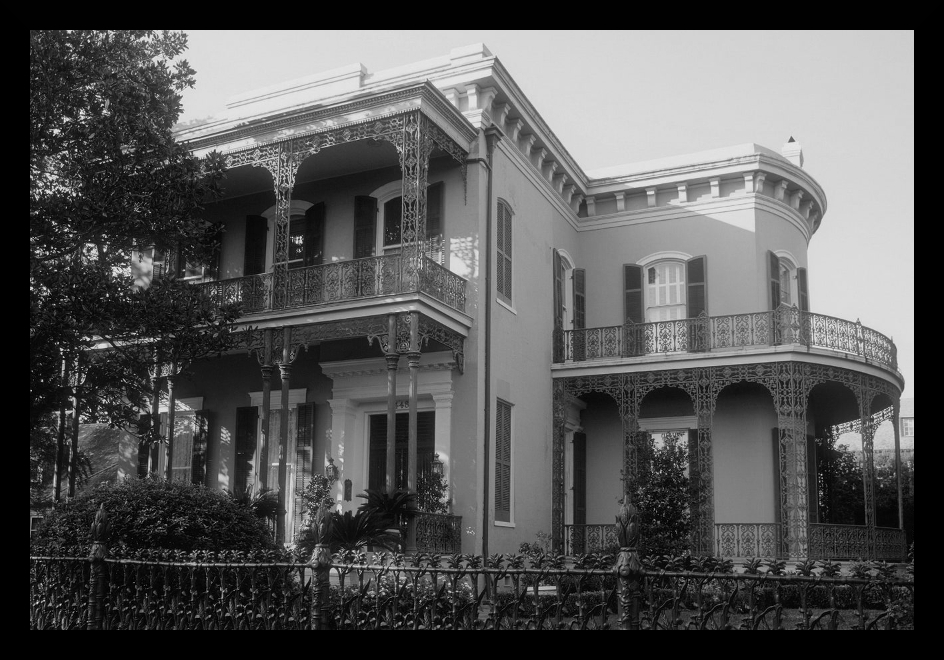 
(1448 Fourth St.)
Built in 1859 for Colonel Robert Short of Kentucky and designed by Henry Howard, this Italian-Renaissance villa is best known for its ironwork fence, incorporating a morning glory and cornstalk motifs. The story goes that Short’s wife complained of missing the cornfields in her native Iowa, so he bought her the cornstalk fence. A revisionist explanation supplied by a recent owner is that the wife saw that it was the most expensive fence in the building catalog and requested it. Unlike a similar cornstalk fence on Royal Street, this one has not been painted and shows its original colors. The house was confiscated by federal forces in 1863, and briefly became the executive mansion of the federal governor of Louisiana before being returned to Short, who lived there for the rest of his life. It remains in private hands. 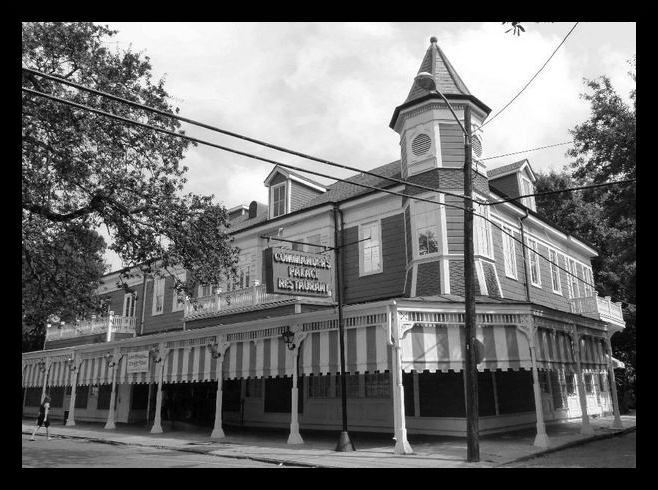 
(1403 Washington Ave.)
One of the most famous restaurants in the city, featuring refined Creole fare and an elegant jazz brunch in a chandelier-hung space. Opened in 1880 as a saloon by Emile Commander, by 1900 he’d turned it into a restaurant attracting gourmets from all over the world. Legend has it that stored alcohol was ferried across from the adjacent cemetery during prohibition for patron beverages. After changing hands through the Giarratano and Moran families, it was acquired by the famous Dolan restaurant family in 1969, who raised the restaurant to its present reputation as a New Orleans landmark. Many of its executive chefs have gone on to become nationally renowned celebrity chefs. 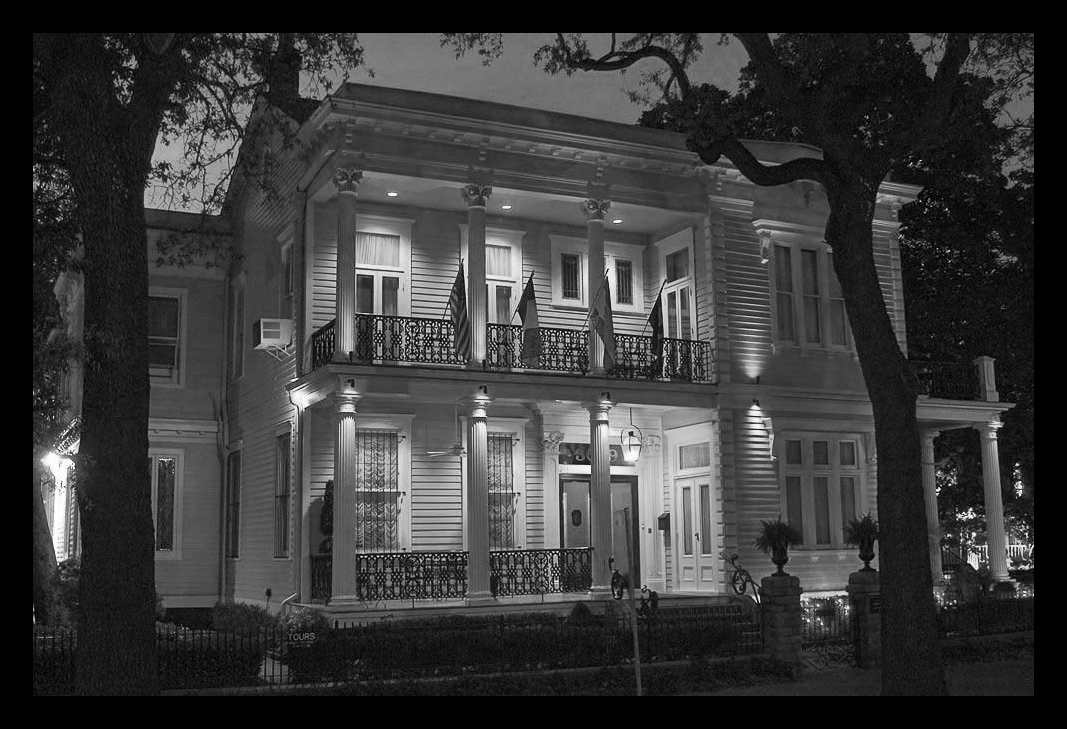 
(3029 St. Charles Ave.)
Italianate-style mansion turned event venue space with a grand ballroom and lush patio. The Mansion was built in 1869 for the Confederate “Yankee in Gray” officer Watson Van Benthuysen II. A relative of Jefferson Davis by marriage, Van Benthuysen was the quartermaster of the presidential convoy that fled Richmond in April 1865. After the war, he became a prominent New Orleans businessman (a wine and tobacco merchant) and the president of a Saint Charles streetcar company. Van Benthuysen died in his home in 1901.
From 1931 until the start of WWII, the house served as the German Consulate. From the cellar, the consul general, Baron Spiegel von und zu Peckelshelm, novelist and former WWI U-boat kapitan, informed the U-boats in the Gulf of Mexico of ship departures from the New Orleans docks.
In 1952, John Elms Sr., owner of the largest coin operated amusement company in the South, purchased the home. Shortly after Elms’ death in 1968, the family started using the house for private functions and is today operated by the third generation of the Elms family. 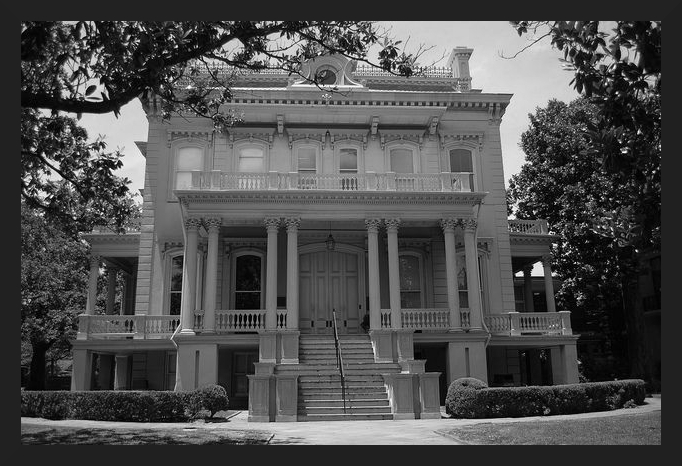 
(2343 Prytania St.)
All-girls private, nondenominational independent school. McGehee was founded by its namesake in 1912 and remains one of the two premier schools in New Orleans (alongside the Catholic-run Ursuline Academy) for wealthy families to send their daughters. Tuition runs approximately $20,000 a year. 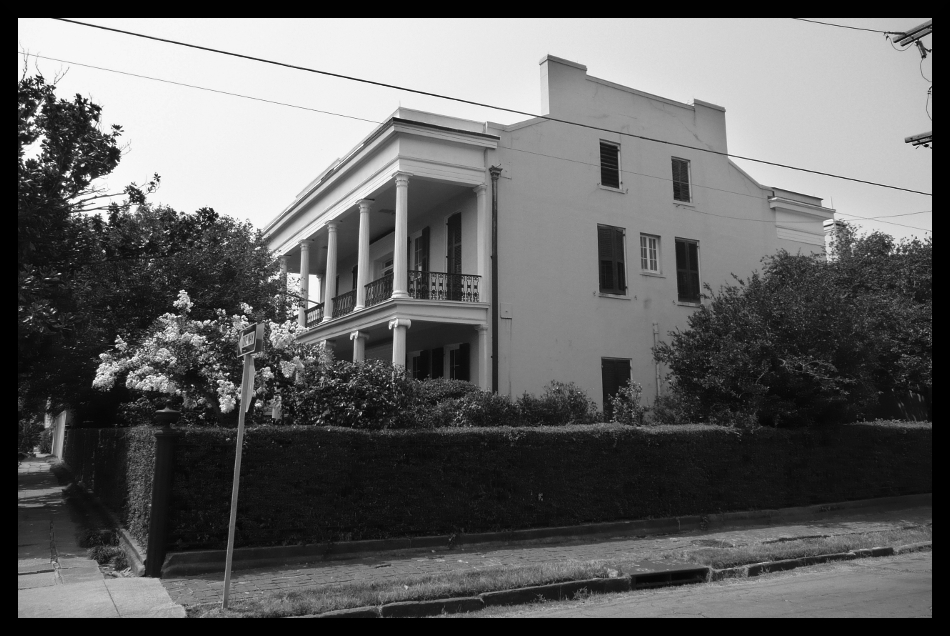 
(1134 First St.)
The majestic house would draw enough notice through its beauty, but in the words of The Great Days of the Garden District, “history has touched the house and made it a local landmark.” The Confederacy’s first and only president, Jefferson Davis, died within the downstairs bedroom on December 6, 1889. A granite marker placed beside the front walk by the United Daughters of the Confederacy memorializes the event. Jefferson Davis had been a close friend to the Strachan family, who built the property in 1848 and owned it until 1915, when it was sold for the first and only time to members of the Malveaux family, whose fortunes were swollen with black gold from the oil boom. 1134 First Street has been the family’s ancestral seat ever since. It is currently the residence of Orson Malveaux, the family patriarch. 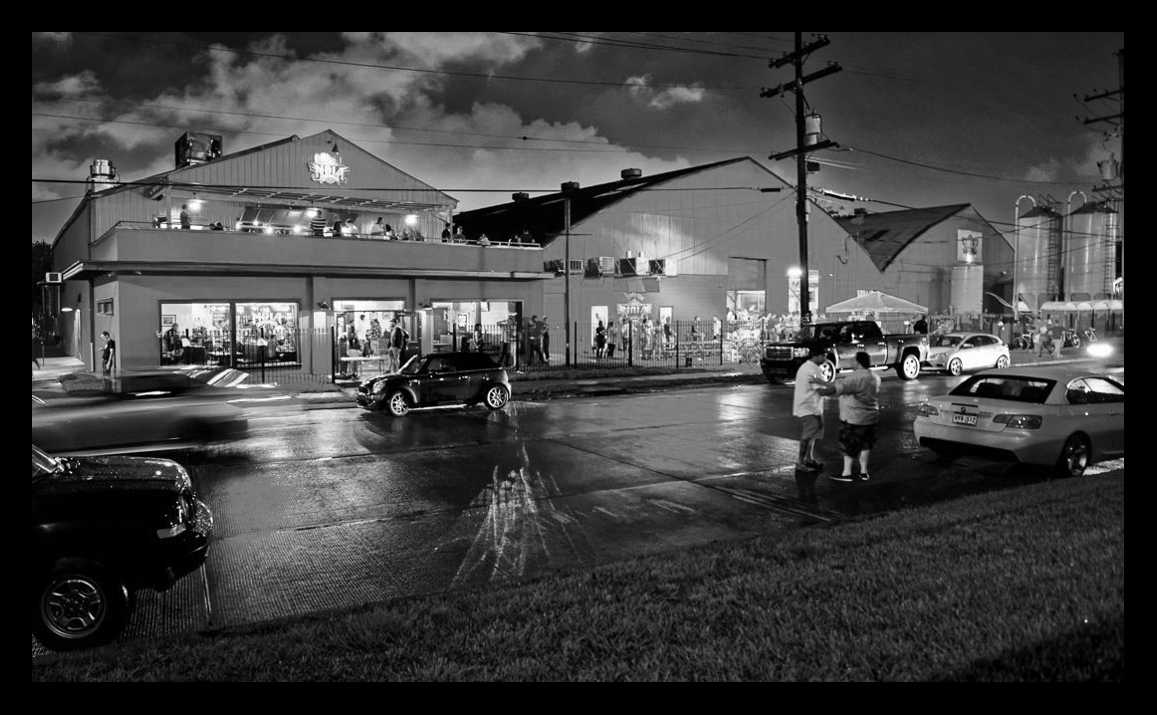 
(3001 Tchoupitoulas St.)
There was a time when New Orleans was the brewing capitol of the south, when dozens of breweries operated in the city, among them nationally known brands like Dixie, Falstaff, Regal and Jax. Dixie was the last one standing, until Hurricane Katrina shut down its Mid-City brewery, prompting its owners to license production to an out-of-state brewery. Beer was no longer being brewed in New Orleans. It was that realization, sparked by the words “Brewed in Wisconsin” on the side of his Dixie bottle, which pushed Craft Brewery’s owner to open NOLA Brewing. It offers smoked BBQ & sides with more than 20 beers on tap. 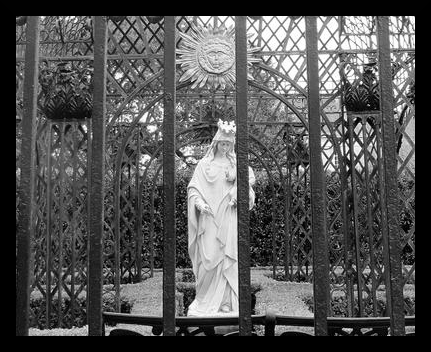 
(2523 Prytania St.)
Greek-Italianate Revival mansion was designed by architect Henry Howard in 1857 for the wealthy coffee importer Henry T. Daily Lonsdale. The house is complete with elaborate metalwork on the fence and galleries, a gaslight on the porch, and Romeo spikes atop the metal columns, which were intended to keep over-eager young suitors out of the house. The Madonna and canopy in the yard used to be a Catholic chapel. After the Civil War it was acquired by the Catholic Church as a home for older priests. Rather than going over to one of the two big churches, Catholic families in the Garden District began attending Mass at Our Mother of Perpetual Help Chapel in the home. It was eventually sold to private buyers. 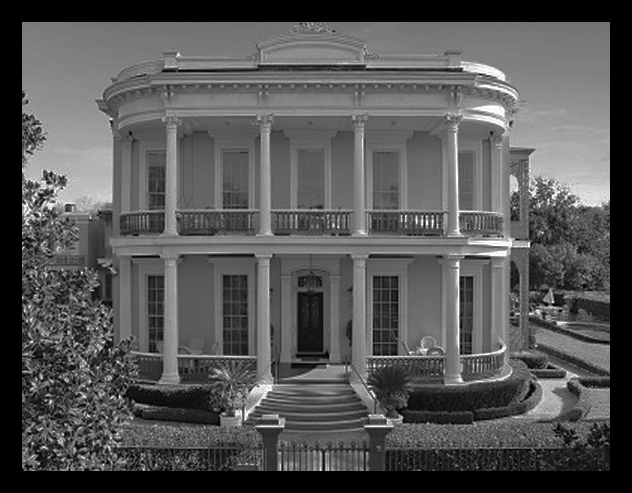 
(1415 Third St.)
Built in 1859 and the work of New Orleans’ most famous architect Henry Howard, this mansion and its adjacent servant quarters and stable underwent significant renovations after Hurricane Katrina. It is currently the home of the Devillers family. 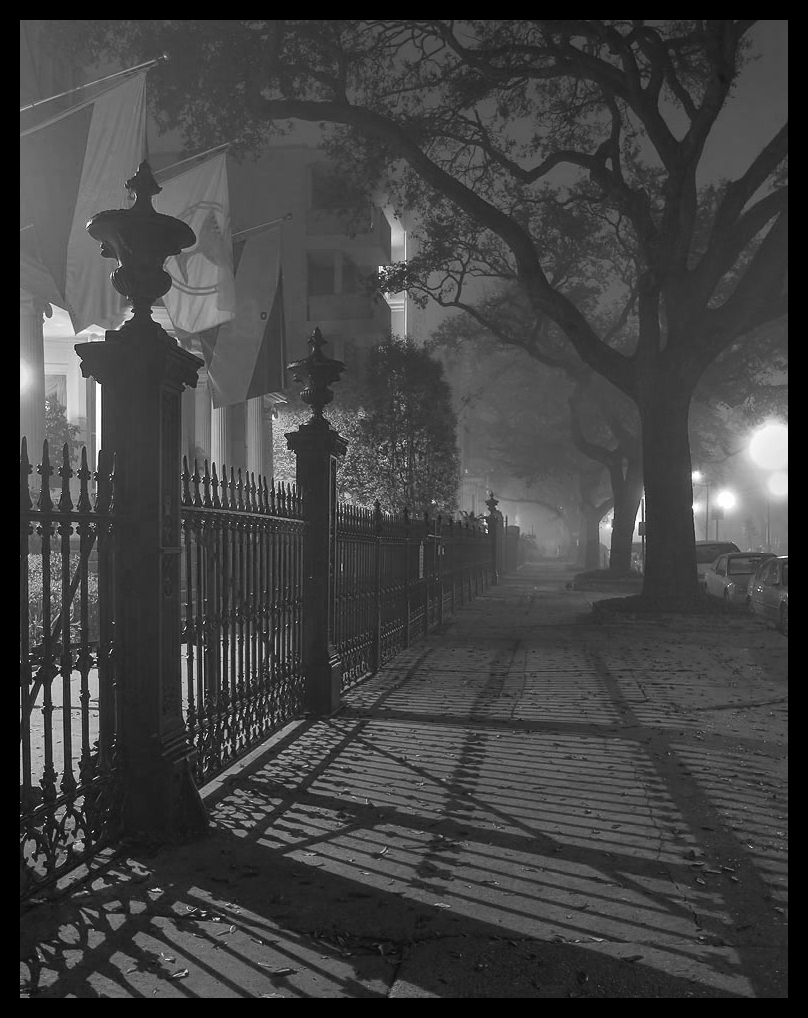