“If there were no French women, life wouldn’t be worth living.”
Friedrich Engels
“Women are like tricks by sleight of hand,
Which, to admire, we should not understand.”
William Congreve
“The sexes were created and put in the world, in the same families, to be well and dwell together, and he who separates them does violence to God’s plans.”
G. T. Howerton 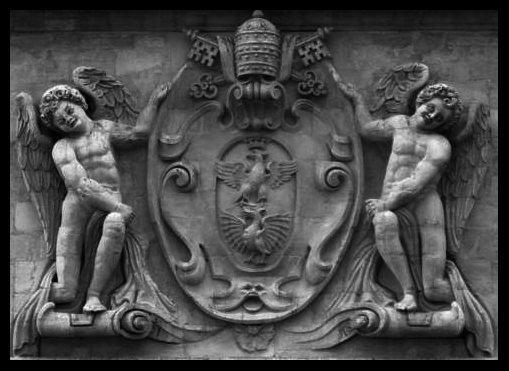 “Our parents were our first gods.”
David W. Earle


Born: 1989
Sphere: High Society
Status: •••
The oldest daughter of the Devillers family , Cécilia is everything one would expect of such a well-bred scion. Her beauty, Ivy League education, social graces, and gentle character combine to make her a choice prize for the city’s wealthy young heirs. Rumors linked her to Luke Malveaux for a while, though she demurred when asked about it, insisting in charming French fashion that “youth is a time for love and lust, not romance.” The two made a splash announcing their engagement in late 2015 several months after his brother Westley’s death.


Born: 1989
Sphere: Legal
Status: Monument Law •••
The second-eldest daughter of Abélia Devillers with Nathaniel Malveaux, Caroline is the only one of Abélia’s children born to a known father. She was predominately raised by the Malveaux side of her family in the United States for the first 15 years of her life until the Devillers relocated to New Orleans. She recently passed the Louisiana Bar Exam after completing law school at Tulane, where she had previously earned her undergraduate degree. Scandal-free by both her family’s standards until late in 2015, she was recently disowned by the Malveauxes after forming a relationship with a young artist following an undisclosed scandal during Southern Decadence. The maternal side of her family, whose home culture supports LGBT rights despite their Catholic faith, has been more supportive.


Born: 1992
Sphere: High Society
Status: •••
Third-oldest daughter of Abélia Devillers. Adeline is less socially active than her older sister Cécilia and has focused more on academia than involving herself in the family’s philanthropic endeavors, though Abélia likes to say her daughter’s interests are but part of their family’s “greater whole”—education has long been one of the foremost charitable causes in which she’s involved herself. Adeline recently completed her master’s degree in anthropology at Yale (she skipped a grade in high school) and is thinking of going back to graduate school in Paris to pursue a PhD. Weighing against those plans, or at least prompting her to consider delaying them, is the recent relationship she’s entered into with Nolan Moreno.


Born: 1998
Sphere: Academia
Status: ••
Middle daughter to Abélia Devillers and McGehee senior. Fraternal twin sister to Yvonne, although their close familial resemblance leads many people assume the two actually are identical twins. This impression is further compounded by the two’s tendency to finish one another’s sentences, dress alike, and even screw with people by falsely accusing them of mixing up their names (something that is already extremely easy to do with the large family of single-gender and similar-looking children). Yvette is the most protective of her family, but also has a mean streak and is known to bully students at McGehee who don’t fit in.


Born: 1998
Sphere: Academia
Middle daughter to Abélia Devillers and McGehee senior. Fraternal twin sister to Yvette, although their close familial resemblance leads many people assume the two actually are identical twins. This impression is further compounded by the two’s tendency to finish one another’s sentences, dress alike, and even screw with people by falsely accusing them of mixing up their names (something that is already extremely easy to do with the large family of single-gender and similar-looking children). Yvonne seems to lack her twin’s mean streak, but rarely gets in her way.


Born: 2002
Family: The Devillers
Second-youngest daughter to Abélia Devillers and seventh grader at the McGehee. Despite being one of her family’s youngest children, Noëlle is the proverbial middle child: Cécilia and Adeline are independent adults, while Yvette and Yvonne do everything together, leaving Noëlle in the middle before Simmone. Never the center of attention like her youngest sister, she’s also too young to meaningfully participate in many of the social activities her older siblings do.


Born: 2005
Sphere: Academia
Youngest daughter to Abélia Devillers and former fifth grader at McGehee. Simmone is the baby of her family and loves being the center of attention to her mother and mostly-to-nearly adult five siblings, who she still expects to cut her food and physically carry her places. She occasionally gets annoyed, though, when they don’t “give her space.”


Born: 1978
Status: ••
A veteran Navy SEAL discharged after 18 years of service when his reenlistment paperwork got “lost” by his then-commanding officer, Daniel came to Blackwatch out of necessity when he was left without a job, a pension, or a marketable set of skills to anyone else. He despises the company, their excesses, and the many “thugs” he is surrounded with, but he keeps his head down and is resolved to do his job as professionally as he is able. Pays child support to two different ex-wives in two different states and lives in relative poverty. Particularly hates his boss, Richard Orr. As of 2015, he has been hired by Cécilia Devillers as a bodyguard.


Born: 1993
Family: The Borges
Status: Personal assistant agency •
Personal assistant to Cécilia Devillers. True to her name, Harmony is a demure and pleasantly agreeable young woman who’s good at anticipating her employer’s every want, though she maintains that Cecilia is a very easy boss to work for who’d probably be happy with any PA—and would make any PA happy to work for her. Born to poverty as one of many illegitimate children of Martin Borges, Harmony’s mother never got any child support from New Orleans’ now-mayor, but did get her daughter into a decent college through a reference letter (“the one thing he was ever good for”). Harmony feels she’s worked hard to get where she is and desperately doesn’t want to go back to her old life.


Born: 1990
Status: ••
Jeremy is as country as they come, with all that entails. He drinks hard, has his own stubborn morals, and could care less what anyone else thinks of him. The son of a soldier turned gator hunter, he grew up in woods and swamps with a rifle in his hands, and even became something of a local legend at regional three gun tournaments. A natural brawler, high school wrestler, and firearms savant, he made it to college (the first in his family) on a shooting scholarship, but dropped out after two years with his best friend to move to New Orleans, see the big city, and join the police force. That was in 2011. Since then he’s been involved in almost a dozen shootings, all of them justified, and would have been a prospect for the NOPD SWAT team if he could have kept his nose clean and stopped pissing off his corrupt boss. In his spare time he moonlights as a bouncer.
May delivered the fatal shot to Richard Gettis during the ex-detective’s firefight with SWAT. The surrounding circumstances resulted in his departure from the NOPD for the private employment of Abélia Devillers as a bodyguard.

Located in the French Quarter, the LaLaurie House was the former home of Madam Delphine LaLaurie, and the alleged site of her many atrocities. Sold repeatedly in the years since she allegedly fled to France, it was most recently owned by a movie star before passing into escrow when he defaulted. Bought by the Devillers after an incident involving a disturbed teenager and a binding contract regarding damage to the property. Allegedly haunted.

The family’s home in New Orleans since shortly after their arrival in 2005, the Walter Robinson House is a New Orleans landmark, originally built in 1865. Located in the Garden District, the home boasts seven bedrooms, seven bathrooms, and more than 10,000 square feet of living space in total along with 16 ft. ceilings.