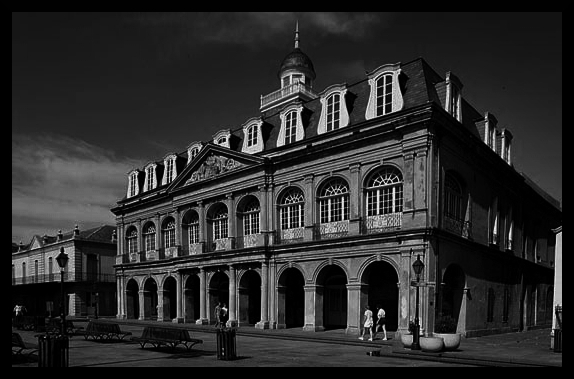 The Cabildo was the seat of colonial government in New Orleans, and is now a museum. It is located along Jackson Square, adjacent to St. Louis Cathedral.

The original Cabildo was destroyed in the Great New Orleans Fire of 1788. The structure was rebuilt between 1795-99 as the home of the Spanish municipal government in New Orleans, and the third floor with mansard roof was later added, in French style. The building took its name from the governing body who met there—the “Illustrious Cabildo,” or city council. The Cabildo was the site of the Louisiana Purchase transfer ceremonies late in 1803, and continued to be used by the New Orleans city council until the mid-1850s.

The building’s main hall, the Sala Capitular (“Meeting Room”), was originally utilized as a courtroom. The Spanish used the courtroom from 1799—1803, and from 1803—1812 it was used by the Louisiana territorial superior court. After the American Civil War, it was the home of the Louisiana Supreme Court from 1868—1910. The Sala Capitular was the site of several landmark court cases, including Plessy v. Ferguson.

In 1911 the Cabildo became the home of the Louisiana State Museum. The museum displays exhibits about the history of Louisiana from its settlement up through the Reconstruction Era, and about the heritage of the ethnic groups who have lived in the state. It was declared a National Historic Landmark in 1960.

The Cabildo was extensively damaged by a fire on May 11, 1988, which destroyed the cupola and the entire third floor, but it was restored and reopened to the public in 1994. In 2005, the Cabildo survived Hurricane Katrina with relatively minor damage. Days after the storm hit, the Louisiana State Police used the business offices of the Cabildo to set up what was called Troop N. The “N” was a designate for New Orleans. From the Cabildo, Louisiana State Troopers patrolled the streets of the city along with other state police agencies from New Mexico and New York. 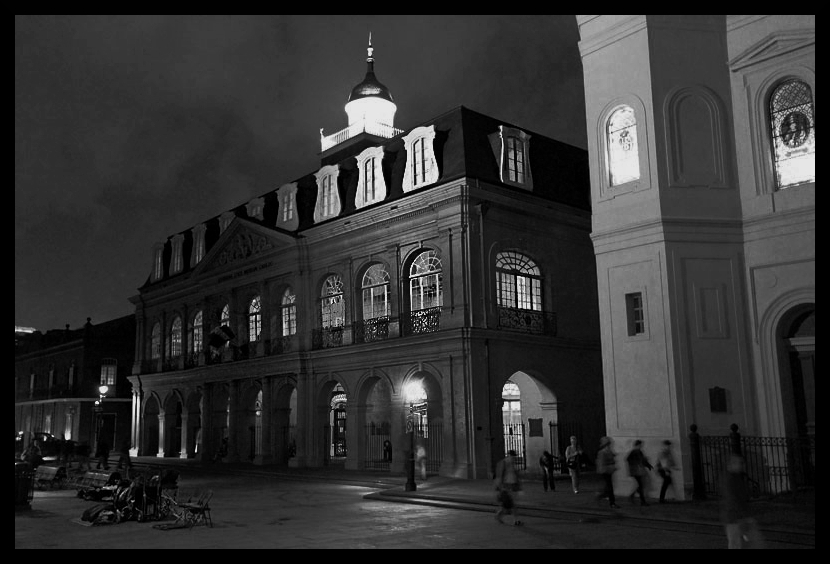 by: Rawrmoar
See All Pages