“I’ve often thought that there isn’t any “I” at all; that we are simply the means of expression of something else; that when we think we are ourselves, we are simply the victims of a delusion."
Aleister Crowley
“It is a mistake to consider any belief more liberated than another. It is the possibility of change which is important. Every new form of liberation is destined to eventually become another form of enslavement for most of its adherents. There is no freedom from duality on this plane of existence, but one may at least aspire to choice of duality.”
Peter J. Carroll
“…unless men work at occultism as they work for the prizes of their professions they will not achieve.”
Dion Fortune 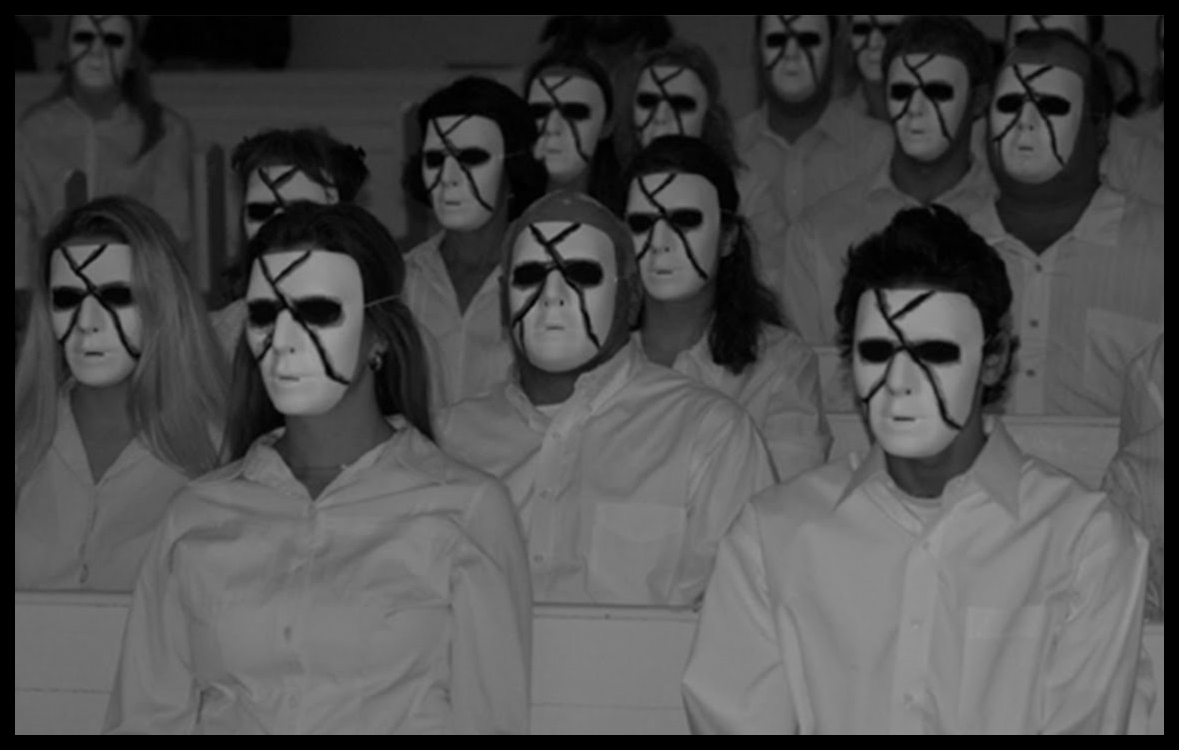 The supernatural world and those that move in it are a strong curiosity for a great many people. Many look at the occult world and its occupants and cannot help but consider it a sham and a fraud. This could not be further from the truth. Those with this influence are able to control and direct the world that comes the closest to the Kindred world. Kindred who have control in the occult world are able to garner support and information from cult leaders, alternative religious groups, charlatans, would-be occultists and New Agers.


Born: 1954
Status: Vodoun •••••
Nobody ever uses his first name. For as long as anyone can remember, he has simply been Toussaint. By far the most popular and revered houngan in New Orleans, Toussaint’s congregates number in the hundreds and he hosts periodic rites in hounfours throughout the city’s poorest neighborhoods. Like many mambos and houngans, he claims to be descended from Marie Laveau. While no one has been able to conclusively verify (or debunk) Toussaint’s alleged ancestry, it’s widely believed that he received the asson from an unbroken spiritual line of houngans who mentored (and in some cases, also fathered) their successors since as far back as Reconstruction. Although Toussaint’s most ardent followers are vocal believers in his powers, sincere faith in Vodoun has been on the decline ever since the end of slavery. Far more of Toussaint’s influence comes from his position as a community leader. The elderly houngan serves his vast flock as a combination priest, judge, counselor, advocate, moneylender, and whatever else they need him to be. If there’s a particular role he can’t fill himself, chances are he knows someone else who can. Toussaint knows countless people who owe him favors for the equally countless ways he’s helped them out over his life. His flock is fiercely loyal to him, and he in turn appears completely uninterested in anything besides their welfare. Toussaint does not care whether “his” people are dealers, addicts, thieves, murderers, or respected and upstanding community figures, so long as their faith in the loa is real. A few of Toussaint’s followers have even suggested that he run for public office (many feel he does more for their neighborhoods than politicians ever have), although most people think that a “voodoo priest” serving in such a position would be wild even for Louisiana. Toussaint is a common fixture at Lil’ Dizzy’s around lunchtime, where he usually meets with congregants who want to see him privately over a plate of fried chicken.

Family: The Dufrenes
Status: Vodoun ••••
Mambo of Ayedo, though her approach to serving the loa with “both hands” (i.e., light and dark magic) was decidedly more bokor-like. Mother to Corey “Da Chief” Expose and Ronald “Ryulo” Expose. Recently deceased.


Born: Unknown
You don’t find Tome, Tome finds you. When you have something it wants, it’ll find a way to get ahold of you. It’ll offer trades or requests for what it wants. Few people ever get given Tome’s secure email to keep in touch with them, but those who do get the Newsletter. Things found, people looking for things, mystery happenings. No one can find who this person is, or if it’s just one person or not. But they seem to know things, and they seem to know what goes bump in the night. If you’re lucky enough to have them as an ally, you can know these things as well. Lucky for Tome, it doesn’t ask whys.


Born: 1957
Status: Vodoun •••
Benoît is one of innumerable past and present-day mambos and houngans in New Orleans to allege descent from Marie Laveau. He claims to be a great-great-great-grandson of the famous voodoo queen who can trace his lineage through her daughter, Marie Laveau II, after she sent away her children to Haiti when the Ku Klux Klan threatened to burn them alive. Benoît’s supposed Laveau mother (who never took the ason to become a mambo) married a houngan named Chavis Quebedeaux, who taught Benoît of the loa and his family’s roots. He returned to New Orleans after having a dream about the sickness of the loa and their people across the sea. In particular he notes how the loa are different in Haiti: the Petros’ bloodlust was whetted in the Revolution and subsequent domestic upheavals, while in New Orleans they seem almost starved, due to their people having suffered under the yoke of slavery and racist oppression for centuries longer. Though Benoît was too young to participate in the Civil Rights Movement, he has combated the crack cocaine epidemic (which he considers a “spiritual sickness” that makes his people whores and gangbangers), the Ku Klux Klan, and present-day hate groups.


Born: 1978
Status: Ghost Hunters’ Society of NOLA •••
The Ghost Hunters’ Society of New Orleans is a long-standing organization that began as a small cult in the 1960’s but quickly devolved from that into mere enthusiasts and paranormal investigators. With a flourishing online community and weekly meet-ups and fundraisers, these fanatical fans go to absurd lengths to scour haunted places and debunk tourist traps, proving to the world that ghosts truly do exist. While they lack a formal leader, they do have the “big five,” super-fans who have been given internet handles akin to a cartoon mystery show. Megan LeBlanche is a 10-year police forensics veteran who likes to try solving ghost stories in her spare time, though her “spare time hobby” is treated more intensely than most peoples’ actual jobs.


Born: 1985
Status: Oracles of Bronze •••
Leader of the Oracles of Bronze, a group which worships animalistic spirits, primarily the spider-spirit of prophecy, Uncta. Pash came to New Orleans eight years ago from Mississippi, claiming to have received a vision from the spirit which was then unknown to her. Using her beauty and charm she has lured in many young followers who hang on to her every word and prophecy. Claims to have seen the end of the “age of steel and concrete” and the return of their spirit’s dominion over man.


Born: 1930
Family: The Abernathys
Status: Vodoun •••
A child of the Depression, Doc Tom has lived through the want of that time, the corruption of the Long legacy, and the turmoil of the Civil Rights Movement. His attention was never on these things, though, but on devotion to his gods. Raised by a family which had been faithful to the loa since before they came over from West Africa, his ashe (power) was noted shortly after birth, and he was raised to be a bokor and faithful servant of Les Invisibles. However, the state of the world around him has not spared him its mark. He’s suffered the indignities of poverty and racism enough that his opinion of his fellow man is decidedly cynical, causing him to turn even more fully to the more perfect beings he claims to commune with. He is not a houngan and does not lead congregations, which is just how his neighbors prefer it: they find him an insufferably crotchety and abrasive old man who is all-too happy to voice his caustic discontent over whatever (and whoever) is currently on his mind. His surliness has yet to get him in trouble, however, at least within his own neighborhood in Central City: many of the residents still fear and respect Vodoun, and recognize a “man with power” as one not to be trifled with.


Born: 1974
Status: Dr. Voodoo’s Mystic Emporium ••
Ambroise was born to an impoverished family on Port-au-prince’s mean streets and survived through petty theft. When he saw a chance to come to America after the 2010 earthquake, he seized it with both hands. Once he arrived in the U.S. however, he realized that he had no marketable skills besides his vibrant personality. Since then, he’s been a pool hustler, card counter, and conman, but where he truly struck gold was with Dr. Voodoo’s Mystic Emporium. His shop panders to tourists, selling them “genuine voodoo articles” and good luck charms at what he assures are very reasonable prices. He also offers to curse people for the right price and makes a grand spectacle out of the ceremonies he invites clients to. Of course, he holds no actual power, and actually knows very little about Vodoun. It’s all a show. Yet he knows how to draw crowds. “The Lonely Planet” even called him the best “voodoo doctor” in New Orleans, a title he has gladly taken as his moniker.


Born: 1972
Owner of a farm outside the city and sells his food at a stall at the Crescent City Farmers’ Market in Mid-City. What most don’t know is he also sells uncommon plants and alchemical ingredients to the right buyers.


Born: 1933
Status: Tante Lescaut’s Occult Curiosities, Horoscopes, & Palmistry ••
Current proprietor of Tante Lescaut’s Occult Curiosities, Horoscopes, & Palmistry, a Royal Street occult store that claims to be the longest contiguously operating such store in New Orleans (“since 1721”). Césarine herself is an elderly woman descended from Yoruban maroons, Acadian redbones, and Haitian revolutionaries best known for her abilities at psalmistry, dream interpretation, and misremembering the names of even her most frequent customers. Like most of her predecessors, Césarine lives in the antique, second-story living quarters above her shop. She shares this residence (and the responsibilities of running her shop and monthly mailings) with Carl Schauberger and Brijbala Chugtai.


Born: 1966
Status: Guillot Books ••
Proprietor of Guillot Books, Michelle’s relatively professional image and strict “no smoking” policy isn’t how most people picture a French Quarter bookstore owner. Born in New Orleans but a resident of Houston for much of her adult life, Michelle was working as a public librarian when she inherited her bookshop from a distant relative who died without children. She initially intended to sell the business, but after going through a grueling divorce with her now ex-husband Victor she decided to start over in New Orleans. In the decade since, she’s become versed in the topics that tend to draw New Agers, neo-pagans, tourists, would-be Satanists and other French Quarter regulars, but she privately finds the entire notion of the paranormal to be fairly eye-rolling. She has consequently been attempting to “expand” the shop by appealing to a more mainstream customer base. Her now-college age daughter Alice Guillot got along poorly with most men in her life, and she has only recently dipped her toe back into the dating scene.


Born: 2009
Family: The McGinnes
Biracial son of Cassidy McGinnes and Damien Price. Unbeknownst to his mother and other caretakers, he has nascent precognitive abilities that have not escaped the notice of watchful powers.


Born: 2000
Local Choctaw teenager who has been bouncing around the foster system since birth. Has minor telekinetic powers which he uses to steal or cheat hapless tourists out of their money.