“Unscrupulous? The law is a battlefield, and the winners write the history, but laying that aside, they simply know which levers to pull in the Big Easy. Where do their connections come from? Who cares? What matters is that they can deliver results. For the right price, with the right kind of account, they can even deliver so much more. Ask about an executive account. No, really, ask. It’s worth it. They’ve got crazy resources. Need a pickup from a bad scene? Escort overdosing in your hotel room? Bitch wife trying to take the kids and your money? No, don’t be crazy. They’re not going to kill anyone for you, but they’ll do an awful lot. Or at least, they’ll send someone that will. It’s probably better not to ask the details. Look, it’s all part of the game. This is how the big boys play, they’re just playing the game for you instead of some old fat cat. Get on board, because this is how you get to the top.“
Satisfied client 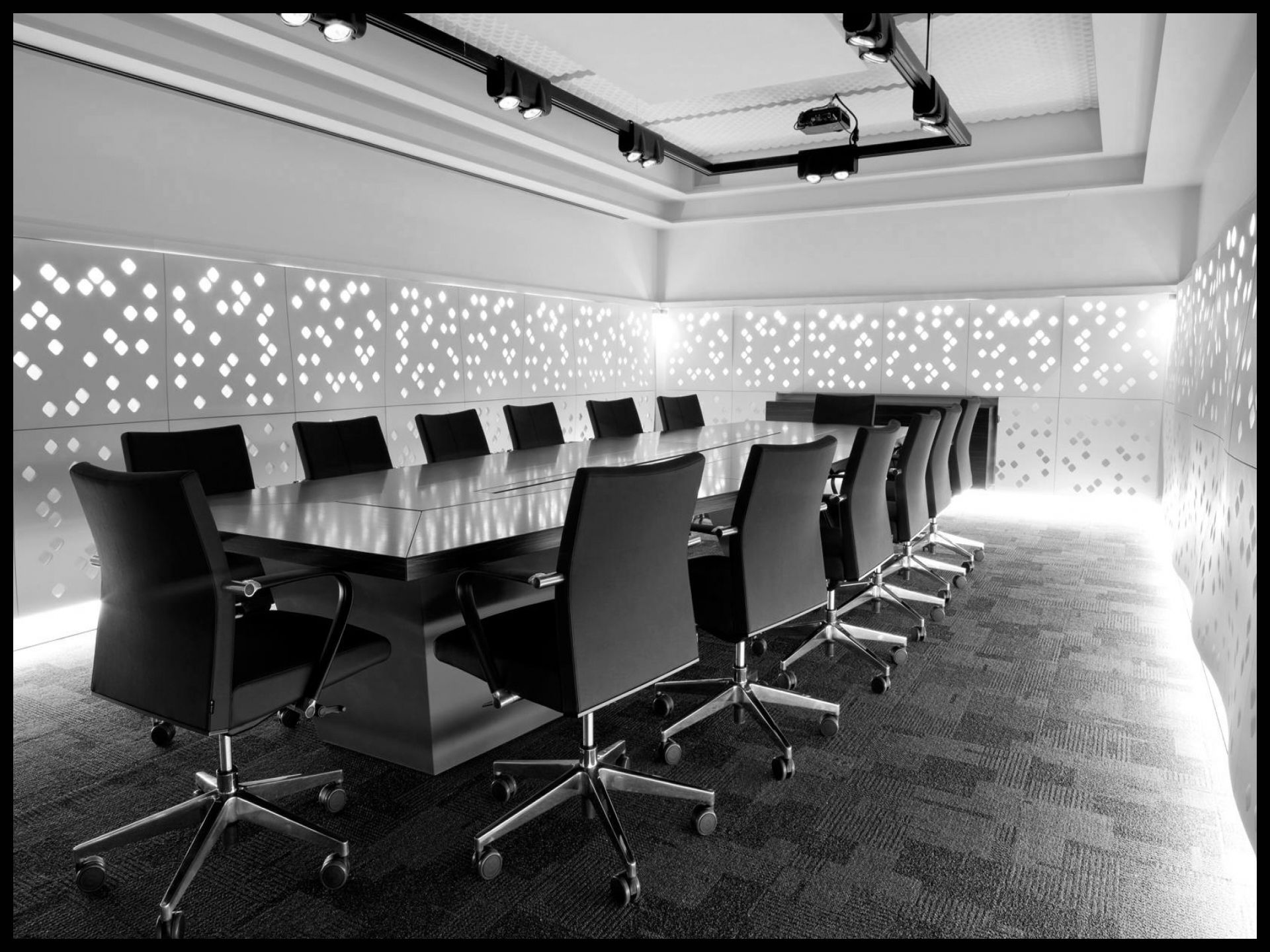 Monument Law (Monument) is a large and influential firm in New Orleans with offices on the 33rd floor of Perdido House. Shockingly new for its position of prominence—the firm was founded in 2015—the attorneys of Monument Law have developed a bare knuckled, hardball, full court press reputation that has created one of the most feared, hated, and successful firms in the city. Many smaller firms refuse to take cases against those they represent, and even larger and more established firms have learned the hard way that in addition to razor sharp legal minds the firm boasts an almost unethically influential position with not only many prominent judges and local officials, but also with the local police and emergency services.

The firm’s offices in Perdido House buzz night and day, maintaining a highly irregular but shockingly effective three shift schedule that has allowed them to respond to client needs immediately at all hours, barrage opposing counsel with mountains of paperwork, and employ a larger than normal number of interns and others working off hours around school schedules. The office thrives on the youth of not only its featured partners, but also those interns, associates, and paralegals, employing novel solutions and legal strategies that might otherwise die in a more established and traditional firm.

Monument’s undisputed specialization is Employment and Corporate Law, with the firm enjoying privileged status as the primary outside counsel for such regional powerhouses at Whitney Hancock Bank and Malveaux Oil. That status is unsurprising, and often commented on, given the Malveaux and Devillers heiress Caroline Malveaux-Devillers’ position within the firm. Snide comments about the nepotism inherent in those contracts residing with her firm have done nothing to separate the firm from the lucrative contracts.

While corporate matters may be their bread and butter, the firm also maintains meaningful Civil Litigation and Criminal Law divisions—mostly representing already wealthy and exclusive clients. Their representation of the Malveaux family in the numerous wrongful death suits following the death of Claire Malveaux is only one of the more public successes they’ve notched.

The modern success of Monument is all the more shocking for the rocky beginning it experienced. Originally founded in 2015 as Bishop, Bowden, and Reffett, Monument was rebranded to its current title and shifted its offices to its current location in 2016 to Perdido House’s after the tragic death of early partners Gerald Bishop and Nerea Ericson in a fiery car accident.

More than a few speculated that in the aftermaths of the deaths of two partners, including the firm’s most well-known and experienced ‘senior’ partner in Bishop, Monument would close doors. Instead, supported in part by large ‘dead peasant’ insurance payments and (rumored) larger settlements related to the deaths of both partners the firm limped on until the very public addition of Malveaux heiress Caroline Malveuax-Devillers. Bringing onboard the firm’s two largest clients, Ms. Malveaux-Devillers seemingly solidified a position of power and authority atop even the ‘founding’ partners that has persisted to this day.

Looking out across the city from the 33rd floor of one of New Orleans’ most iconic buildings, Monument Law makes its wealth and influence well known long before clients step foot in its offices.

It begins with parking at Perdido House. Whether in the skyscraper’s underground gated garage for VIPs and executives, overseen by black-garbed security guards with submachine guns that all but scream that no riffraff will be tolerated, or across the street in the more public lot, one cannot help but be awed by the approach to the skyscraper. VIPs can expect to be met in the parking lot and escorted up a keycarded elevator, while less distinguished visitors are badged by the building’s receptionists in the lobby before taking the elevator up.

Once on the 33rd floor and inside the sprawling domain visitors are assaulted with a fiercely efficient and modern, almost futuristic, aesthetic of glass, steel, and black granite. The whole office is badged, with access to each area restricted to employees and those escorted. Conference and waiting rooms are privacy glass and steel framed—left transparent while waiting but turned opaque once meeting are in progress. Banks of computer and television screens displaying information replace the traditional bookshelves in both meeting rooms and offices, and most employees work off tablets vice paper and seamlessly transfer work to those displays on demand. There’s a polished sleekness to the entire operation, down to the perfectly gleaming glass conference tables and black leather chairs that’s designed to send a message: this firm is focused on the future.

The lobby and polished conference rooms are as far as most go into the firm’s office spaces: they’re positioned just off the reception area to purposefully contain visitors and clients. Immediately past the conference rooms are the senior partner offices for Ms. Bowden, Mr. Reffett, Ms. Malveaux-Devillers, and Mr. Rose. Their location is not incidental: as senior partners they’re the most likely to meet with visitors in their offices, and the central position best positions them to meet with clients in the conference rooms as well as look in on the rest of the firm’s work, while also requiring incoming employees to walk past their offices every day: a reminder of who is at the top. Two additional ‘senior’ offices sit empty, awaiting the next high achievers to join the firm. The message is far from subtle: there’s room at the top.

Past them are wings for each major line of effort: corporate law, employment law, civil litigation, criminal law, investigations, and special services. Each wing includes a large common “workcenter” for paralegals and interns adjoined by a number supervising attorneys’ private offices (at least three per line of effort to facilitate the three shift work schedule). Visitors rarely have cause to journey that deeply into Monument. Mingling between the different lines of effort is typically only facilitated in the well-stocked and comfortable breakroom they share.


Born: 1989
Families: The Devillers, the Malveauxes
Status: Monument Law ••••
The “lead” partner at Monument since 2016, Caroline’s role was originally assumed to be primarily as a bridge with several high profile clients she had relationships with—especially given her limited physical presence at the firm. Some went so far as to joke that she was the only there for that purpose, or that her association with the firm was a vanity piece for a spoiled rich girl. Few of those jokes survived into 2017, by which time she’d established a reputation not only as a frightful savant that could quote applicable case law from memory, but also as Monument’s hardball negotiator brought in when a settlement was absolutely required. Though her trial history is limited (some whisper non-existent, despite her name attached to many cases associated with the firm) few opposing counsels are eager to sit across from her at the negotiating table. Works irregular schedules around an array of responsibilities, but most frequently seen in the office on the second shift into the evening.


Born: 1985
Status: Monument Law •••
Founding partner at the firm that survived the transition to Monument Law, stories about Denise’s sexual escapades are almost legendary, and certainly infamous, in the legal community.


Born: 1986
Status: Monument Law •••
Founding Partner at the firm that survived the transition to Monument Law, Dustin was a work-addicted criminal attorney thought “un-parternable” after he checked into a psych ward in 2013 after following a nervous breakdown. He proved his detractors wrong in his success at Monument as the lead on their criminal law division and has been a force within the firm as the partner most frequently available on their ‘day’ shift. It’s not uncommon for Dustin to work 12-15 hour days at the firm, coming in before sunrise to start his day and keep tabs on others. While his focus is criminal law, he can’t resist sticking his toe in almost every other aspect of the firm’s business. Has a fantastic win rate when cases go to trial, but frequently slips into bouts of intense self-loathing requiring intervention by other partners following a rare loss. The rest of the office knows to keep their distance.


Born: 1991
Family: The Rabinowitzes
Status: Monument Law ••
Ms. Rabinowitz occupies an unusual position within ML as the Director of Media Relations and Special Services that places her somewhere between a partner and associate in power and influence within the firm. Officially her office supports lines of effort for all of the firm’s focus areas and is responsible for arranging everything from private investigators, to press releases, to favorable media coverage, to extra-judicial services the firm sometimes provides such as short-term lodging or protective services. Some early associates scoffed at her. None survived her at the firm. Canny would-be partners have learned the value in currying her favor.


Born: 1984
Family: The Roberts
Status: Monument Law •
A paralegal with ten years of experience working in the bitter industry that is family law, Ian steadfastly swears he’ll never marry or have a family. He’s seen the ways in which that goes all too many times. He’s content instead with his long-term girlfriend Chelsea Donaldson and their fairly uncomplicated lives. Nosy but also discrete, Ian greatly enjoys learning secrets and details about people simple for the sake of being ‘in the know.’ In that curiosity, he is greatly satisfied with his job and its ability to pry deeply into people’s lives on a deep and intimate level. He comes from a ‘normal’ middle-class nuclear family himself, including a mother and father who have been married for more than twenty years, and two younger sisters (one of whom he is deeply frustrated with for her recent marriage without a prenuptial agreement). The Roberts family as a whole is old money and includes Louisiana’s governor Bill Jay Roberts, though Ian’s immediate family is only distantly related to the governor and has fallen out of the primary line of succession. They remain comfortably middle class, which each child (including Ian) inheriting a small six figure number worth of stock in the old family company (which his parents used to help pay for his sisters’ college). Ian himself, in turn, is relatively financially stable. His co-workers consider him likable in a self-deprecating, hard-working, humblebragging way.