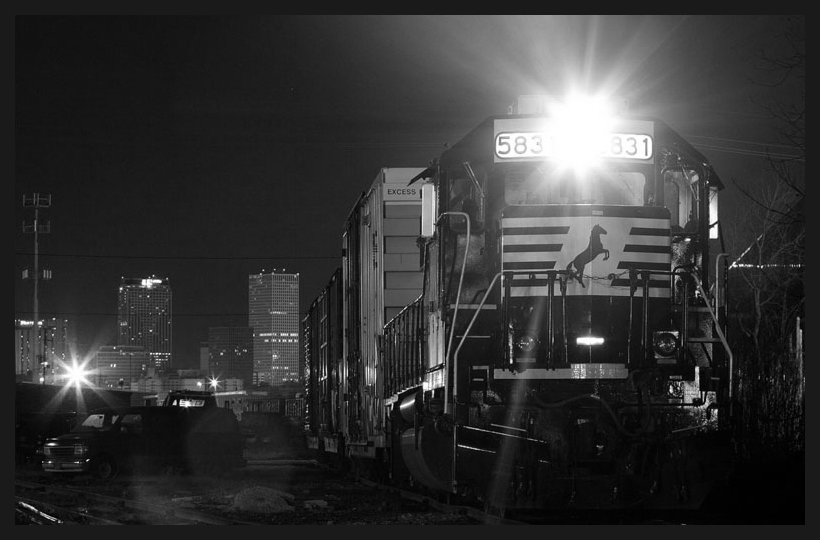 Just northwest of the downtown core is the large, urban sprawl known as Mid-City. It’s a working-class to middle-class neighborhood with fewer tourist destinations than the rest of the city. Locals describe it as “laid-back and authentic.” A fair percentage of the New Orleans’ total population is concentrated here, and wheresoever go the kine, so must the Kindred follow. As a result, Mid-City has the dubious distinction of having birthed the phenomenon known as the Kindred “krewe.” Vidal has grown so efficient about sequestering Anarchs and other unimportant new arrivals to his city in Mid-City that they eventually decided to band together of their own accord. These predominately neonate coteries operate much like gangs and call themselves “krewes,” and have become an important part of the Kindred street scene tonight. At least five such krewes are known to exist, and while a handful of members among them don’t even have Vidal’s permission to stay in New Orleans, that is their base of operations nonetheless. Indeed, getting one’s krewe-mates to let one stay in their territory illegally is one of the only ways a neonate can thumb their nose at the prince.

This is not to say that only neonates dwell in Mid-City. In fact, it is a matter of some pride for local residents that two members of the Cabildo—Coco Duquette and Miss Opal—maintain havens and feeding rights in their district. And not only do they choose to dwell here, but they’re proud of it, as well, and do more to help the neonates of their district than many would ever have thought they would care to do. As such, Coco Duquette and Miss Opal are often viewed as the Mid-City Krewes’ respective “big sister” and “big mama.”

Mid-City was once low-lying swamp land, so early settlement was on the highest land. In the 19th century, locals referred to the area as “Back of Town,” a mostly sparse place with some dairy farms and cemeteries. Native Americans lived on higher ground near Bayou St. John before Europeans immigrated to the area.

Mid-City developed from the outside in as a result of where topographic ridges were. People first started settling around off Metairie Ridge, in the area that’s now City Park Avenue, and around Bayou St. John, where the Esplanade Ridge gave the area some elevation.

People began to lay out street grids and build houses in the late 1800s after the Civil War. With the installation of improved drainage systems around 1900, swampy areas were drained out and development expanded. Mid-City was made fully habitable in 1913 with the invention of the screw pump, a device that allowed water to be pumped from land situated below sea level. By 1920, Mid-City was completely developed and home to several business companies. Commercial development followed along Broad and Canal streets and Tulane Avenue.

Hurricane Katrina and the federal levee failures devastated Mid-City, which experienced extensive flooding. Repopulation and reconstruction was concentrated along major thoroughfares; by 2007, approximately 55% of the residents were again living in the area. More than 15 years later, markers of Katrina still exist in the abandoned Lindy Boggs Medical Center on Bienville Street and some vacant commercial properties on Canal Street.

Mid-City is the heart of the local Anarch Movement. Vidal granted Coco Duquette and Miss Opal regency over the neighborhood in the early 1900s when it started to be developed. Most Kindred think he did so to keep the Anarchs from falling into Savoy’s camp, since the French Quarter lord would have less to offer them if they had territory of their own. The fact Mid-City wasn’t especially valuable land made it a small loss to the prince.

Coco and Miss Opal considered it a victory, though, and responded by democratizing the regency’s governance. Territory and other local issues are decided by popular vote, rather than the will of two elders. Mid-City has operated off the system ever since: while Vidal still considers Coco and Miss Opal to be the regency’s true rulers, who merely listen to the input of their vassals, the local Anarchs view their “big sister” and “big mama” more like foreign ministers to the out-of-touch prince.

Since the appearance of thin-bloods in the 1990s, the area has become a popular spot for ones who haven’t wound up in the French Quarter. Anarch feelings towards their weak-blooded cousins are mixed, but they’re better than the covenants. Content Not Found: caitlin-meaows and the Guard de Ville go on periodic sweeps throughout the district to root out squatting thin-bloods. This practice has engendered little love from the local Anarchs, many of whom will hide the duskborn purely as a way to stick it to the prince.

In 2015, following the scandal over John Harley Matheson’s headhunting and the resulting schism among the Anarchs, a substantial portion of the Movement abandoned Mid-City for the French Quarter. The area is somewhat emptier of Kindred inhabitants than it used to be and has made for easier feeding.

Territory in Mid-City is mostly divided by krewe, who each control a chunk of domain. There’s also an area reserved for any resident of the neighborhood to feed. Coco’s favored hangout, Blaze, is neutral ground (though not Elysium) and a meeting spot for many Anarchs. Covenant-wide gatherings, known as rants (distinct from Clan Brujah’s rants), are held at Cypress Grove Cemetery and sometimes other locations, such as Delgado Community College.

Enforcement of the Fifth Tradition is fairly lax in Mid-City due to the decentralized nature of the regency’s governance. If a given Anarch or krewe wants to invite into the neighborhood, that’s their business. Kindred who pass through without an invitation or convincing reason for being in the area, though, can run into trouble from the krewes. Kindred who’ve made themselves unpopular with the Anarchs are likely to get badly beaten, or even disappear altogether if sufficiently hated.

Poaching in a given krewe’s territory is punished by the krewe as it sees fit. This is usually a brutal enough beating to leave the poacher on the verge of torpor, though many krewes also enjoy playing “games” with trespassers—Russian roulette (but stabbing or burning the perpetrator in addition to shooting them), staking them until shortly before dawn to dump in the middle of the street, and so on. 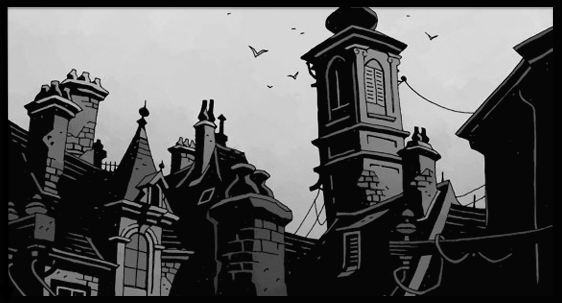 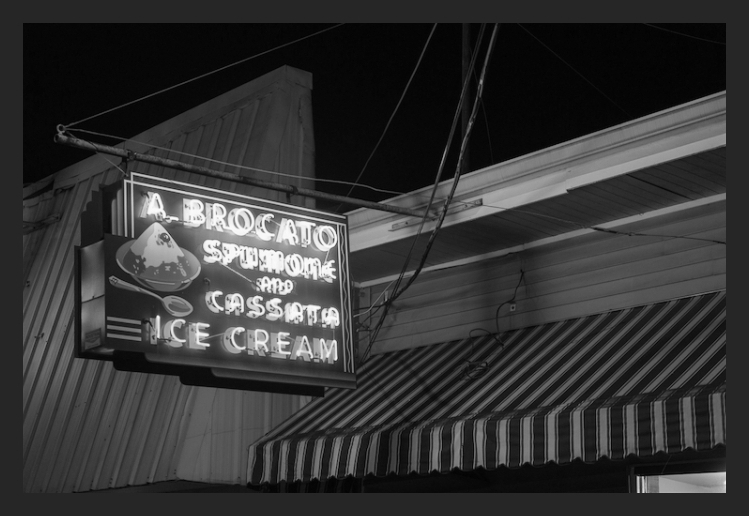 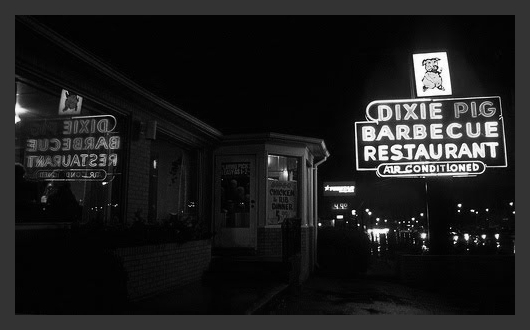 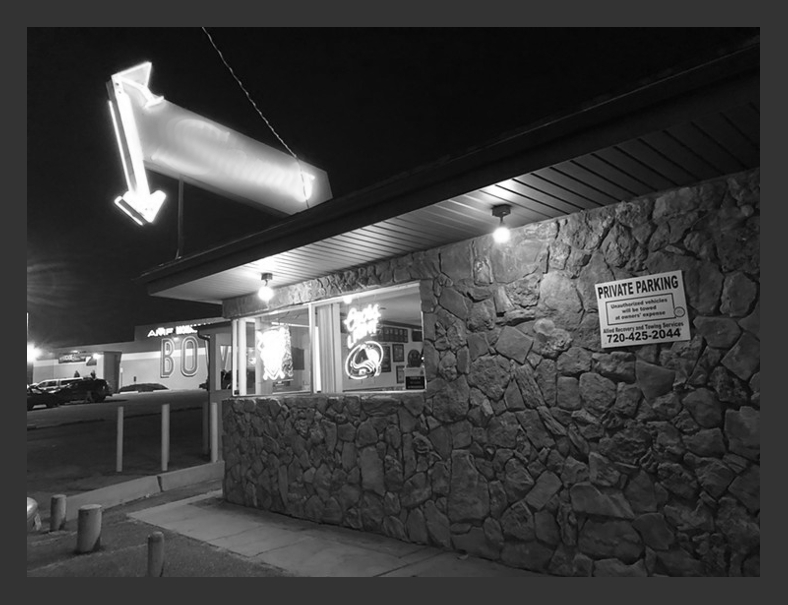 • Blaze
Favored bar and hangout for local Anarchs owned by Coco Duquette. It’s a rough and tumble place, but most of the clientele have learned by now not to fuck with Kindred patrons. Likewise, although the bar isn’t Elysium, local Kindred know not to start trouble there. When someone wants to see Coco, they usually meet here there. Anarchs with grievances against one another are also invited to resolve them there, with or without Coco’s help, if they don’t want to involve the entire Movement at the rants. 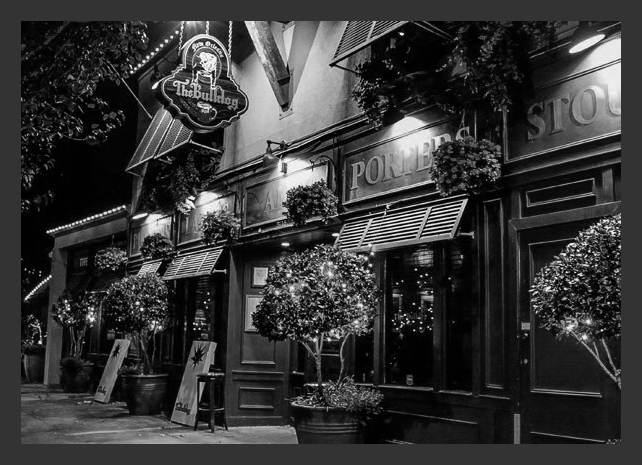 • The Bulldog
Popular sports bar located near the corner of City Park Avenue. Caters to more ‘tranquil’ if not wealthier patrons than local peers such as Danny’s and Blaze. 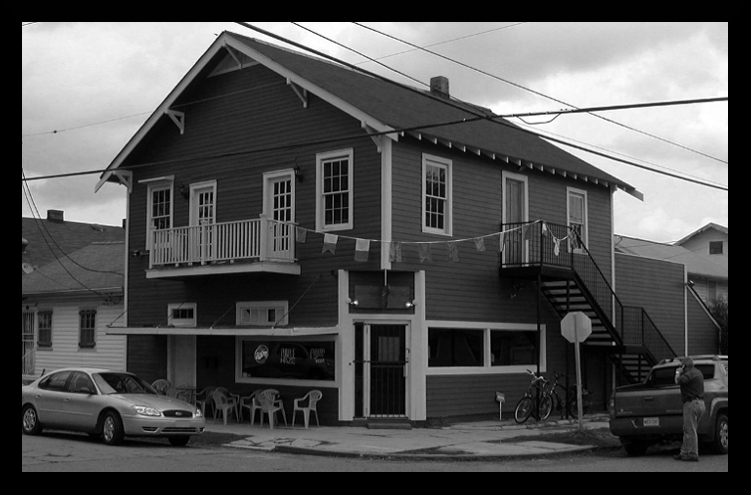 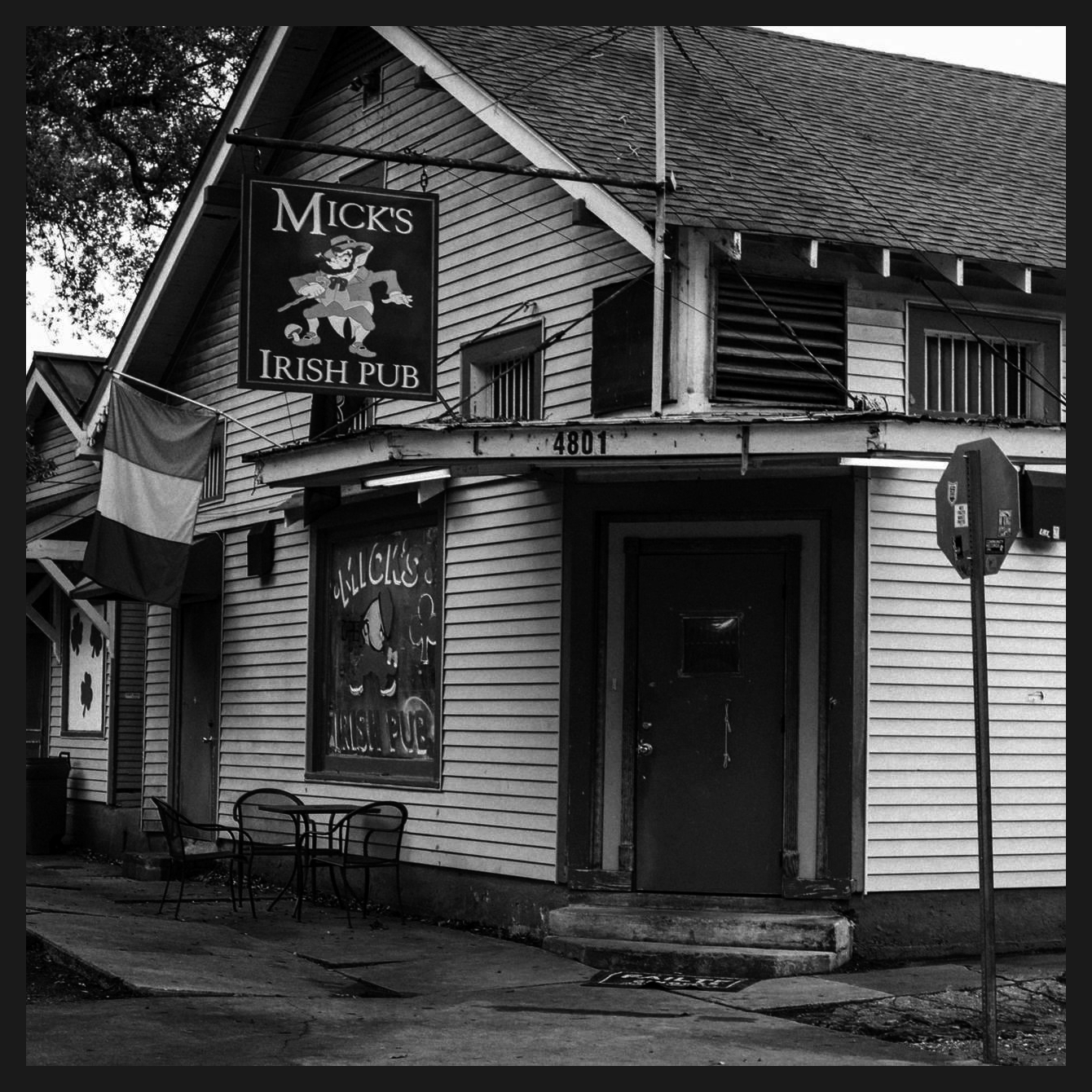 • Mick’s Irish Pub
An Irish bar which has existed various incarnations for the past century, Mick’s is located a short ways from City Park. 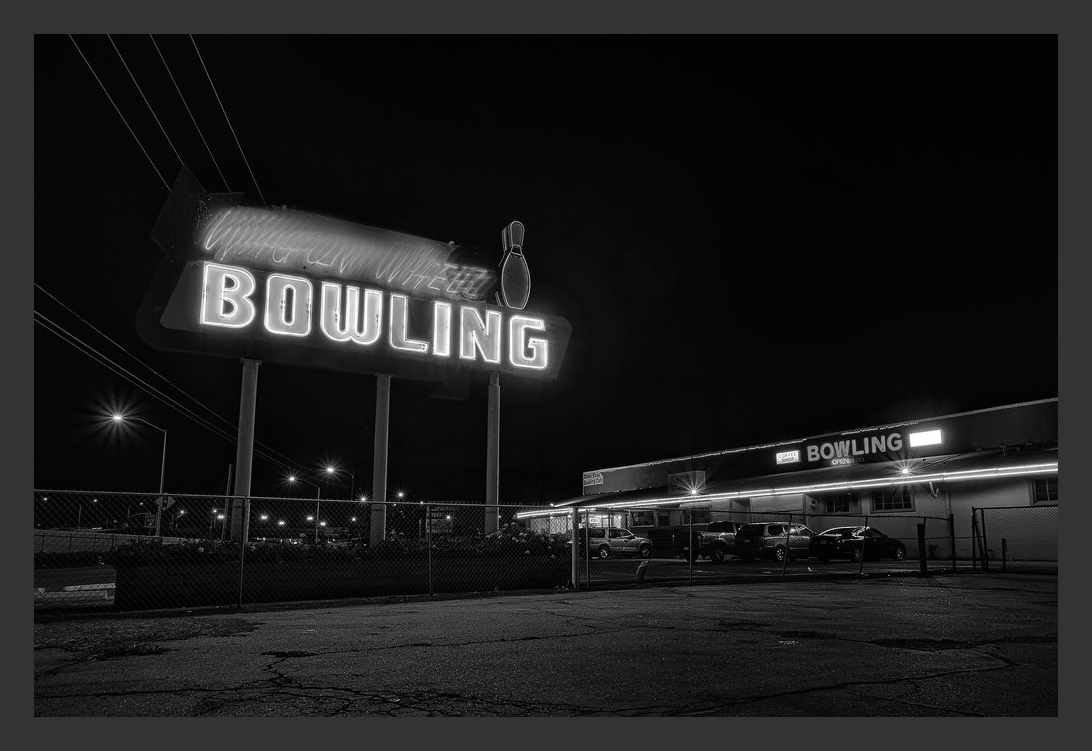 • Mid-City Lanes
Purgatory-themed bowling alley called “the Gutter” by its regulars and nay-sayers. Owned and operated by Patrick Dolan. 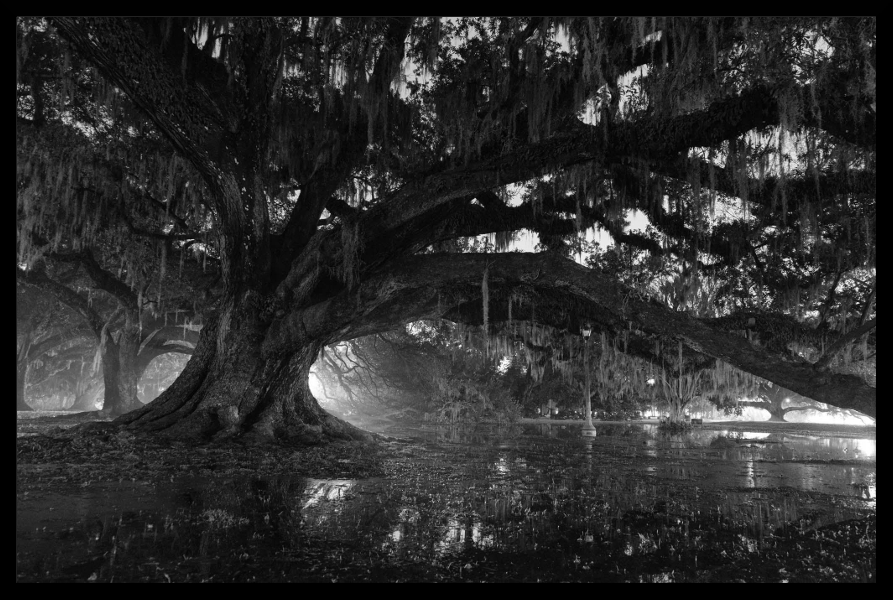 Spanning over 1,000 acres, this park (the fifth-largest in the U.S., and 150% the size of Central Park) has been in existence since 1854, making it one of the oldest in the city. It houses many paths, ponds, 800 year-old oaks and a unique wooden carousel from the early 20th century.

As with all pubic parks, City Park is not the domain of the Anarchs: all Kindred are permitted here, though Anarchs are some of the most common given the park’s proximity to their territory. Yet even they bow to the Gangrel presence in the area. As the city’s largest green space, City Park is an extremely popular meeting spot and hangout for the Beast Clan. The kine presence can be an inconvenience, but there are no Loup-Garoux. Many Gangrel are thought to spend their days cocooned beneath the park’s earth. 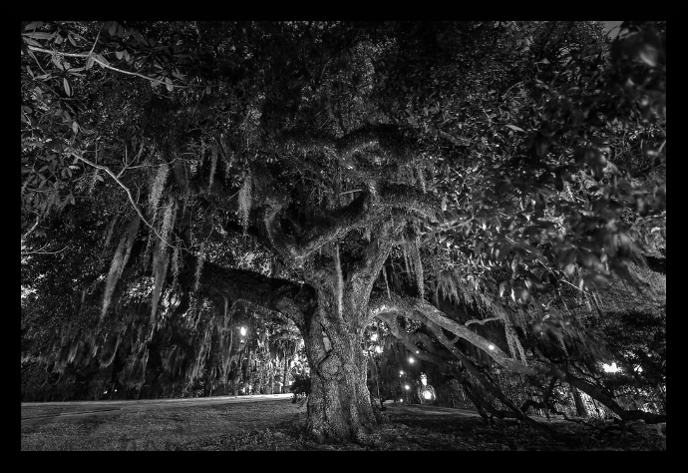 • Dueling Oak
Many myths are associated with the “Dueling Oaks.” An 1892 Times-Democrat article noted that “Blood has been shed under the old cathedral aisles of nature. Between 1834 and 1844 scarcely a day passed without duels being fought at the Oaks. Why, it would not be strange if the very violets blossomed red of this soaked grass! The lover for his mistress, the gentleman for his honor, the courtier for his King; what loyalty has not cried out in pistol shot and scratch of steel! Sometimes two or three hundred people hurried from the city to witness these human baitings. On the occasion of one duel the spectators could stand no more, drew their swords, and there was a general melee.”

One of the frequently referenced duels involved a “European scientist insulting the Mississippi River by calling it ‘but a tiny rill compared to the great rivers of Europe.’ A Creole overheard the insult and immediately came to the defense of the river, challenging the scientist to a duel, which the Creole won.”

Before the Dueling Oaks became a favorite spot for disrespected Creoles, a frequent dueling site had been St. Anthony’s Garden, located behind the St. Louis Cathedral. In 1855, laws against dueling began to be enforced, so most duels moved to the city’s outskirts. Some sources claim that the last duel was fought beneath the oaks in 1890, while others contend the last one took place during the first decade of the 20th century.

Dueling remain alive and well among the Kindred, however, and the Dueling Oak remains a favored venue for affronted vampires to settle their differences through violence. Mortals who happen past the infamous tree after dark may not survive to regret the mistake. Locals attribute continued violence around the Dueling Oak to gangs. 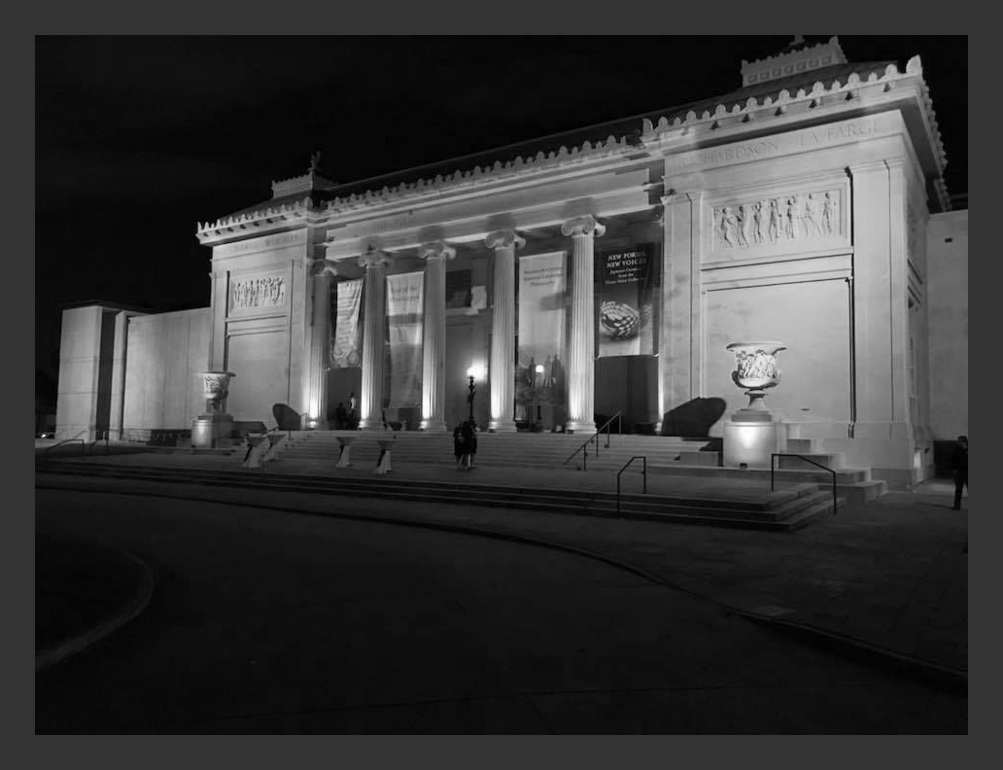 • New Orleans Museum of Art (NOMA) (Elysium)
The city’s oldest fine arts museum, established in 1911 and home to more than 40,000 objects spanning 5,000 years of art, including the Italian Renaissance to the modern era.