“There ain’t nothing you fear more than a bad headline, now, is there? You’d rather live in shit than let the world see you work a shovel.”
Cedric Daniels, The Wire
“The media’s the most powerful entity on earth. They have the power to make the innocent guilty and to make the guilty innocent, and that’s power. Because they control the minds of the masses.”
Malcolm X
“The bad news is that 50 people died in a hotel fire: the good news is that we got exclusive footage.”
Jessica Savitch 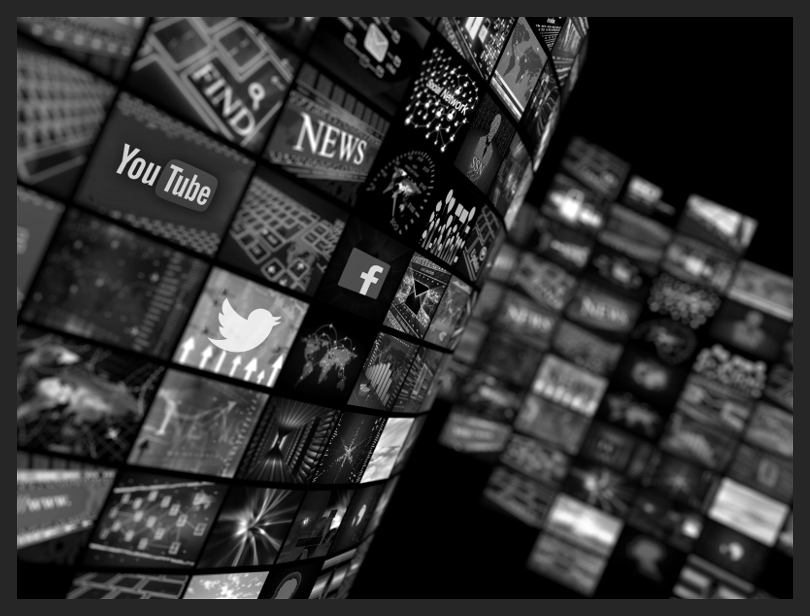 Media is the eyes and ears of the mortal world. At once informative and insightful, Media is also considered corrupt and biased. No one is surprised when news people seem to turn a blind eye to big problems and then on the next day, make much ado about something relatively minor. Those with this influence are able to control and direct online news, broadcast news, and the increasingly irrelevant printed news. The Kindred who controls the media is a powerful Kindred indeed, frequently sought to handle Masquerade breaches. Contacts and allies can include: station directors, editors, reporters, anchors, camera people, photographers, and radio and television personalities.


Born: 1986
Status: Times-Picayune •••
Jackson Kibbe is loyal to three things: publicity, a juicy story, and the Malveaux family. Their designated hitman in Louisiana media, he’s risen to the lofty position of editor for the Times-Picayune mostly through nepotism, but also maintains a ‘news blog’ on the side not directly linked to him, where he’s published many of his most sensitive stories he can’t get into the paper under the name ‘Axis’. Directly responsible for leaking everything from damaging internal memos belonging to environmental groups, to graphic photos of democratic politicians engaged in unsavory actions, to stolen medical records belonging to 17-year-old girls like Hillary Cherry. An incurable gossip and flirt, his cruelty was on full display when he posted not only Hillary’s medical records, but photos of her, pale as a sheet with a tear-streaked face, as she was loaded into the ambulance following her suicide attempt.


Born: 1991
Family: The Rabinowitzes
Status: Monument Law ••
Ms. Rabinowitz occupies an unusual position within ML as the Director of Media Relations and Special Services that places her somewhere between a partner and associate in power and influence within the firm. Officially her office supports lines of effort for all of the firm’s focus areas and is responsible for arranging everything from private investigators, to press releases, to favorable media coverage, to extra-judicial services the firm sometimes provides such as short-term lodging or protective services. Some early associates scoffed at her. None survived her at the firm. Canny would-be partners have learned the value in currying her favor.


Born: 1956
Family: The Landrys
Retired journalist, an old newshound muckraker, who used to work for the local Times-Picayune. Covered crime and politics and anything else hot he could find. Frequent patron of the bowling alley owned by his brother-in-law, Patrick Dolan. Heads a local bowling league team, the Limbo Kings.


Born: 1983
Recreational videojournalist and anonymous paranormal blogger whose legs became paralyzed while filming a documentary in war-torn Afghanistan. Previous thrill-seeker and playboy, but has become more withdrawn and reliant upon his opium–a habit he picked up in Afghanistan to soothe his physical as well as metaphysical pain. Disowned heir but still-wealthy trust fund baby of the rich Pelletier family of New Orleans’ Garden District. Friends with Christofer Steiner.

Born: 2003
Cameron’s mother teases that he was born with a camera in his hand, and thanks him for not taking any shots on the way out. When he was a boy, he was obsessed with photographs—from fake, toy cameras that did nothing at all, to using (and abusing) all the film on dollar-store disposable cameras, his career was chosen almost as soon as he could walk.

Cameron earned a partial scholarship to University of New Orleans in 2021 to attend their photography program. Book learning only goes so far, and he attributes much of what he learned in the last year to a fortunate encounter with Craig Bird, self-proclaimed “High Society Truth & Transparency Investigator.” Excited at the prospect of using his skill and love to build a career even before his first year of university is up, Cameron accepted a position with the man. The pair can frequently be seen photographing (or trying to) well-known politicians, barons of industry, and celebrities at public functions—and many that aren’t so public.

Born: 1971
An A-list actor opens their shades in the morning, only to see a camera peeking out of the bushes. A singer emerges from their pool, thankful that no one saw a slip of their bathing suit. A flash emits from the treeline. Craig Bird lives up to his name: he gets everywhere. Whenever he hears about an all-exclusive party, or a tryst between two members of high-society, or a backroom deal between two otherwise-honest men, he is there. The flash of his camera is as quick and devastating as lightning. The only chance for reprieve is to be the highest bidder.

He lives for the thrill of it; for the chase of truth and transparency; for showing that the creatures that look down from ivory towers are just as human and decrepit as the rest of us.

He’s good at his job.


Born: 1987
Freelance investigator turned journalist that helped break the Ray Nagin story right out of college, David has had limited success since then, mostly uncovering small-scale corruption at the local EEOC office, though he’s pursuing a lead at present about police superintendent Bernard Drouillard illegally diverting funds, and the death of an agent in the line of duty as a result. Idealist sobered by his success, and considered by some to be a bit paranoid. Transgendered and disowned by his family for it. Late twenties.


Born: 1992
A halfhearted member of New Orleans’ relatively large Jewish Reform population, to the more than slight consternation of his religious parents. It was clear from an early age that Ezekiel had a far more devout interest in the D.C. Universe and the works of Alan Moore than in Tanakh and the writings of the Sages. His interest in all things irrelevant to real life, as well as a powerful optimism of the worst kind, probably would have made him a pariah in middle school even without his acne. Milo Glass became his friend by accident, in that they happened to be exiled to the same corner of the cafeteria, and in that Milo happened to be one of the few people who believed that a conversation was really all listening to the other person, especially when that person seems to be able to talk enough for the rest of the empty seats at their table. Zeke’s filled out, if not nicely, then decently, his acne vanishing into freckles and his baby fat becoming… less babyish. Works at the Times-Picayune as a cartoonist to pay the bills, though his real ambition is to publish the graphic novel he’s spent the last five years working on. Despite his oft-repeated childhood vows, he did end up somehow marrying a nice Jewish girl. Or at least, as Milo emphasizes, become engaged to one.


Born: 1979
Family: The Whites
Local news anchor known for his “investigative reports” into largely trivial matters such as food poisoning at a given restaurant, or an individual landlord’s policies. Carved out a name for himself among the bored older crowd that actually watches the local news, who hail him as a hero for exposing the “dangers” of the city. In truth frustrated by his work and inability to break a real news story, but afraid to take a chance or make it big because he feels it would endanger his comfortable life. Has his kids on the weekends, and tries to schedule fun events and trips for them. Formerly married to Jada White.


Born: 1989
Family: The Longs
Struggling journalist four years out of Tulane who hasn’t quite hit it big and is mostly regulated to writing boring stories. Concerned that he’s going to be laid off sooner rather than later due to the struggling finances of most print publications, and has already taken a pay cut to keep on, which he is extremely self-conscious of. Long comes from a deeply conservative background and still clings to notions that he should be the primary breadwinner, which has not helped him in a profession that is increasingly relying on freelance workers. Vastly out-earned by his corporate wife, Caitlin, and his own morale and self-esteem have been battered, leading to increasing conflict with his wife, mostly instigated by himself. Almost desperately wants a break, but also principled and disgusted by what he perceives as immoral actions within the industry.


Born: 1963
Family: The Haileys
Status: Ask Jasmine •
Late night host of “Ask Jasmine”, a radio advice show in which she “helps” people with their “problems.” Sultry voice, but in truth closer to fifty and showing her age badly. Jasmine studied psychology in undergrad thirty years ago, but found that more ridiculous ‘Dr. Phil’ methods made for better ratings, and it’s questionable how much she manages to help anyone. Particularly enjoys advising women to leave their husbands or boyfriends. She herself has been divorced three times. Mother to Milo Glass and the legally deceased Malcom Glass.

Born: 1992
Deceased: 2016 (age 24)
Family: The Glasses
Status: Times-Picayune •
Paranoid hacktivist, content analyst at the Times-Picayune, and sometime cyberterrorist. Disappeared in 2016 and presumed (though not yet legally declared) deceased.


Born: 1991
Tabloid reporter, blogger, and paranormal investigator, Rebecca wants desperately to believe in the supernatural, though her faith is untested (much to her disappointment). Mostly of the time Rebecca is writing trashy stories about celebrities and local personalities, but occasionally hits on a real story. Spends a great deal of time stalking around high profile high society events. Occasionally goes ghost hunting at local ghost hot spots, but doesn’t really buy into the ghost hunters fully. Orphaned after her father shot her mother and then himself, she secretly believes he was manipulated into doing so, despite the evidence that surfaced after the fact of infidelity and financial struggles. Sexually abused when she was in foster care by her foster father when she was 14, Rebecca has continued a deeply dysfunctional experience with relationships ever since, approaching sex casually but shying away from actual intimacy. Currently sleeping with Tim Ratzel of the NOPD, mostly out of convenience and as an easy source of cheap stories. She knows she’s a fling for him on the side of his real relationship, but is happy with and even prefers the arrangement. Works and sleeps odd hours, as she’s often up late writing stories then sleeps late into the morning.

by: SilkenScarlet
See All Pages