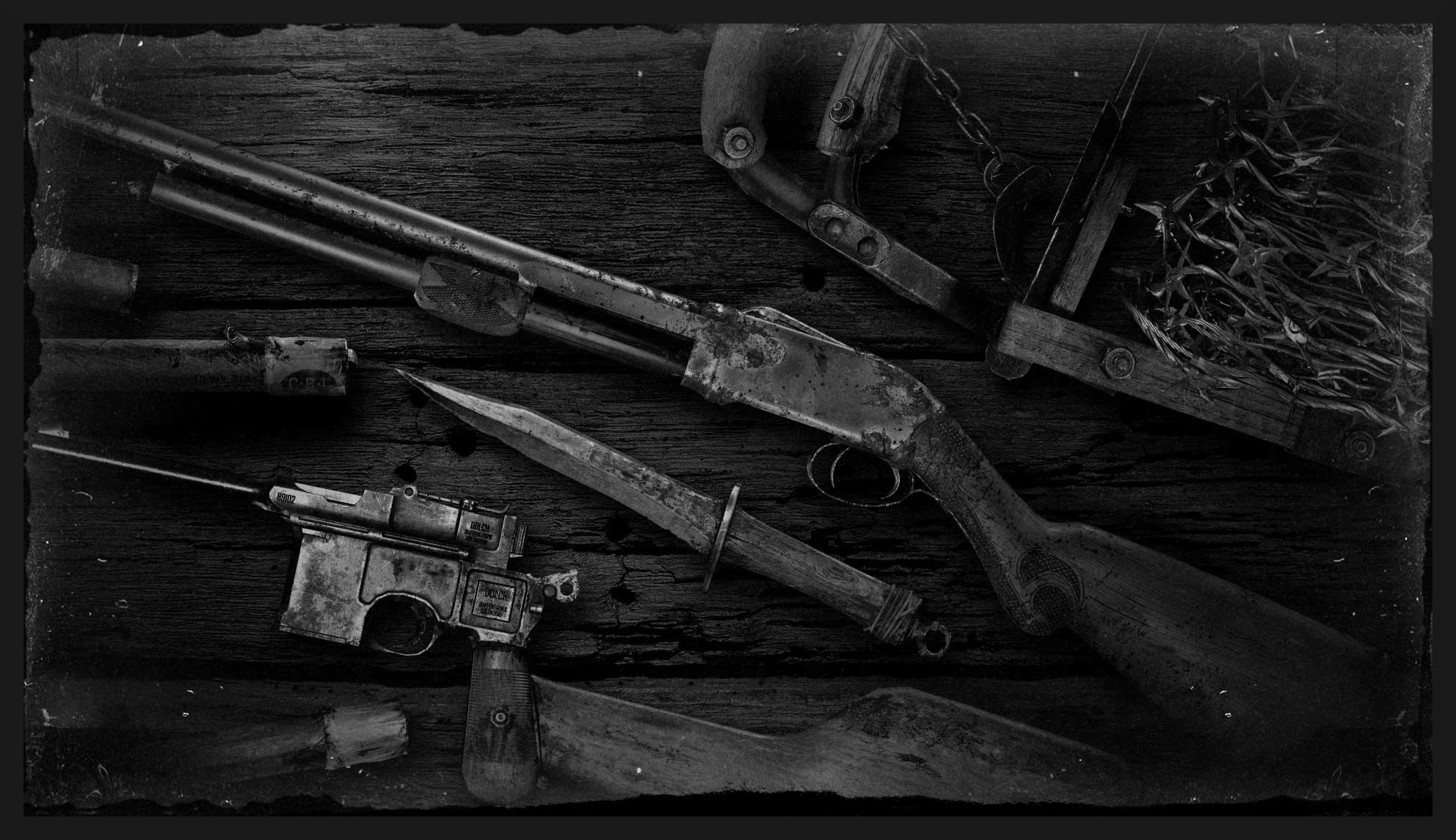 Hunters use identical rules to ordinary mortals with three exceptions: some extra dots during character creation, Awareness, and Endowments.

Edges: Hunter PCs begin play with ten rather than seven dots to distribute among Edges.

Status: Hunter PCs begin play with one free dot in Status (a cell of fellow hunters) and Status (a larger hunter organization). Players can spend Edge dots to increase their PC’s dot ratings in these types of Status as normal.

If the GM is running a more “street-level” game where PCs do not initially belong to a hunter compact or conspiracy, then PCs don’t begin play with the Status (hunter organization) dot.

Awareness is the Supernatural Tolerance trait used by hunters. It carries several benefits:

• Hunter PCs add their Awareness to the amount of Story Points they can store—the Vigil drives them to feats they’d have never previously been capable of.

• Unlike most Supernatural Tolerance traits, Awareness does not add to a hunter’s dice pools to resist supernatural powers. A hunter resisting a vampire’s Dominate rolls Resolve + Composure against the vampire’s Attribute + Skill + Dominate; odds favor the vampire. Hunters are all-too fragile in direct confrontations against the monsters that prey on humanity. They must make up the difference through cleverness and teamwork.

A hunter’s Awareness is determined by how much exposure they’ve had to the supernatural.

Ghouls and other lesser night-folk who consider themselves hunters do not have Awareness scores.

Hunters are not supernatural creatures. They do not command the unholy powers of the night (although the case could be made for the Lucifuge), nor do they possess inborn resistance to injury or death. Around the world, the vast majority of hunters face the supernatural armed with little more than their wits, willpower and whatever supplies they can gather from the local sporting goods store.

Some hunters, though, have access to powers beyond those that ordinary men and women can acquire. Some would argue that these tools make them every bit as unnatural as the things they profess to hate—how much difference is there, really, between a witch who calls down lightning from the sky and a man who has implanted a swarm of insect monsters into his body to use as a weapon? Others counter that to destroy the monsters that hide in the shadows with any chance of success, a hunter needs every edge they can get.

Endowments function similarly to Loresheets and come with a variety of 1-5 dot powers that hunters may buy, some individually and some as a prerequisite to others. All Endowments are associated with a specific conspiracy. For hunters with Status in the associated conspiracy, an Endowment costs 1 XP per dot rating to buy. If it has no dot rating listed, it costs 3 XP. Hunters who are not members of the conspiracy buy Endowments for an Edge’s normal XP cost (5 XP if it has none listed), if the GM even lets them at all—most conspiracies jealously guard their occult secrets.

Ghoul Hunters: Most Endowments add the hunter’s Awareness dots to a dice pool or have numeric effects determined by the hunter’s Awareness. Ghoul hunters use their Status dots in the conspiracy instead of Awareness. Their slavery to vampires (or at least vitae dependence) retards their innate supernatural potential, but they can “fake it” through long association with a conspiracy.