“If yous play a game, yous get to decide on three things first: the rules yous live by, the stakes yous die by, and the quitting time before yous go bye-bye.”
—Adriano “Rat Face” Ratti

“You have the world’s worst poker face.”
“You’re a poker player’s wet dream. Sorry, sweetheart, you can’t bluff me. One thing a poker face can’t hide is love.” 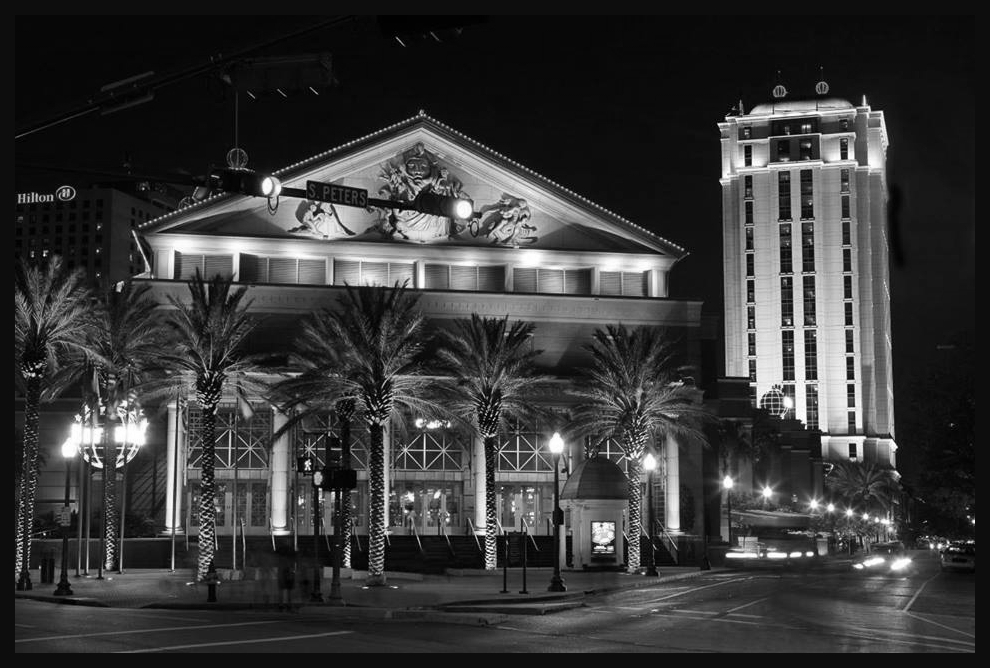 Harrah’s New Orleans, conceived in 1991 by Christopher Hemmeter and billed to be the world’s largest casino, was envisioned to resemble the Monte Carlo Casino and evoke a sense of the Chicago World’s Fair. His vision failed, and the criminal elements that lurk in the casino’s back rooms, skimming off its profits and keeping things “running smoothly”, linger like a bad haze in Harrah’s New Orleans, polluting the minds and lungs of patrons with its many excesses.

Harrah’s New Orleans is a haunt for cretins and losers.

A beautiful monument to debauchery, Harrah’s New Orleans is ostensibly glamorous and utterly lovely. It’s all wrapped up in neon-light signs, trimmed palm trees, well-dressed staff, and an immaculate decor.

The criminal underbelly has never looked so pristine, so tantalizingly beautiful. It is a monument of temptation. A temptress built of brick and mortar, being the sole land-based casino in all the State of Louisiana. The riverboats have their novelty, the Native Americans have their sentimentality, the racino’s have their iniquity, but only Harrah’s can boast its singularity. As a result, Harrah’s New Orleans holds a monopoly on the city’s vice trade.

by: z_dude_here
See All Pages