“Now won’t you come along with me
To the Mis-sis-sip-pi?
We’ll take a trip to the land of dreams
Blow down the river to New Orleans
The band’s there to meet us
Old friends to greet us
Where the line and the dark folks meet.”
Louis Armstrong, Basin Street Blues 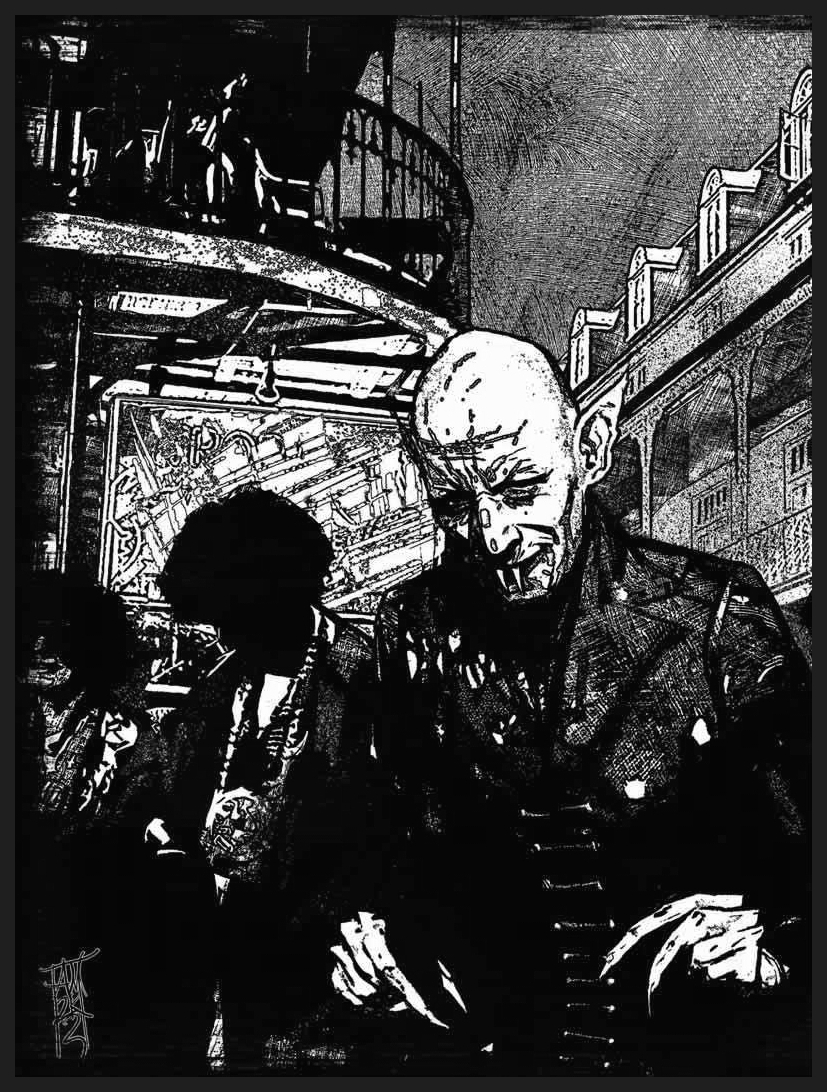 “Our laws are harsh, and harsh by necessity. If the kine knew of our existence, they would rise up and destroy us.”
Philip Maldonato to Caroline Malveaux-Devillers

There are approximately 378,000 mundane humans who live, breathe, and die in New Orleans. This number balloons to over 1,150,000 when one includes residents of the city’s greater metropolitan area. However grossly overpopulated the Big Easy might be by Kindred standards, vampires compose less than one ten-thousandth of the city’s total population. Most mortals go their entire lives without knowingly crossing paths with the supernatural. Far more than the Children of Caine, it is the Children of Seth who truly rule New Orleans.

It is the foolish Kindred who underestimates them.

“We like to think that we Malveauxes rule Louisiana, but we’re only the most public face of things, a couple tiers removed from the man on the street. And these people are the sharks to our minnows.”
Caroline Malveaux-Devillers

“…Matthew and Orson have bodyguards. They have private armies. We play with millions of dollars. They play with hundreds of millions. We have ties to judges, police, and local lawmakers, but they give those people the 3 AM phone calls they jump out of bed to obey. I would not be surprised if one of them has ties to Dad, another to Matthew, and another to Orson.”
“Their connections go beyond the official. Gangs, MCs, organized crime. They’re the people pulling the strings.”
“The thing is, as far as I can tell, they don’t even really play at power on the level we do, because they’ve got it. Instead it’s about their Traditions, which govern their interactions with each other. And that’s where the game is. Showing each other up. Humiliating each other. Climbing their own power structure.”
—Caroline Malveaux-Devillers

New Orleans is a good city to be Kindred. The Masquerade is relatively easy to maintain. The French Quarter in particular, and many other neighborhoods as well, boast an astonishingly high crime rate. The constant influx of tourists, especially during Mardi Gras, represents nothing so much as a walking buffet for the Damned. Given the city’s occult reputation (as well as its association with vampires, thanks to a certain well-known novelist), it is very easy for witnesses to dismiss unusual phenomena as a hoax, a drunken hallucination or “some weird voodoo thing.”

All of these factors, as well as the presence of three separate Kindred factions all seeking support and alliances against the others, combine to create a city with a Kindred population in excess of 100—vastly larger than the worldwide average would suggest (at least for a city as small as New Orleans), and grossly overpopulated by the standards of other Camarilla cities. This strain has necessitated the formation of the Krewe of Janus, a full coterie of Kindred that exists solely to protect the Masquerade. Few doubt that Prince Vidal would prefer to rule over fewer subjects, but to date, all of his efforts to curb the Big Easy’s population have met with little success. Something about New Orleans simply seems to draw the undead.

“The rebels then built a new city.
Out of the fallen empire,
they collected the thirteen clans
that had been scattered by the great war,
and brought them all together.
The Book of Nod

“We always, always have something to do."
Anonymous

“But the problem is that the one thing we can always do is hunt. And the vampire who only hunts, who times their existence based upon how long it is until they can next feed, becomes a hollowed-out, snarling monster at a truly terrifying rate.”
“So we find purpose in each other. We cling together… first, yes, for simple survival, food and shelter, the pretense of love. But then for faith, for power, for liberation, for defiance, even for reform.”
“What did you do to make it through tonight? What will you do to make it through tomorrow night? And what covenant will you make with your Kindred to make it all worthwhile?”
—Anonymous

“I have kept the company of many Kindred in this domain. In younger nights, I whiled away the hours discussing transient philosophies with the Order of the Dragon and I sparred with the platonisms of the Invictus. My own faith rang hollowly in the ears of my Sanctified companions, while the Circle of the Crone matched wits but not theologies with me. Even those who swore by no covenant or creed called us allies.”
“Yet still, despite our differences, we kept each other’s confidences and counsel. We did this because, those differences aside, we were beholden to each other. We watched each other’s backs, because who else would?”
—Handsome Jack, Confessions to a Prince

“There are more things in heaven and earth, Horatio, than are dreamt of in your philosophy.”
William Shakespeare, Hamlet

Vampires aren’t the only supernatural creatures to stalk the shadows of the World of Darkness. The darkness belongs to many other mysterious and horrific entities, some of whom also prey on mortals, while others exist among them or even protect them… sometimes. If any generality can be made about these others, though, it’s that the Kindred don’t know much about them. The converse is equally true, and any interaction between the race of Caine and the other monsters who prowl the night is going to be tentative and suspicious, if not downright hostile and violent.