“Why in sweet Jesus’ green earth would you want to leave New Orleans? Have you seen what’s out there? I mean beyond white-washed suburbia, beyond the parish line. It’s thousands of square miles of sweltering, gator-infested bayous; malarial canals; treacherous sand-spits; willow-islands with Loup-Garoux; huge inland bays poisoned by oil-spills, and flooded woods where mosquito swarms hover around your head like a helmet and you slap your arms until they’re slick with a black-red paste. Travel an hour north, west, or south from the Quarter, and one wrong turn off the interstate, and it’s like you punched through a dimensional hole and dropped back down into the redneck, coon-ass, inbred peckerwood south that you thought had been eaten up by the developers of sunbelt suburbs and forever banished by the moral sanity of the modern century. It’s a shrinkin’ place, sure, but the locals cling to every inch with a spittin’ mad tenacity. Yep, the rural parishes of Louisiana are the place to go if you don’t fit anywhere else—provided you’re white, speak English with a Dixie dialect, and love guns, football, and the ignorant bigotry of the Lost Cause. Otherwise, you best stay in the City.”
—Buford T. Boggs, itinerant blues musician and former inhabitant of St. Tammany parish 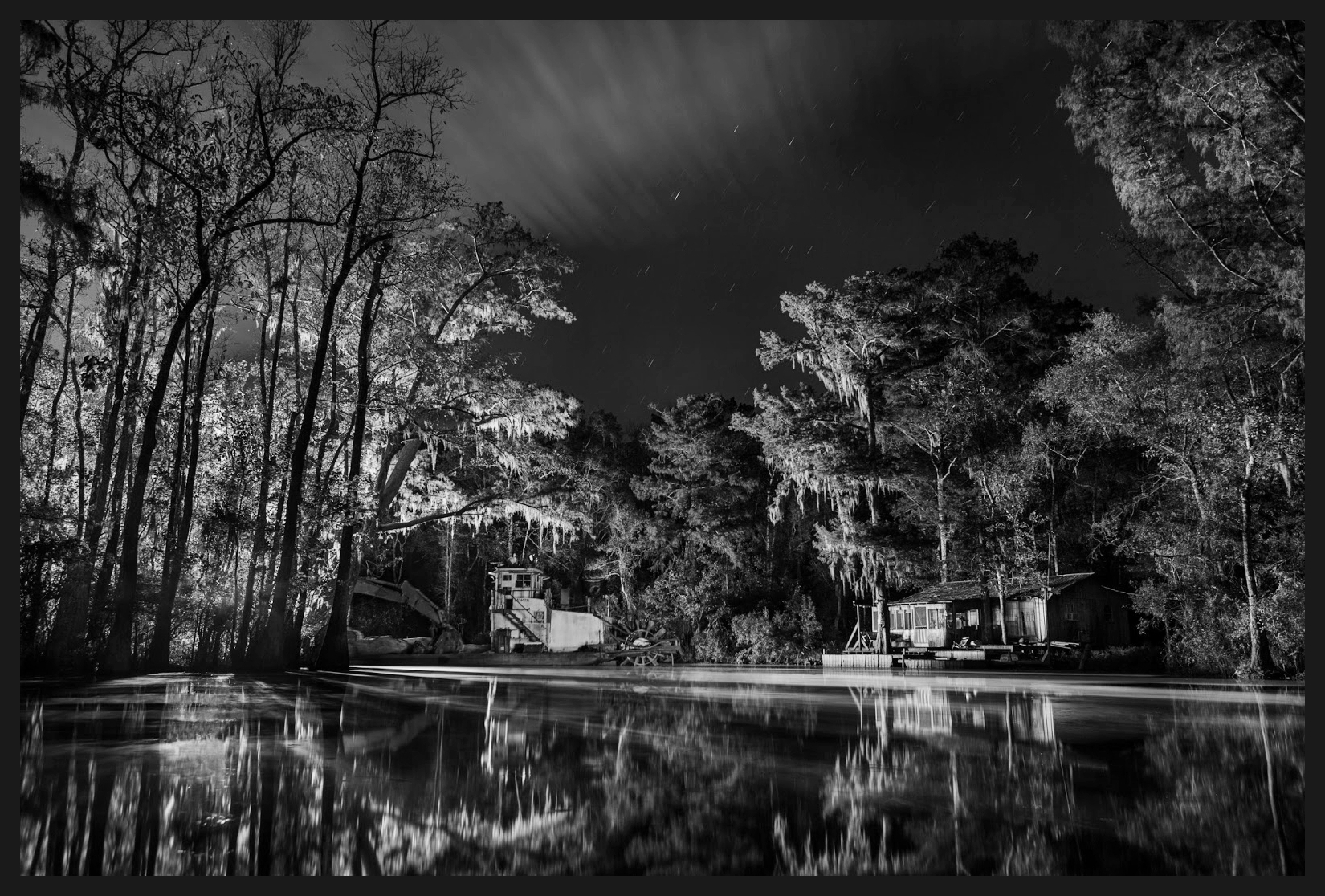 Although a larger domain puts a greater strain on the ability of any one Kindred to administrate efficiently, Augusto Vidal has never been one to shy away from a challenge, especially when the payoff is increased power and authority. The entirety of the Greater New Orleans area is nominally under his sway, and he aggressively pursues any substantive threats to his hegemony in the outlying areas. Given the area’s demographic and political concentration, such threats have been few and far between in the past, but whenever and wherever they’ve reared their ugly heads, he and his agents have handled the matter without delay or mercy.

As a rule, Prince Vidal’s domain is generally accepted to include all the territory east to Lake Borgne, north to Lake Pontchartrain, west to the suburb of Kenner (where the airport is), and south nearly as far as Lafitte. For all practical purposes, however, Vidal concentrates his efforts on New Orleans’ immediate surrounds, including the important suburbs of Algiers, Metairie, Gentilly, Westwego, Gretna, Harvey and Marrero. This is not to say that he doesn’t claim praxis over the rest, but merely that he can and does assign feeding and domain rights to the aforementioned territories on a fairly regular basis, and thus watches them closely. 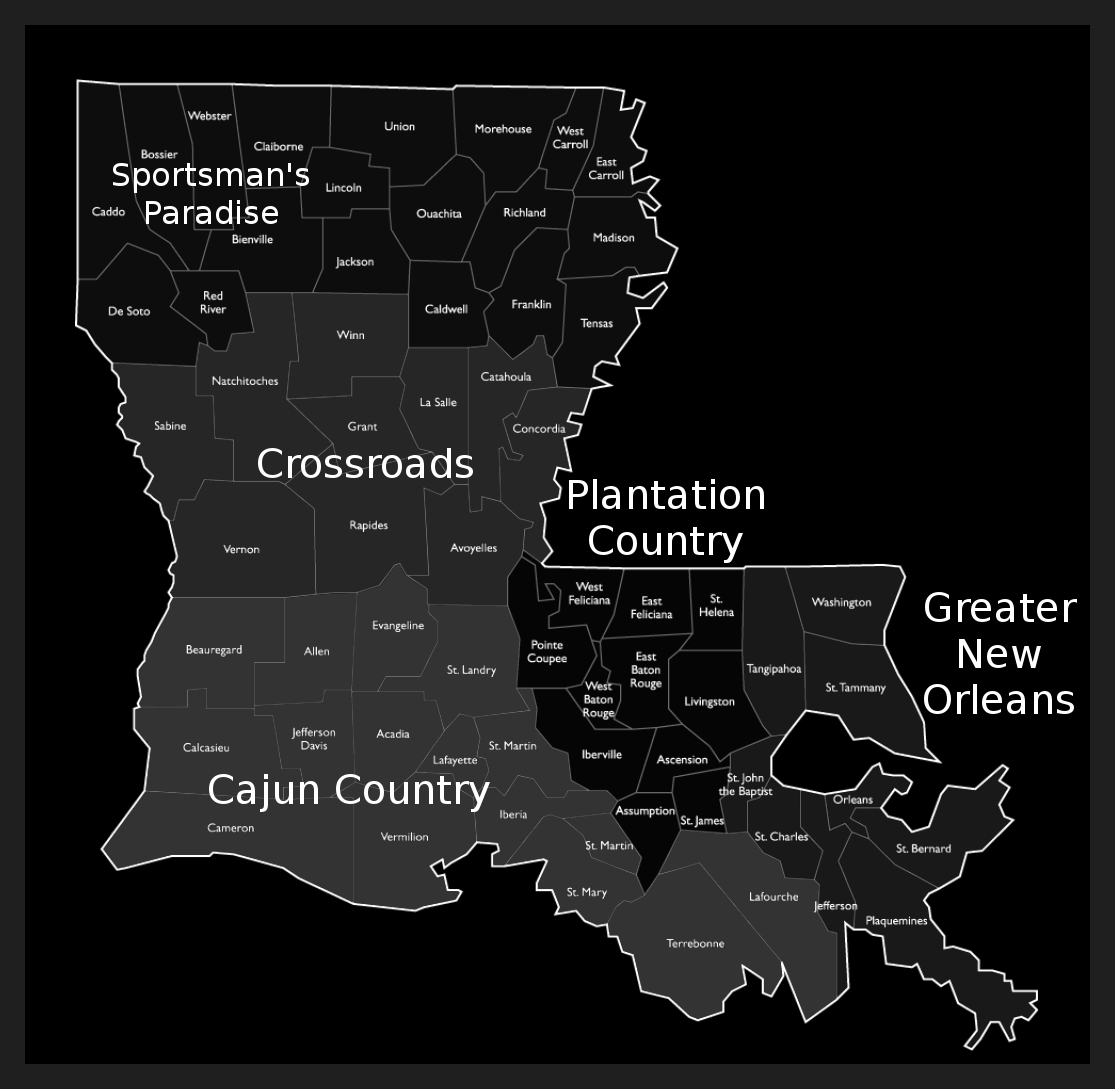 Much of this area falls within the Eastern New Orleans region.

• Lakefront Airport (8 miles NW from NOLA)
The former major commercial airport in New Orleans until 1946, when it was eclipsed by the newly-constructed Louis Armstrong Airport. It is now primarily used for chartered flights.

• Bayou Savage National Refuge (19 miles NE from NOLA)
23,000-acre region of fresh and brackish marshes located within the city limits of New Orleans. It is the largest urban wildlife refuge in the United States.

• Barataria Bay (39 miles S of NOLA, pop. 0) Barataria Bay was used in the early 19th century as the base of the pirates, privateers, and smugglers led by Jean Lafitte. They were referred to as the Baratarians. Hurricane Betsy and the 2010 Gulf Oil Spill have cleared the area of inhabitants, but local rumors continue to persist of buried treasure left by the legendary pirate.

• Saint Malo (29 miles E from NOLA, pop. 0) Saint Malo was the first Filipino settlement in the United States, founded in 1763 by deserters from Spanish ships during the Manila Galleon trade. It was destroyed by the New Orleans Hurricane of 1915.

In Plantation Country, where the Mississippi River winds its way to the Gulf and football enthusiasm registers on the Ritcher scale, visitors can travel back to the 19th century with a simple car drive. Along the locally famous River Road and in the Felicianas, antebellum mansions recall an age when wealthy planters ruled, and legions of slaves toiled along the river’s fertile grounds to deliver enormous wealth into their masters’ hands. Today many of the plantations, featuring Greek Revival, Italianate and Victorian homes, remain open to the public as museums. Beyond mint juleps and live oaks of River Road, Plantation Country also offers a view of modern Louisiana. Performing arts venues, golf courses and casinos, outdoor sports and shoppers’ getaways all cater to the same tourists who patronize the plantations.

• Whitney Plantation (35 miles W from NOLA)
Historic 1752 plantation acquired by the Whitney family in 1867. In the World of Darkness, the plantation was never opened to the public as slavery museum. It is still privately owned by the Whitneys and used by them as a vacation house. They have occasionally allowed it to be used as a film location.

• Evergreen Plantation (45 miles W from NOLA)
Historic 1790 plantation that actually continues to produce sugarcane today. The workers are now Hispanic rather than African-American, but little has otherwise changed. It is not the same Evergreen Planation that Antoine Savoy owns in the French Quarter.

• Lafayette (135 miles from NOLA, pop. 126,066, urban pop. 252,720, Kindred pop. 9) The fourth-largest city in Louisiana, Lafayette is the heartland of Cajun culture and home to a thriving arts scene. The city’s Invictus Prince, Avoyelles Desormeaux, is a grandchilde of Pearl Chastain and maintains cordial relations with her kin in the Big Easy. Lafayette is very much a “small town” for the Damned and thought to contain no more than a dozen Kindred, at least half of whom are childer and grandchilder of Prince Desormeaux. No Primogen holds court, for clans besides the Toreador are simply too few. Gangrel are the city’s next-most common Kindred, and the Giovannini are also thought to have an interest in muscling in on the local petroleum industry.

The Crossroads is where the cultures of north and south Louisiana collide. The result is a region known for pork-filled tamales, impressive Creole architecture and annual powwows. Musical icons and political heavyweights alike have called the Crossroads home. Civil War battles were fought in the region and, before that, Spanish traders travelled through on their route to Mexico along El Camino Real de los Tejas, noe park of a National Historic Trail.

It’s a 5-hour drive from Houston to New Orleans, but in terms of culture, it’s a million miles away. Once the invisible border between Louisiana and Texas is crossed, the accent isn’t the only thing that changes: gumbo becomes steak and zydeco becomes country music. While both cities may belong to the Camarilla, the local Kindred have traditionally had few dealings with one another. The physical distance, cultural differences, and perils of travel were too great. A notable exception to this rule came during Hurricane Katrina, when many of the Big Easy’s Kindred fled the city like drowning rats.

Beyond the United States