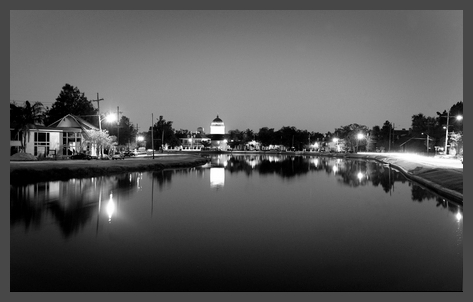 The very oldest part of the city of New Orleans is a tiny circle of blocks around the curve at the end of the bayou proper. French Canadian settlers lived here even before the city of New Orleans was founded, and well before that, Native Americans used the waterway to reach what is now known as Esplanade Ridge. Iberville and Bienville decided to settle here themselves after learning of the path, and Governor Carondelet would later build a canal that would extend the bayou to the edge of the French Quarter (nearly connecting the Mississippi River and Lake Ponchartrain in the process).

Autumn: “Shit. That’s Bayou Saint John.”
Caroline: “What about it?”
Autumn: “Anyone who goes in dies, by the prince’s law. No explanation. Just that if you go in, you die.”
Caroline: “That seems like a rather important piece of information to leave off the travel brochure.”
Autumn: “Yeah. There’s… I think a few Kindred who’ve gone in by accident.”
Caroline: “Only once.”
Autumn: “Yeah…”
Autumn Rabinowitz to Caroline Malveaux-Devillers

It is common knowledge among those who’ve been in town for any length of time that no vampire claims Bayou St. John as their tenurial domain. What isn’t as widely known is why Prince Vidal refuses to grant such rights to any vampire within his domain. The few who have specifically asked for the domain have been simply denied, with no explanation offered. Any Kindred caught feeding in Bayou St. John are either exiled from the city or simply put to death. Vidal’s not fooling around here.