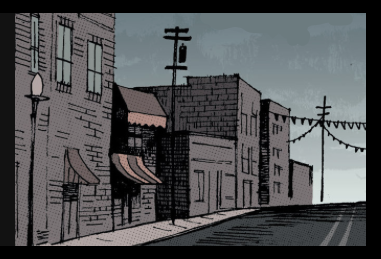 Inhabited by a succession of indigenous tribes for over two millennia, the region around Abita Springs became renowned for its medicinal springs as well as plentiful game and fish. In particular, the Choctaw built a settlement nearby the springs, which they believed had magical properties. They also used the area for sacred burials and executions–and continued to live, bury, and die in the location until the federal government forced most of their tribe to relocate to Oklahoma in the 1880s.

Sixty years prior, the first Louisiana settlers arrived in Abita Springs, notably Etienne Le Fleud, who built a home on Abita Creek across from the Choctaw village. Etienne’s son, Paul, later ran a small trading post for tribal women traveling from Pearl River to Mandeville to sell their hand-woven baskets and herbs in the French Quarter across Lake Pontchartrain. Following the mass relocation of the local Choctaw, a Covington physician conducted extensive experiments with the artesian waters of Abita Springs. In 1887, he publicized his results, which sensationally concluded that the springs had curative powers. Other physicians soon echoed his suggestion to build a resort town for boarders and invalids.

Due to such recommendations and the newly completed railroad that allowed rapid, reliable transportation to and from the area, Abita Springs soon became a prosperous resort town. New Orleanian families arrived in droves to escape the city’s heat and myriad diseases, especially the all-too lethal and all-too common Yellow Fever. To accommodate these pleasure and health seeking visitors, numerous hotels and boarding houses sprang up, including the first and still standing Long Branch Hotel. These buildings and businesses were in turn staffed by settlers of diverse backgrounds, including Germans, English, Scot-Irish, French, and African-Americans.

Yet, the turn of the century brought the advent of automobiles and revolutionary control of epidemic diseases. Consequently, Abita Springs lost much of its appeal as a resort. Many Victorian summer homes and breezy hotels stood empty–although some weekend guests decided to move permanently to the town and commute to New Orleans for work.

Since then, the town still appeals to those seeking escape from tumultuous city life. Its historic ambience, artesian wells, and Longleaf pines have convinced many painters, sculptors, jewelers, writers, and poets to settle in the town’s restored Victorian houses and antique apartments fashioned from renovated nineteenth century resort hotels. The small rural-suburbian community boasts “only one stoplight but many stops”, including:

• Abita Springs Park: Allowing ingress onto the park’s St. Augustine lawn is a centuries old pavilion. Originally designed for and featured in the 1884 World’s Fair in New Orleans, the two-storied octagonal pavilion was purchased, restored, and relocated to Abita Springs after the Cotton Centennial Exposition. Since then, it hosts numerous community activities, including the annual Abita Springs Water Festival.

• Abita Mystery House: More commonly known amongst the parish locales at the “Ya See ‘Em Museum”, this attraction is like the redneck bastard child of an orgy between a curio shop, auto salvage, horror show, outdated electronics store, and case study on hoarding. The mostly for sale exhibits include old arcade games, macabre peckerwood folk-art, reed organs, antique aistreams, trophy fish, comb collections, marble machines, and bizarre cross-species taxidermy such as the bassigator and dogigator. Most of the collections come from the bizarre mind of the museum’s proprietor, Jeb Pringles Pearle, a former White Reich patch wearer, felon who went out on max time from the Rayburn Correctional Center, and erstwhile patient committed to Mandeville’s psychiatric hospital who was released (some say escaped) when the institution shut down a few years ago. Despite or perhaps because of that checkered history, the museum and its owner have secured an awkward charm among both the town’s artists and tourists.

• Abita Springs Town Hall & Opry: When not occupied by meetings among the town’s mayor, aldermen, business leaders, and vocal residents, the hall’s century-old, cypress-fashioned auditorium hosts the Abita Springs Opry, an organization dedicated to the presentation and preservation of Louisiana roots music. Beyond the four hundred strong audience that can fit and dance within the town hall, the Opry’s concerts are broadcast on bot local and national radio and TV stations.

Less publicized and publicly known are Abita Springs’ alleged ghosts. Particularly given its small size, the town is rumored to be atypically full of them. Some whisper that this phenomenon is due to the desecrated Choctaw graveyard, or because of the “heathen” rituals performed on its millennia-old execution grounds. Some suggest that a slighted pagan spirit or demon has cursed the town’s eponymous springs. Other hauntings are attributed to sick invalids who sought healing in the once-booming resort town and only found charlatans, cruel abuse, and consumptive sickness. Other tales in turn claim that some of the houses themselves are possessed, as if various Victorian homes and resort hotels had spirits of their own, ones that grew malcontent and restless when they were abandoned in the twentieth century and ignobly left to rot with disuse. Some Post Office gossipers even suggest that the ghosts are at war with one another, dead natives and settlers still battling over the legendary springs.