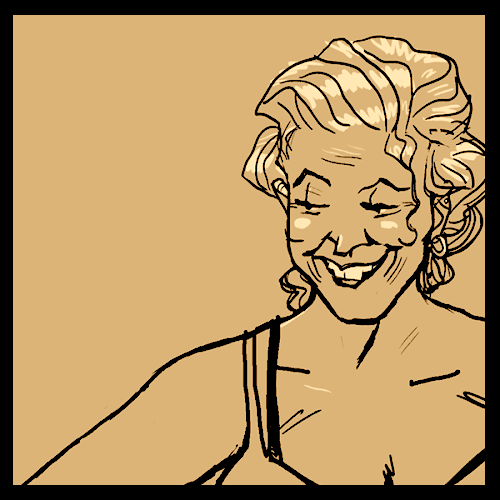 A several-time winner of Slidell’s beauty-pageant, Wynona-Lynn looks far younger than her forty-plus years of age. The tanned, buxom woman has all the physical qualities that that make the Boggs poster-children for the Aryran race: bright blue eyes, summer-blond hair, and unmistakably Caucasian features. At the same time, her crooked teeth and slightly asymmetrical face hint at the incestuous, backwoods nature of her ancestry. Most people, particularly males, overlook these less-than becoming traits, as they are overcome by the raw, unbridled sexuality that seems to flow from the Cajun femme fatale. In short, Wynona-Lynn is like a venus fly trap: she has just enough succulent features that her victims only see her predatory nature until far too late.

Wynona-Lynn is the child and current wife of Calhoun Boggs. Her mother, Shirlene-Sue, was murdered by Cletus, drained dry and half-eaten in front of the then nine-year-old Wynona-Lynn and her older brother Elrod (who was too busy watching TV to notice). Whether Cletus killed the woman in the throes of frenzy or just for sociopathic shits and giggles is anyone’s guess. Despite such uncertainty, Shirlene’s murder imparted a lesson to Wynona that she has never forgotten: make sure Paw Boggs is never, ever thirsty.

To this end, Wynona-Lynn has been trying over the past two decades to perfect a blood beer to Cletus’ liking. More specifically, she operates a rather crude moonshine distillery, experimenting with various cocktails of different blood sources. These sources include animals; such as pigs, chickens, dogs, and gators; as well as humans of all ages, races, genders, and backgrounds. More recently, Wynona-Lynn has begun drugging both her animal and human ‘donors’ to see whether certain physiological or psychological states better please Cletus’ palate.

When not busy creating new brews or procuring new donors, not all of which are willing, Wynona-Lynn waits tables at sundry diners, restaurants, and BBQ joints owned and operated by her kin. Though more than supported by her husband’s income, the extroverted woman loves the churning, ever-changing press of customers—even apart from the ‘tips’ they provide, be they hematological or sexual. 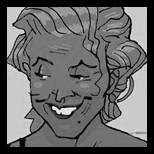