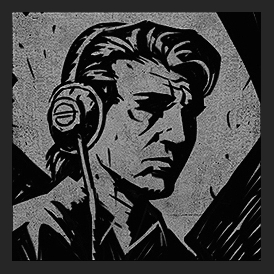 Middle-aged Cajun with eyes like sun-ripened sugarcane. His bayou-black hair flows into a shoulder-length mullet. Lines mar his otherwise handsome face: emblems of stress and sleeplessness. His accent is thick, but articulate; his voice a bullfrog bass that seems incongruous with his slim, short stature. His limbs never seem to rest or relax, his fingers and feet constantly tap and twitch with a frenetic tension that can only be sated with a full set of drums. When unable to get his drumstick-fix, he sips coffee like a cathedral-trapped fiend and chews pens as a subconscious pastime. Between lounging in his craw-daddy drawers and donning his dark-blue uniform, he wears a collection of vintage guayabera, ankle-length slacks, and low-top Chucks.

William, or Lil’ Guillaume as his maternal grandmother called him, was born in the swamplands of St. Tammany Parish. There, less than an hour north from New Orleans, he was raised among his kin’s ancestral byways and backwater homes. His parents, Jessy and Ameline Boulanjè, worked as seasonal tour guides, driving NOLA visitors and city slickers to the Honey Island Swamp to showcase its exotic fauna and search for its fabled monster, the Letiche or Tainted Keitre. This latter activity earned his parents the ire of their extended kin, but the pay was good, so the Boulanjè’s continued their tours. William first accompanied them, then began to help as he grew older.

One night, after dropping off the last of their tourists, his parents’ bus crashed. Ameline died instantly, and Jessy passed painfully a few weeks later. Billy survived relatively unharmed, but the event made him an orphan–and when his extended family refused to take him in, lest they “bring the Taint upon them as well,” he became a ward of the state.

Over the next decade, Billy was shuffled among a dozen or so foster homes. His accent and small size made him a perennial favorite of bullies, and his restless temperament didn’t help him settle down. Sometimes, he was kicked out, sometimes he just ran away. Eventually, as a homeless teen, he found respite at a group home called Covenant House. There, one of the workers introduced him to drumming. Billy poured all his adolescent rage and frenetic energy into learning to play, and his proclivity was both noted and encouraged by the staff. His time at Covenant House was far from placid, but it ended well. He got his GED, kept down a dishwashing job long enough to buy his own set, and moved into an apartment with his girlfriend.

In time, his talents grew, and he joined a number of bands, playing in local bars and nightclubs. But the gigs were sporadic, as was their pay, so Billy sought a more reliable source of income that still allowed him to play his weeknight shows. An old friend from his Covenant House days landed him a job as a police dispatcher. His energy, timing, and nocturnal affinity (something he’d inherited as a teen) helped him keep the job. Two and a half decades later, Billy is one of the Orleans Parish’s most senior dispatchers. He’s taken all manner of calls, from the innocuous but irritating “Send the cops, there’s a spider in my shower!” to the utterly urgent and haunting, “Daddy hit Mama with the axe, and now he’s coming to get m-”. He knows almost all of the NOPD by name and voice–even if he couldn’t pick out more than a handful by face. Like most dispatchers, he serves a vital, but thankless and oft-overlooked, role.

Musically, Billy continues to play, and has become an esteemed member, if not minor celebrity, of NOLA’s jazz scene. For the past decade, he has served as the front man for a jazz band, Billy Baker and the Pulse. They primarily play covers, but occasionally sneak in some original jams–most of which are written by Billy. The other members tend to come and go, though some hang around or return as notable exceptions. More recently, the band has experimented with zydeco, adding an accordion and washboard to their mix. Some of the guys dream of making it big, of signing a record and becoming rich, but Billy just plays for the music. To him, the audience is incidental.

Socially, Billy has many acquaintances, but few friends. Unsurprisingly, most of both categories are jazz musicians, or at least jazz enthusiasts. He’s been married twice. First, to a just-emancipated foster youth equally fresh from Covenant House, and second, to a jazz banjoist during Billy’s thirties. The first became a crack addict after a few months of living together, robbed him blind, and disappeared. The second stayed around for a few years before running off with his band’s then-trombone player. Sometimes, he thinks that “third time’s the charm,” but mostly he’s content with the bachelor life. He works his shift, jams at home, plays his gigs. Sometimes, he hooks up with a woman for a while, or cycles through a couple of call girls. But mostly, he remains married to his music. 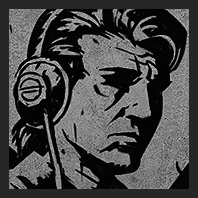