“If you’re going to kick authority in the teeth, you might as well use two feet.”
—Keith Richards

“I assumed that everything must yield to me, that the entire universe had to flatter my whims, and that I had the right to satisfy them at will.”
—Marquis de Sade 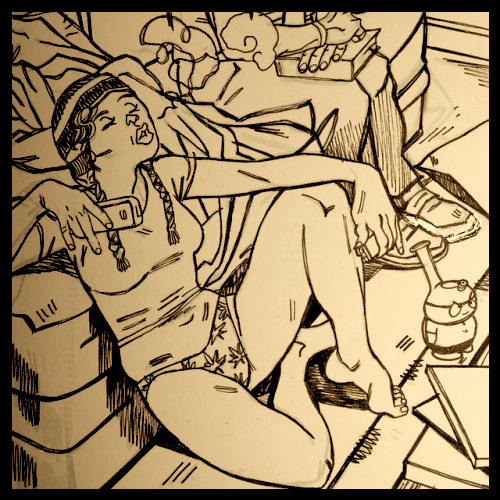 When the towers came crashing down on 9/11, Floyd Mason Boggs rushed to the nearest Army recruiter and enlisted without ever asking his spouse. A few months later, he was first shipped off to Afghanistan and then sent to Iraq. While Floyd enjoyed his four-year vacation blowing up “dem ragheads and der stuff,” his rather miffed sister-wife, Audrey-Mae, was left alone to care for their growing brood. As the toil of soiled laundry, dishes, and crying children grew too much for the short-tempered mother, Audrey-Mae went on a four-day bender. By the time she sobered up enough to know where she was, Child Protective Services had intervened. Although her eldest children had simply fled into the bayou and lived off frogs, wild pecan trees, and their neighbors’ cats, three-year-old Waynelle and six-weeks-old Abner were taken and put into protective custody in a parish crisis bed. After the White Reich’s threatened to burn down the social workers’ homes for “meddlin’ in Boggs business,” the unweaned Abner was frantically returned to Audrey-Mae’s ‘care’, and Waynelle would have been returned as well if her mother had remembered that she was missing.

Instead, Waynelle was adopted by her ‘cousin’, Wayne-Dwayne Duvall. Being named ‘in his honor’ (or so he presumed), the mayor quickly came to regard the girl as one of his favorite wards. That favoritism, however, was far from reciprocated. Whenever she could, she tried to run away—and over time, her escape acts became more successful if not more sophisticated. After being chased down several times by the mayor’s hounds, Waynelle fed the dogs hamburgers laced with rat poison. She waited only long enough to watch the hounds froth, retch, and writhe with the first death spasms before stealing one of the mayor’s horses and riding it into town. There, she ditched the horse and hopped into a Yee-Haul trailer filled with manure for Wilbur-Lyle’s marijuana farm.

Upon reaching that farm, the pothead biker discovered the stowaway and lazily chased her off. But Waynelle returned, drawn to the homesick smell of bongs and booze. Also, her belly by this time was quite hollow with hunger, so she waited till the big man passed out, then snuck into his house. Inside, she raided his fridge and some of his reefer, then dashed back outside where she smoked a pilfered blunt and binged on pork rinds, black cherry ice cream, and gator jerky. Stoned and satiated, she slept under the stars in a fresh-woven blanket of hemp. These raids and crude cannabis campsites continued for several nights. Wilbur set tracks to catch, poison, or kill the sneak-thief, but Waynelle proved too nimble, crafty, or just plain lucky.

Then, one night after disarming a particularly nasty claymore booby trap, Waynelle decided to take pity on the man (or perhaps mock him) by rolling him a joint. Over the following night, she left him a blunt as another part-constellation prize, part-calling card. Rather than being irate, Wilbur was delighted. Unlike the gorilla-fingered biker, the lithe preteen rolled weed like a magician.

The traps immediately stopped, and slowly, Wilbur tried to coax the girl to come inside and chat. Yet, Waynelle was cautious, and likely would have continued camping had that winter not be particularly cold. Seduced by the promise of being warm, Waynelle accepted the biker’s offer: room and board (and all the reefer she could smoke) in return for her help preparing his harvested product.

Together, the biker and runaway became an odd, but effective pair. Her initial contributions were simply bagging and rolling Wilbur’s product, but Waynelle soon branched out by slinging weed at the local middle and high schools. A year later, Waynelle started recruiting and training other kids to prep and sell Wilbur’s sweet leaf, taking a hefty cut of their profits. During the development of this Pot-Ponzi, she began turning tricks at Wilbur’s place for extra cash and cheap thrills, making the biker’s farmhouse a one-stop shop for good times. Such ‘initiative’ and skills have made Waynelle an indispensable part of Wilbur’s operation.

When not managing her pyramid of prepubescent farmhands and pot-pushers, Mary-Jane lounges at Wilbur’s house, “testing the product” and watching cartoons. Recently, Mary-Jane has started inviting evangelical missionaries to regularly visit her and teach her the “Good Word.” In truth, the impish teen has no interest in spirituality; she just enjoys watching the preachers squirm and stumble with their words and gazes when she lets them in, half-clad, hitting a bong, or finishing off a john with a spit shine.

Needless to say, her parents are very proud. 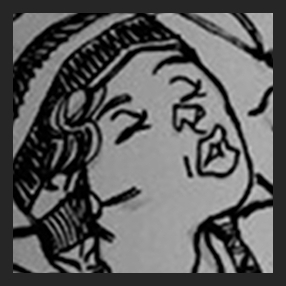