“The ballot is stronger than the bullet.”
Abraham Lincoln
“Power does not corrupt. Fear corrupts… perhaps the fear of a loss of power.”
John Steinbeck
“It has been said that politics is the second oldest profession. I have learned that it bears a striking resemblance to the first.”
Ronald Reagan 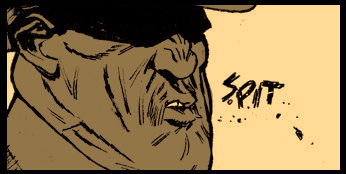 Corpulent, sun-burnt flesh shoved into a too-small, stain-speckled seersucker suit, capped with silver-edged cowboy boots and a white Stetson too narrow for his fire-hydrant shaped face. His once blond mustache has gone Klan-white (when not flecked with BBQ sauce, chewing tobacco, or other best-unnamed things), while his liver-spotted scalp is as smooth as his politics are crooked. On days when his manservant can manage to button his collar, Slidell’s mayor favors shoestring neckties bound with Confederate memorabilia or the taxidermied head of a gaping cottonmouth.

As Slidell’s five-term mayor, Wayne-Dwayne Duvall Boggs is the undisputed ballot-boss of a political machine with a chokehold on St. Tammany parish. Despite his self-aggrandized acumen and not-insignificant municipal achievements, most of the Boggs clan believes that Wayne-Dwayne Duvall is mayor simply because he has the ‘most names’. Despite this carte blanche support, most of the mayor’s kin give little heed to municipal authority, even if it is wielded by one of their own. Recognizing a battle he cannot win, and therefore should not bother to fight, Mayor Wayne-Dwayne Duvall largely leaves his family to their own devices, and instead concentrates his Machiavellian energies upon his non-kin ‘subjects’, ruling Slidell and its outer environs as his own personal fiefdom (unless Paw says otherwise). Politically, the mayor frequently claims that he bleeds Republican and sweats conservatism, but in truth, the only party he works for is the one after his next campaign victory.

Although Boggs’ genealogy is generally maddening to say the least, the mayor’s is especially byzantine. This is partly due to his habit of personally adopting every foster child in Slidell (and sometimes beyond), and by his penchant for describing himself as a cousin to every Boggs inside his jurisdiction. Among private or familial circles, ‘Cousin Mayor’ will often elaborate, but by no means clarify, relations by saying he is “a second cousin’s step from yer Maw-Maw’s muff, and only one step removed from yer wee-one’s joystick.”

Beyond such gentile manners, Cousin Mayor is known for loving people. Particularly when they’ve been slow-cooked and lathered in the clan’s special BBQ sauce. A cannibal gourmand, the easiest way to know the mayor’s itinerary is to know who’s throwing a family cookout at what time. Although long pig remains his unrivaled favorite, the political boss is a generous man who shares his stomach with other locale fare, including gator steaks, cottonmouth po’boys, and bullfrog boudin.

When not stuffing his mouth on another’s tab, attending self-congratulatory civic clubs, or participating in charity drives of no consequence (or combining all three activities), the mayor can be found at his ten-acre horse farm located ironically located just north of Slidell’s city limits. There, devoid of trees or shade, the Dixie sun hammers the tin roofs of his outbuildings that serve as ‘thinking boxes’ for those prepubescent wards that displease him, while grit and desiccated manure blow out from his horse-lots and unsheltered chain-linked dog pens. At the farm’s epicenter, the mayor’s squat residence stands, its red brick walls fashioned from the vindictively disassembled exterior of his last rival’s seventeenth-century plantation. Day and night, air conditioning units roar from every window at full blast, while Walmart playground equipment and dollar-store toys litter his scorched lawn of St. Augustine grass.

Inside that monument of abused power, the mayor sleeps with his myriad adopted wards, attended by ‘Uncle Tom’: a deaf-mute black manservant seemingly plucked from the antebellum era. There are many rumors about what goes on inside the mayor’s house. Bad rumors. But ‘accidents’ tend to happen to those who voice those rumors in the wrong places.

In summary, Mayor Wayne-Dwayne Duvall is a man of the people. His people. 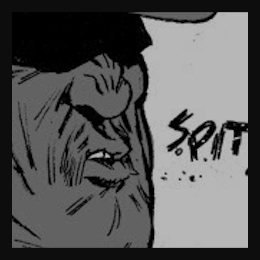