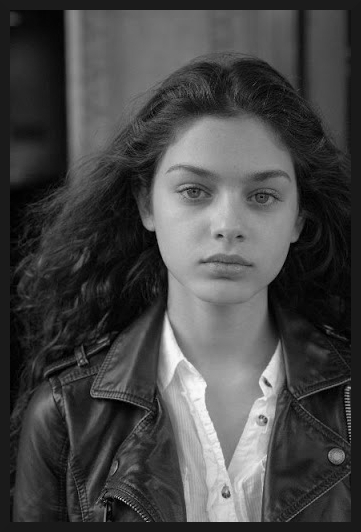 Virgina is a pale-skinned girl in her late teens with brown eyes and long brown hair. She’s of slightly below average height. She doesn’t like skirts or dresses and only wears them when her mother makes her. She says she isn’t a tomboy: she just doesn’t like how “exposed” they make her feel next to pants. She rarely smiles or wears makeup and has a penchant for leather jackets. She prefers comfortable flat shoes.

As the youngest of Matthew and Vera Malveaux’s children, Virginia was spoiled by her father as the baby of the family. She never had much taste for it, though, and preferred to live practically: she all but begged him out of a sports car for her 18th birthday. Virginia is exceptionally shy and reserved for a Malveaux and found her family’s social expectations to be a source of endless struggle and frustration. She was never interested in publicity and preferred reading books in her room to attending social functions. She clashed frequently with her mother Vera, who had to drag her (figuratively) kicking and screaming to public events. The fact she often suffered from migraines didn’t help.

Where Virginia shone was with a head for numbers and an ear for music. Her teachers at school all considered her a math prodigy: the only reason they didn’t recommend she skip a grade (or several) is because they were concerned the already socially withdrawn girl might be bullied by older peers. Virginia has also played the violin beautifully since a young age and likes to say it “speaks to her.” She dislikes performing before audiences, though, and prefers to use music as a meditative/concentrative aid when alone. There’s widespread talk among the family about an autism diagnosis: it would explain her fixative interests, social shyness, and the fact she’s never gone on a date. Matthew and Vera haven’t said anything one way or another.

Last year, Virginia was accepted into MIT on a full academic scholarship. Her family was very proud: female STEM majors are all the rage, after all. Virginia was only too grateful for the chance to get away from her immediate family in New Orleans, as her relationship with her mother failed to grow any less strained during her teenage years. Vera never seemed to understand her, and Virginia blamed the older woman’s needful personality for her migraines getting worse. She has expressed desire to become a theoretical physicist and might be happy just to stay at MIT forever as a research scientist. It remains to be seen whether her parents have other plans.

Virginia’s closest family contact is her cousin Gabriel Malveaux, with whom she shares a comparatively gentle nature. They’re both the youngest children in their respective families. Her father still tries to pamper his “little princess,” though he’s relented somewhat as she’s grown older: privately, the other Malveauxes think he isn’t completely sure what to make of how she’s turned out. With four other children (five if one still counts Susan), though, it’s not as if he “needs” her. Virginia gets along relatively well with her brother Adam and her sister Savannah, though the latter thinks she needs to come out of her shell more. She finds little in common with Charlotte and even less with Elaine. Her relationship with her mother remains poor.

Virginia is a scion of one of the Malveaux family’s “three kings” with all the privileges that entails, even if she’s more adverse to making use of them. (Malveaux Family Status ••)

Virginia had yet to leave for MIT when her cousin Caroline Malveaux-Devillers spent the night at Matt’s and Vera’s house following the Eighth District police station shooting. Virginia spent all of her time in her room with the door shut out of apparent desire to avoid her mother.

Virginia flew back to New Orleans for Westley Malveaux’s funeral and delivered an eulogy stating that she didn’t feel like anyone really knew or understood her cousin. She got along well with Thomas Malveaux, who was pleased by her suggestion of committing the family history and genealogy to digital record.

When Caroline was disowned by her family after coming out as gay, Virginia sent her a simple text message saying sorry. 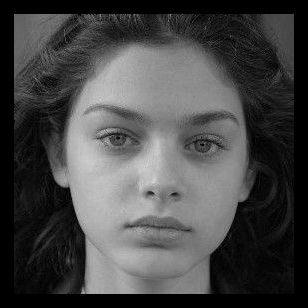