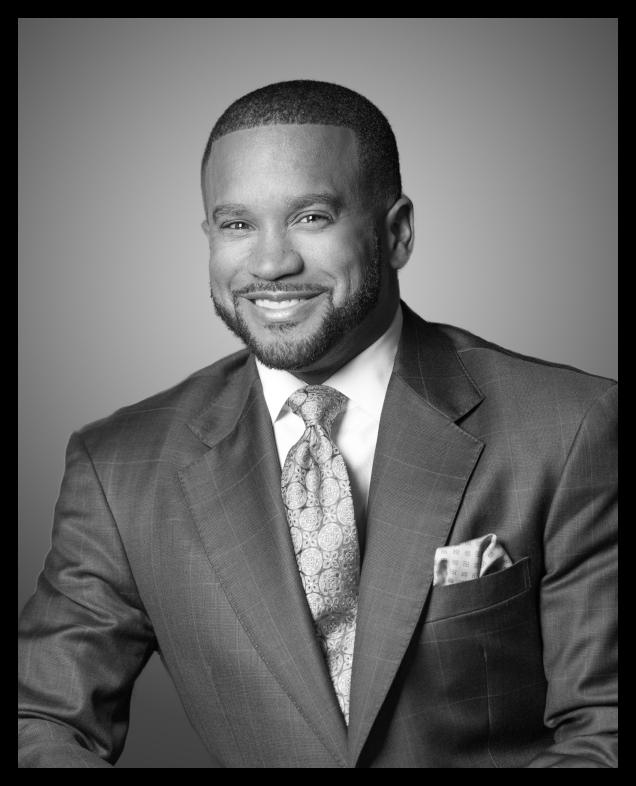 Vincent is a tall and broad-shouldered man with a frame well-suited to the college basketball he once played. He has a strong face, keeps his hair meticulously cropped, and has an easy smile that reaches all the way up to his eyes. He has a hearty handshake and can speak with a lazy N’awlins drawl or unaccented English—whatever would land better with his audience.

New Orleans’ congressional representative is one of very few male politicians to sport a beard. He had one before he ran for federal office, shaved it off, and then waited several election cycles before growing it back. Now that he has a lock on his seat, he doesn’t feel it hurts his re-election prospects.

For public appearances, Vincent favors silk suits in grays and blues tailored to emphasize his athletic frame. He likes faint stripes and patterns that “liven them up,” along with colorful and elaborately patterned neckties. He also enjoys wearing accessories—handkerchiefs, flowers, pins and ribbons for the latest cause of the day, and the like.

To his delight, he’s never had to do much of it. He was born and raised to enter politics, and his father already did much of the work required to establish his name. Clarence Lancaster was the second black mayor of New Orleans and had substantial voter recognition. His uncle Richard Borges, the father of Martin Borges, also served as mayor. Vincent happily followed in his relatives’ footsteps, going through the required checklist of items to become mayor himself someday. Political science major. Law school. A few years as an attorney at a firm whose partners were friends with his old man, and who never expected him to do much work. Running for the state house at a young but not eyebrow-raisingly young age. Two terms in the state house (because who seriously wanted to stay there?) followed by a term in the state senate. He won all of his victories in bluer than blue local districts where everyone knew his old man, and where he never had to seriously work for his seat. Life was good. Life was easy.

The plan after the state senate had been a term or two on city council before running for mayor. Everything else was a stepping stone to that goal. Vincent had figured the 2006 council election would be a piece of cake, too—Hurricane Katrina made it easy to run on a platform of “change” with a public that was furious at their current elected leaders’ response to the disaster.

To Vincent’s chagrin, Hurricane Katrina also made it easy for outsider candidates to enter the fray. Thalia Ocampo was a former RED Network news anchor who ran a brutal, no-holds-barred campaign smearing Vincent as a lazy, corrupt, ineffectual son of privilege who’d only deliver more of the same old, same old. Vincent seemed genuinely shocked when Ocampo dragged up some past personal scandals, like the fact that he’d cheated on his college basketball team or nearly faced a DUI charge that his father’s influence made go away. His response to the allegations, and Ocampo’s campaign writ large, was seen as weak and ineffectual, and plain caught off guard. Jackson Kibbe and other news personalities made fun of Vincent for seeming like a “deer caught in headlights.” It cost him the election. He grumbled and retreated back to his senate seat to lick his wounds. This was not the sort of work he’d signed up for.

Vincent thought about running for one of city council’s at-large seats in a future election, but it seemed like an admission he couldn’t beat Ocampo, and he disliked the thought of serving on city council with her anyway—he wasn’t supposed to have political enemies. At the same time, his path to the mayor’s office seemed blocked. Frustrated, Vincent might have retired then and there from politics, or languished in the state senate forever, but Noelle Cherry and other Democratic party insiders approached him within a few years about running in the 2010 U.S. congressional election for Louisiana’s second congressional district.

He didn’t need them to tell him it would be easy. The bluer than blue D+28 district that included New Orleans was currently held by a Republican—a once-in-two-centuries anomaly (the GOP last won the district in 1890) which owed itself to the fact that the previous Democratic incumbent had been discovered with stacks of bribe money hidden in boxes of freezer pastries. Literally all the Democrats had to do was field a candidate who wasn’t the subject of an active FBI investigation. Vincent smiled and thought this was just his kind of election.

To his chagrin, Thalia Ocampo also decided to challenge him for “his” seat in the primary. The Democratic councilwoman smelled blood and knew that she’d able to beat the Republican incumbent just as easily. However, the Democratic Party favored Vincent, as they figured a black candidate would do best in the overwhelmingly black district. Ocampo might have been Hispanic and even born in Mexico, but she looked white, all the way down to her blonde hair. She wasn’t marketable as a minority. Party insiders wanted as safe a lock as possible on the seat (the 2010 election looked like it would be brutal for the national party) and Vincent was their man.

Ocampo didn’t go down without a fight. The former RED Network anchor once again waged a scorched earth campaign and was rumored to even receive help from the Malveauxes and their Republican allies, who wanted to tie up Democratic resources fighting a bitter and divisive primary. Whether that was true or not, Nathaniel Malveaux took relish in pointing out the fact that Vincent had no less than three relatives (Martin Borges, Bernard Drouillard, and his father) in prominent public offices, and denounced Vincent for “giving our state a reputation as a banana republic dominated by dynastic politics.”

Ocampo further accused Vincent of only having one child with his wife Lori because theirs was a loveless shotgun marriage. Supposedly, the couple were forced into it by their families to cover up scandal after an inebriated Vincent forced himself on Lori and got her pregnant. The would-be congressional representative refused to “even dignify” those allegations with a response. He did hit back and accuse Ocampo of ties to Mexican drug cartels and personal illegal drug use, as she was distantly related to the Suarezs, known affiliates of the Gulf Cartel. Ocampo fired back by dragging up evidence that Vincent had not been a resident of New Orleans for two consecutive years prior to his failed 2006 city council bid. Vincent was found to have falsified a sworn statement to that effect, resulting in the temporary suspension of his law license. He’s still annoyed at the lawyers on the panel for doing that.

On his own, it’s doubtful that Vincent would have won the 2010 nomination. However, identity politics and the national party’s backing ultimately saw him through a rough primary. The general election, to nobody’s surprise, was a landslide victory. Congress and D.C. has turned out to be much more to his liking than holding executive office in New Orleans probably would have been. He needs to make fewer decisions and there’s less responsibility. He just needs to cast votes and hobnob at fundraisers—and can skip the former if he really feels like it. After all, Vincent has a safe lock on his seat. Louisiana’s heavily gerrymandered second district includes New Orleans and Baton Rouge, and though the exact margin of Democratic dominance has fluctuated over the years, a D+25 district is just as easy to cruise to re-election in as a D+28 one.

Until Bill Jay Roberts’ election as governor, Vincent was also Louisiana’s highest-placed Democratic politician. The number of Democratic congresspeople from the Pelican State has steadily dwindled since the ‘90s and Vincent is now the sole remaining one. He makes much of the fact that he is also the only nonwhite man in his speeches. While the state (and national) Democratic party has lamented this decline in their electoral fortunes, Vincent is unconcerned. Although he’d never say so publicly, he doesn’t particularly care if his party retakes the now-Republican-dominated state government or not. He’s just happy for his seat to be safe.

In the years since his election to Congress, Vincent has publicly considered a run for governor or senator enough times that the media pokes fun at him for his “will he or won’t he” attitude. In truth, it’s probably just hot air to get people talking about him. Vincent is more than content to cruise to an easy re-election every two years rather than committing to the drawn-out political battle that winning either of those higher offices would entail. He got his taste of that against Ocampo and has no interest in repeating the experience. It’s also a simple reality that a black candidate would have a much harder time winning a statewide election in which all of Louisiana gets to vote.

Given the safety of his congressional seat, Vincent doesn’t have to spend as much of his time working to get re-elected, which he likes to say lets him “stop and smell the roses” in his job. In D.C., he’s been active on the Congressional Black Caucus and the campaigns for several presidential candidates. In New Orleans, he has one daughter, Margaret, who attends the McGehee School for Girls, and a chummy relationship with police superintendent Bernard Drouillard, who is his brother-in-law through his wife Lori. His cousin Martin got elected as mayor in 2014, which Vincent is pleased by—he’s happy to see someone related to his father obtain the office he’s now quite confident he doesn’t want.

Among his personal hobbies, Vincent is an enthusiastic basketball player (he attended college on an athletics scholarship), and his PR staff like to release semi-periodic media of him shooting hoops with constituents during his visits back to New Orleans. His enthusiasm for the hobby, and for the PR exercise, is entirely genuine. Vincent is exactly where he wants to be in life, with the pleasures coming slow and steady as molasses, and his troubles and concerns a thing of the past. 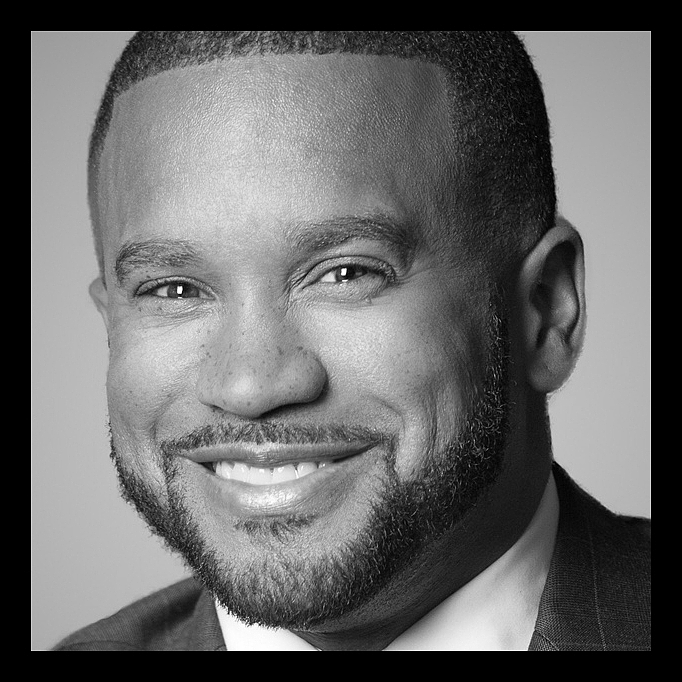