“Responsibility without power, the fate of the secretary for ages.”
—Ariel Dorfman

“A secret is a kind of promise…. It can also be a prison.”
—Jennifer Lee Carrell 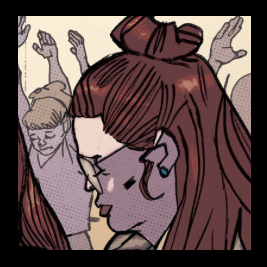 Vernadette Rowe rarely looks up these days to reveal her powder-blue eyes. Nonetheless, her tangled Cajun ancestry is evident in her minuscule nose, wide forehead, and jutting underbite. Her bony features are otherwise softened by her flowing auburn red hair and plump figure born of stress-relieving moonpies, sweetened iced tea, and apple fritters. Besides her thick glasses, her face is lightly gussied up with simple makeup, lipstick, and tasteful earrings that often match her Aryan irises.

True to her occupation, Vernadette dresses professionally: white blouse, conservative pantsuits, and sensible flats. Equally at home with a steno pad as a tablet, Mandeville’s mayoral assistant typically carries her occupational affects–which include pepper spray, a bible, and a taser–in a longhorn leather satchel-purse.

In 2014, Vernadette Rowe was hired to serve as the executive assistant for Mandeville’s mayor: Ellis Darbonne. As Mayor Darbonne’s assistant, Vernadette provides administrative support to Mandeville’s mayor and his office–in other words, she’s a pencil, pen, PC, and people pusher. More specifically, she maintains the mayor’s schedule and sets appointments with citizens, residents and visitors; directs incoming calls to appropriate departments whenever a problem occurs; and prepares reports, presentations, media releases, and news articles about programs and services (with none of the credit). She also attends meetings of various boards and commissions on the mayor’s behalf (i.e., whenever he doesn’t feel like sitting through another yarn-breeding meeting).

A graduate of Loyola University who majored in Administrative Practices in Business Administration, Vernadette Rowe was born the daughter of Bill and Fannie-Belle Rowe. While the former sold aluminum siding before coronary heart disease killed him at the premature age of 51, the latter notably served as a past mayoral assistant, president of the Louisiana Association of Municipal Secretaries and Assistants, board member of the Louisiana Municipal Association, secretary to the Board of Commissioners for Mandeville’s Fourth Fire District, and chairman of the Southern Christian Writers Guild.

Fannie-Belle’s decorated civic career, however, ended abruptly in 2008. Publically, Vernadette’s mother retired after a debilitating stroke, but in truth, the cerebrovascular accident was minor–it was her post-stroke depression and related suicide attempt by overdosing on prescribed medications which physically and psychologically crippled the nearly 60-year-old woman. Following the parasuicidal incident, a discrete psychiatric evaluation led to Fannie-Mae’s commitment to the Southeast Louisiana Hospital, a mental facility in Mandeville.

Vernadette took these events hard. She had idolized her mother, and signing off on her mother’s psychiatric commitment was crushing. Yet, the timing proved ironically fortuitous, as less than a year later, Eddie Price, the Mandeville mayor who had served for thirteen consecutive years as Fannie-Belle’s boss, was forced to resign and later pleaded guilty to charges of tax evasion and “depriving citizens of honest services through mail fraud.” While most of Price’s mayoral office went down in similar professional flames, the institutionalized Fannie-Belle was spared any accusation, criminal or otherwise.

Notwithstanding, Fannie-Belle’s mental health did not improve, at least not permanently. In 2010, her depression remitted, and she was released, much to Vernadette’s joy. But that joy turned to confusion, frustration, and sorrow when her mother’s behavior swung to full-blown mania: drunk driving, sexual indiscretion, delusional grandiosity, and disinhibited spending of her entire life savings and maxed out credit lines. Without other options, Vernadette returned her out of control mother back to Southeast Louisiana Hospital. It took the attending psychiatrists nearly a year to find the right cocktail of psychotropic medications to stabilize Fannie-Belle’s bipolar symptoms–which was fortunate since the Louisiana State Department of Health closed the hospital in 2012 due to reduced federal money from Medicaid.

Vernadette was left to care for her half-vegetative mother and somehow pay for nearly fifty thousand dollars of credit card and medical bills. In her desperation, she started attending local evangelical churches, desperate for some guidance or aid and truthfully not caring whether help came from God or man. Neither ultimately answered her prayers–but her prayers were answered, thought not in the manner she initially dreamed of or eventually wanted.

It began on what seemed an ordinary March afternoon in 2013 when Vernadette went to pay the minimum monthly fee on one of her mother’s many maxed-out credit cards and found the balance had been paid–completely. That shock, elation, confusion, and alarm only grew as she checked each of her family credit cards and found every last one of them paid for in full. After that first “miracle,” she was even more flabbergasted when she received a call from a doctor who was conducting genetic research on a rare set of hereditary alleles that she and her mother allegedly possessed, and was told that if she consented them to participate and provide DNA samples, they would be compensated monetarily with an amount that would more than cover her mother’s medical bills. Her evangelical friends shouted hallelujah upon hearing of the “sweet merciful hand of crucified Jesus,” and admonished Vernadette not to reject God’s grace. Thus, with faith or at least desperation banishing doubt, she signed the consent forms and mailed the sealed saliva samples she had taken from her and her mother’s mouths. A month later, she received a letter briefly thanking her for her family’s participation in the study. Attached to the letter was a check in the amount promised, plus one extra zero. Vernadette was ecstatic and praised God.

The devil didn’t mind God getting the credit. In fact, he even waited a whole month before coming to collect his dues.

But he did collect.

It started with Vernadette and her mother being invited to a banquet at Slidell’s antebellum plantation, where nominally the study’s primary researcher, one Dr. Arthur Cruddup, would share the preliminary results of the study with its subjects. Initially excited, Vernadette became markedly worried when it became apparent that she and her mother were the sole guests. That apprehension only increased and turned to horror as Dr. Cruddup presented the “irrefutable biological and historical evidence” that Fannie-Belle Rowe was in actuality the bastard daughter of Louisiana’s past governor, Earl Long, and a criminally insane serial killer, Velma-Dean Boggs. He related how he had discovered that Vernadette’s mother was conceived during the infamous time when both the governor and family murderer were mutually committed to the Southeast Louisiana Hospital, how the staff covered up the scandalous pregnancy and falsified Fannie-Mae’s birth records, and how she had been adopted by Bertha Rowe, a childless orderly at the hospital.

Then another man appeared. But not a man; he was somehow much more–and much less. He did… things. She does not, cannot remember those things. She is grateful.

Yet, by the time she and her invalid mother awakened in their family home, Vernadette understood several things: she had consented to continued “participation” in a “study,” one that would remain “confidential” but for which she would be compensated with certain “health benefits.” She also keenly understood that if she violated that nondisclosure agreement or terminated her participation, that her family would be ruined by the public revelation of Fannie-Belle’s secret lineage and psychiatric institutionalizations and Vernadette’s own criminal prosecution for “embezzling” thousands of dollars to pay her family’s debt.

Vernadette knew she was trapped. Without other acceptable options, she obeyed the initial “favor” asked by her “patron:” applying to work as Mayor Darbonne’s personal assistant. After all, she doubted she would be hired. Yes, she had the academic qualifications, but she knew she lacked any appreciable experience compared to the other applicants. Thus, she was shocked when she hired.

Since then, she has worked faithfully for both of her masters, and thus far, her responsibilities for her clandestine employer have been minimal (which is fortunate since she has little authority or connections as she is rightly treated as a tyro amongst her municipal peers). Usually, she is simply asked to relate the outcome of certain meetings, forward upcoming press releases, or to make minor adjustments to schedules. So far, she has not been asked to do anything explicitly illegal.

However, Vernadette has no doubt that her secret masters have both the capacity and predilection for extralegality. After all, the one time she half-confessed her situation to a fellow church member, the woman and her children died in an all-too coincidental car accident right outside Vernadette’s home the very next night. Sometimes she sees menacing motorcyclists parked outside her house or hears their engines roar loudly down her street in the dead of the night. Sometimes the unmarried, middle-aged virgin thinks they will kidnap her and do terrible, lurid things to her.

Sometimes, she hopes they do. 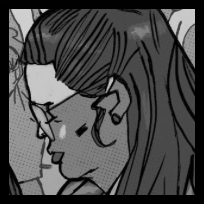