Vintage books, old china, antiques; maybe I love old things so much because I feel impermanent myself.
—Josh Lanyon

“He’s the kind of guy who walks into one of those flea markets where people sell things for a dollar and walks away with thousands of potential dollars because he knows what’s worth it and what isn’t. He does it with people just as much as he does it with things. He’s got a way of just knowing who is a worthy investment and who isn’t. And if he decides you’re worthy? The way he looks at you is nothing short of mesmerizing. You’re the most important person in the world at that moment.”
—Jade Kalani 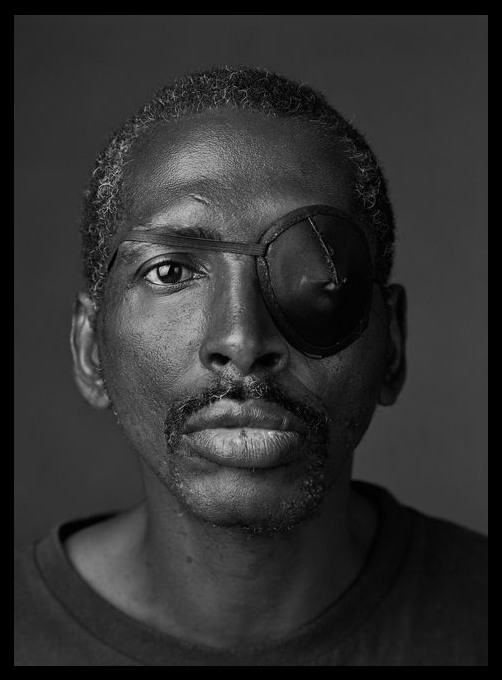 Tyrell looks like the kind of man you’d find in an antiques shop. He’s an older, refined gentleman with hair that’s closer to salt than pepper, but his complexion is as smooth as anyone who appears to be in their fifties could be. He’s got a scruffy goatee that he always jokes he’s “growing out,” and eyes that look like burnt caramel, though one is always covered by an eye patch. Despite his age and his chosen career, he’s got a lean, wiry frame that speaks to long years of hard work.

Aside from his always-worn eye patch, Tyrell isn’t often seen in the same clothing more than once, though he does have a distinct style. He’s the kind of guy you’ll find in turtlenecks, argyle sweaters, and the occasional sweater-vest worn over a button down. He says he hasn’t worn jeans since the ’90s and favors khakis and cargos. He also has a penchant for knee-high socks. “I like the compression,” he says if anyone asks.

Tyrell claims he lost his eye in the war. Not that war, no, the one before it. Yeah. That’s the one. He says he was on the wrong side of a flintlock pistol, too, and sometimes mentions the jungles of ’Nam and all the protests when he came home. All this to say that no one is quite sure what war he fought in, or if he did, but he stands by his combat experience.

To hear him tell it, his momma was a painter. A famous one, too, but no she didn’t share a name with him. She taught him that all he could rely on was his own two hands, so when Tyrell came back from the war he started off on the bottom rung of a moving company. It was tough going: not a lot of people trust a black man with their furnishings, and more often than not when shit went missing he was the one people gave the stink eye. But Tyrell was quick. Quicker than most people, and strong too; he wasn’t the “college hunk” moving furniture, more of a lean, wiry kind of whip. Says he once got chased down a set of basement stairs by a 500 pound gunsafe and managed to catch it before it destroyed anything. When the moving company expanded from a local organization to a national one, Tyrell was one of the guys tapped to move on to bigger and better things. Instead of the help he was the driver, got his class A license and everything. “I take good care of people’s shit,” he was fond of saying. He had less accidents on the job than anyone else in the company, less broken furnishings, less lost items… and more tips. Way more tips. People were happy to pay him extra for his smiling, upbeat nature.

When you spend that much time on the road and inside of other people’s houses, you get a real good idea of what stuff is worth. Sometimes people looked at their assorted old belongings and said they didn’t want it anymore, so Tyrell started collecting. Little pieces here and there: paintings and other wall art, brass scales, mirrors, small pieces of furniture, the occasional Tiffany lamp. His apartment looked more like a collection of goods than a proper living space, and once he realized the value of certain things he began to hawk them to the highest bidder. On top of his day job, he made a pretty handsome living.

It doesn’t seem like his Embrace slowed him down any in his collection of antiques. If anything, he’s used his newfound abilities to help him suss out better deals and deprive unknowing mortals of their choicest belongings.

Tyrell is the kind of guy who has a story for every situation. Any time you say anything to him he can come right back at you and tell you a twenty minute story about something he saw in the war, on the road, in his shop, on TV. For a lick he’s well-connected to the digital age, though he’s no savvy computer programmer; no, the man just likes the comfort of “noise in the background,”) so when he’s at home or work he’s got some sort of something playing. Often it’s a documentary, sometimes it’s the radio. He’s not a gamblin’ man but he enjoys making little “investments,” so he collects all sorts of things that he thinks are going to “go up in value,” as he says. Usually, he’s right. He’s got a soft spot for the New Orleans Saints; says he’s been a fan since people used to wear their paper bag “Aints” masks to the games.

Aside from his penchant for learning, the man is as warm as the Louisiana sun. He’s the kind of guy who smiles with his whole face, pats you on the back, makes you feel as warm and gooey inside as a fresh-baked chocolate chip cookie. It’s weird comin’ from a lick who’s been around more than a few years, and some people think he’s not the least bit sincere.

People who know him say he’s a collector. Antiques, books, things in general… but people, too, and stories, and experiences. That’s what Tyrell says the world is all about: experiences.

Due to his frequent absence from the city, Tyrell doesn’t hold domain of his own, though like his coterie-mate Andromeda he is welcomed by the rest of his krewe when he is in town and has no trouble obtaining hunting rights. That being said, Lord Savoy has seen the sense in allowing his business to run out of the French Quarter, and shortly following the Anarch split of 2015 the self-styled lord gave Tyrell express rights over the area adjacent to his shop, Anecdotes. Everyone in the Quarter knows it’s the best place for their top-notch antiques, alchemic ingredients, and other oddities. He says he’s even got a few Mage customers, though from a man with a tongue as well-versed in tall tales as Tyrell’s, who really knows.

• Raveena Cartier (g. late 20th century, Ghoul Status •)
Raveena has been with Tyrell since he opened his shop in the late ‘90s. She either doesn’t have an eye or wears her patch out of solidarity with her domitor, no one is quite sure. Unlike Tyrell, though, her patch always remains on the one side. Regardless of who she is and where she came from, the girl has an affinity for sniffing out “real” antiques that are actually worth something, as opposed to the touristy-trash that most people bring her way. Still, she’s happy to scam anyone who doesn’t know the difference. Raveena is loyal enough that even when Tyrell is gone for months on end “chasing a deal,” she’s still there waiting for him when he comes back. She’s also taken remarkably well to managing the online store for a woman her age.

• Kevin Harrington (g. early 21st century, Ghoul Status ••)
Kevin joined Tyrell after the lick watched him put someone’s face through a brick wall. It wasn’t so much the fact that the face went through the wall, which Tyrell has seen often enough from the Brujahs he hangs out with, but the unflinching, cold way that the man did it. He’d just wiped the blood spatter off his coat as if it didn’t mean anything and left the corpse behind, never once giving a fuck that there were at least a dozen witnesses. Tyrell caught up with him and learned the man had once been some sort of army guy, the kind who gets answers out of people at any cost, and since his discharge he’s been picking up odd jobs for the local Mafia without really getting in too deep. He was happy to accept Tyrell’s offer to serve as muscle, and the man accompanies him on his trips out of state.

• Bradley “Brady” Semer
Owner of a farm outside the city and sells his food at a stall at the Crescent City Farmers’ Market in Mid-City. What most don’t know is he also sells uncommon plants and alchemical ingredients to the right buyers.

Tyrell is known to run around with Roxandra Adrieux and Jade Kalani when he’s in town. Rumor has it that they’re in some sort of krewe together, though he is most frequently seen in the company of Andromeda Brooks. He accompanies her on her rock tours, where he spends his time collecting odds and ends from the various cities that they visit for resale. His prior time as a mover has left him pretty comfortable with most of the country, and he knows all sorts of bolt-holes that a visiting Kindred might not think of in the cities they stop in.

When he is in the city, Tyrell is known to get on well with Janine Clairmont, to whom he often supplies rare and/or valuable books. He’s also hand-delivered a few things to Chicago for Reynaldo Gui. He’s generally known as the guy who can get things into / out of the city… for the right price.

On the mortal side of things, Tyrell apparently has an in with Tome, and he’s been working on getting Hubert Brown under his thumb as well to expand his “empire.”

Tyrell is the childe of Shejana Džugi, a gypsy born Ravnos who was sent to Buchenwald with the rest of her family when she was still mortal. There she was Embraced by Vladislav Krivokapic, who was only around long enough to watch her take her vengeance. After the Allies liberated the camp, Shejana headed west and settled in Chicago. She’s spent most of her Requiem high on drug-infused blood, and has only surfaced to sire her own childe. Her whereabouts are currently unknown, though there’s a solid chance she’s sleeping off another bender. 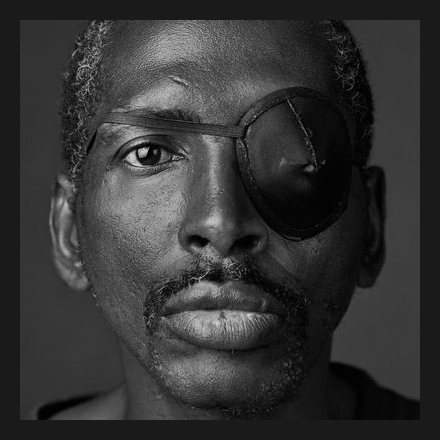