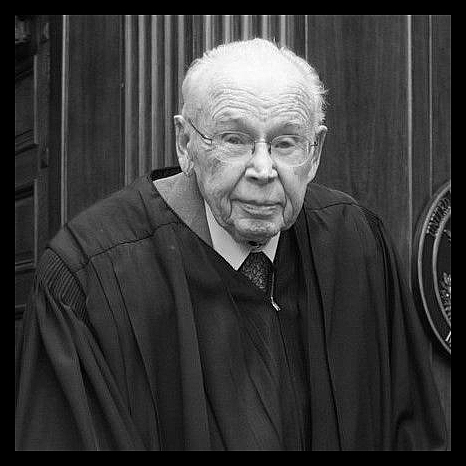 Thomas is an elderly man with a deeply lined face, receding white hair, and thick glasses who walks with a slight stoop. He’s willing to use a cane outside of his job, but when he don a judge’s black robe, he prefers to project an image of strength and goes without.

Thomas is the chief justice for the Louisiana Supreme Court, having sat on that distinguished body for more than two decade-long terms as its senior-most member. During his youth, he worked as an assistant district attorney, private defense attorney, and judge for the Louisiana Circuit Court of Appeals, among other legal occupations. He represents the Supreme Court’s First District, which includes part of Orleans Parish, and is affiliated with the court’s six-large Republican supermajority. He is unlikely to lose reelection and rarely has to write dissenting opinions, although his age means his next term will likely be his last one.

One of the eldest and most respected members of the Malveaux family, Thomas had deep disagreements with his older brother James (who moved their ancestral seat from New Orleans to Baton Rouge) as to the family’s direction. He remains relatively close to his nephews Orson, Matthew, and Nathan, the three brothers who’ve succeeded their father as the family’s heads. Thomas provides them with semi-regular advice and counsel, which he is always happy to offer, and also serves as the family’s unofficial historian and genealogist. He’s made it his job to keep track of the Malveauxes’ many branches and the accomplishments, connections, and resources of each one. He’s often the point of contact between the three brothers and their offspring with any number of “cousins down along the Gulf Coast." Thomas still tries to ensure that distant Malveaux cousins have periodic opportunities to meet and mingle, although he and his wife Mary haven’t been able to host as many gatherings in recent years. They’re not getting any younger.

Although Thomas is over 80 years old, he retains a razor-sharp mind despite his increasing physical frailty, as well as a flirtatious sense of humor. He was quite the lady’s man in his youth and is rumored to have fathered numerous illegitimate children before the three legitimate ones he had with his wife. The more salacious rumors claim Thomas continued to have affairs (and children) after his marriage with an array of mistresses. It’s unknown what Mary makes of these stories, but the two have remained together for over 50 years.

Thomas and his wife live in a historic mansion along St. Charles Avenue, the city’s “millionaires’ row” that stretches through the Garden District, Uptown, and Riverbend before terminating at Audubon Place’s gated walls.

Thomas has many connections to the city’s police force, the New Orleans District Attorney’s office, and numerous judges from a variety of lower courts. He knows numerous Malveaux cousins across the Gulf Coast from a variety of fields. Although none have the influence of the three brothers’ families, most are well-off and successful in their professions. Through his wife Mary, he is related by the marriage to the Whitney family. Finally, Thomas is on cordial terms with his federal peers on the Fifth Circuit Court of Appeals, which is also located in New Orleans.

Among his family, Thomas is closest to his nephew Carson. The younger judge has been Thomas’ protege for many decades, although he has since lost his hope that his nephew will take over his seat on the state’s highest court. He’s privately admitted that was probably an overly ambitious dream. Among the family’s younger generations, he is closest to his great-nephew Adam and his great-niece Virginia.

Thomas is the chief justice of the Louisiana Supreme Court, a position he automatically assumed as the court’s senior-most justice. (Louisiania Supreme Court Status ••••• •) He is also among the most esteemed members of the Malveaux family and can draw upon his younger relatives for a variety of favors. (Malveaux Family Status ••••)

Caroline Malveaux-Devillers clerked at the Louisiana Supreme Court under her great-uncle Thomas. After she repeatedly missed work without notice, thanks to her Embrace, he did not stop them from firing her.

Thomas helped Claire Malveaux snag a new clerkship on the Fifth Circuit Court of Appeals for Caroline, which the two of them considered an “appropriate consequence” for her earlier behavior, given that she found the work less interesting than the Supreme Court’s. Caroline was largely frustrated by this news, as the other court’s hours of operation were still during the day.

At Caroline’s behest, Antoine Savoy reached an arrangement of an unspecified nature with Thomas that resulted in Caroline getting her old job back at the Supreme Court (located in the French Quarter), although her great-uncle seemed oblivious to the fact she never came into work. Savoy’s favor allowed Caroline to remain in her family’s graces for longer than she otherwise might have. The French Quarter lord has yet to call it in.

Thomas attended Westley Malveaux’s funeral and remarked (to the surprise of many of his relatives) that his great-nephew had the makings of a good judge.

As Caroline’s life continued to spiral apart in her family’s lives, Thomas happily conversed with his great-niece on several occasions about the Malveaux family’s history. He likely hoped that her interest in her ancestors’ legacy and accomplishments would inspire her to mend her ways. In truth, Caroline merely sought information on the mortal life of her elder clanmate Bishop Malveaux, which her great-uncle was able to provide in detail.

Thomas has had no contact with her since she “came out” to their family as gay. 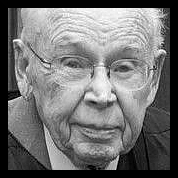