The Man With The Silver Smile

“The gambling known as business looks with austere disfavor upon the business known as gambling.”
Ambrose Bierce
“I admire addicts. In a world where everybody is waiting for some blind, random disaster or some sudden disease, the addict has the comfort of knowing what will most likely wait for him down the road. He’s taken some control over his ultimate fate, and his addiction keeps the cause of his death from being a total surprise.”.
Chuck Palahniuk
“Money won is twice as sweet as money earned.”
Fast Eddie Felson, The Color of Money 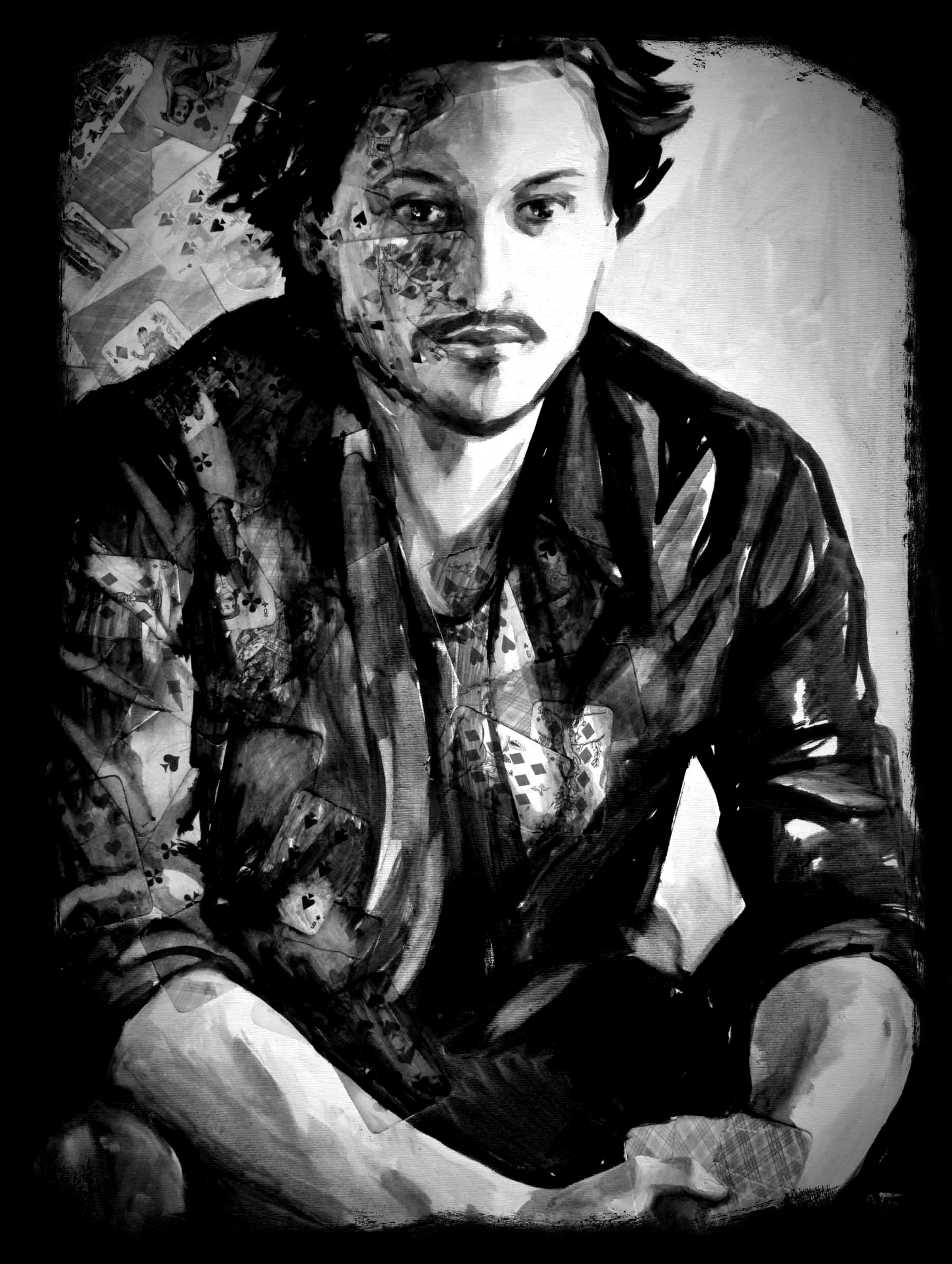 The man likes bright colors. Whites and silvers and golds and, naturally, reds—though red makes him look too sloppy, he says. He prefers colors that show blood, so that their spotlessness speaks volumes. He wears suits almost exclusively, always with an ascot or some other burst of color at his breast, but he does not often care for his clothes. He lives dirty. Of course, he cannot bear the sight of a suit too rumpled, but that does not mean he fusses over them—he will simply buy another on the morrow. Name, what name? He has a dozen. Pick a card, any card. Sometimes he forgets them himself. Always, he has with him a cane, of course—gentlemen carry canes, and so do pimps, and old men.

There is something sickly about his face, a thick brow but features thinned by the harsh living of his last months of life. He is not ugly, but he is not handsome, either. What he is is magnetic, like a distant pole or the moon’s inexorable tugging at the tides. Especially when he smiles. It should be an ugly smile, with two silver teeth. One on the bottom, one on the top, almost but not quite rendering his canines symmetrical. But it’s a beautiful sort of ugliness; a smile that magicks mischief into method, madness into mummery. Some nights he shaves the bachelor’s stubble he wore when he died. Other nights he keeps it. What’s life without a little unpredictability, especially when you’re dead?

Harlequin’s grandchilde has his ancestor’s taste for ostentation, but none of the elder Malkavian’s passion for duty. He is more open about his preference for Savoy’s ascension than Harlequin, but does not seem fanatically passionate in his loyalty; indeed, the Man with the Silver Smile’s chief ambition appears to be finding the next wager to stake, the next game to fawn over.

The childe of Harlequin, the Man is well-regarded by numerous members of the Moon Clan, including, if rumors are to be believed, the madman Travers. He’s known to be something of an underworld figure, with even hardened mafiosos describing a generous, yet unsettling “bookie” with a silver smile. Less publicly, but no less discussed, is his relationship with Zofia Zelenski, a Caitiff-Embraced cat burglar rumored to be the childe of Pietro Silvestri. Rumors concerning the “couple” range from them having been lovers in life to having been blood bound since Katrina.

Sterling is private about his domain, but most assume he holds rights in either the Faubourg Marigny (where, after all, his grandsire is known to reside) or the Quarter.

Aaron Eckhart, a millionaire playboy from out of town, is the whale to end all whales. A helpless gambling addict with the means to support his habit, and just enough luck to keep himself in the game, his almost legendary exploits allegedly account for a relatively obscene percentage of the state’s income from gambling. Indeed, those who peruse the city’s tabloids can set their calendars by the almost regular articles (all thin on details) about the reclusive, hopelessly addicted millionaire.

Though his star is brightest among his fellow kooks, the Man’s enigmatic reputation, colorful style, and general affability has marked him as a neonate in good standing of Camarilla society. He’s also a lay member of the Lance, though his loose views on theology have left many a more pious Kindred scowling. (Bourbon Sanctified Status •, Camarilla Status •, Malkavian Status ••)

• They say there’s a man with a silver smile who runs the mob’s numbers racket and has a taste of every game in the city. They say he’ll give money to anybody, even bums or invalids… if they interest him.
• The people the Wizard gives money to? They always pay him back, because he gives the best advice in the city.
• Goldilocks is actually the childe of the madman Travers, the one who says he’s part werewolf. Harlequin’s just his guardian.
• Oz actually WAS a werewolf, before he got Embraced. He’s still obsessed with the moon.
• Those teeth Sterling’s missing? He traded them to a faerie, and now he knows things nobody should know.
• Sterling hates his real name, which is why he uses so many fake ones. It robs him of his powers.
• The Wizard doesn’t even remember his own name. He played his sire for it in a game of poker, and lost.
• Sterling’s part of the Krewe of Janus, but he prefers to spend his nights gambling instead of cleaning up messes.
• He’s a real wizard, or was one before he died. He still dabbles in sorcery, now.
• There is no such Kindred—just Harlequin pretending to be a neonate to spice things up. That Mask gets heavy.
• Goldilocks’ mother is a dragon and his father was a madman who thought he was a knight.
• There’s more than one lick inside Oz’s head. Sometimes they talk over each other.

The Man is the childe of Marceline Duval, a surrealist painter of some standing within the Invictus. Marceline is the childe of Harlequin, the founder and leader of the Krewe of Janus. Harlequin is the childe of Clarice Barabet, the Lancea et Sanctum’s third bishop in New Orleans and Clan Malkavian’s former primogen. The lunatics refuse to speak the name of Clarice’s sire, but she is believed to be the grandchilde of an enigmatic elder known only as the Mother.

The Man With The Silver Smile 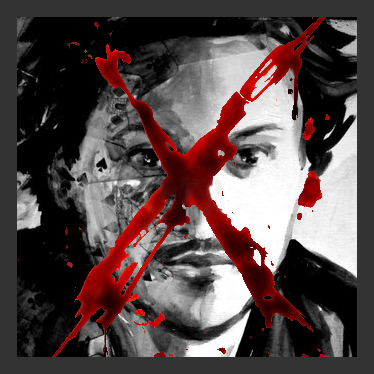