“Envy is thin because it always bites but never eats.”
—Spanish Proverb

“Too many people are living in a prison that they themselves have manifested.”
—Randy Kolibaba 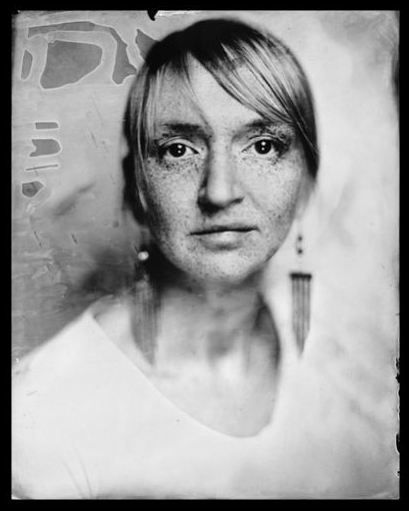 Some women age like a bottle of Merlot. Much to the maître d’s disappointment, Tennybelle isn’t one of them. Decades of double-shifts, hard partying, and living a lie (or several) have robbed Tennybelle of her former vitality, if not beauty. Where her 6’2” height once gave her an exotic allure, her thin, long-necked stature makes her now resemble a matronly goose, particularly as her age-lengthening nose has become increasingly ‘beak-esque.’ Myriad hours waiting outside café seating as well as weekends sunbathing along the Gulf Coast have left her face sun-spotted with freckles. Her large, doe-dark eyes no longer glimmer with innocence (even of the affected kind), but rather have the sheen of middle-aged disappointment and discontent. Her blonde hair has become increasingly ‘dirty’ as well as thin, and she’s reached the age where dying strands in exotic colors looks more puerile than avant-garde. Still, she keeps her locks expensively styled, only recently swapping out a hime cut for a sleek pixie with A-lined bangs that her salonist says “fits a modern woman who is freshly aware of her mature sophistication.”

Following the similarly weather-vane advice of her cosmetology magazines, she ascribes to subtle make-up that embraces novo-nude, faux-natural palettes. Befitting her professional role, her jewelry tends to be tasteful, but overpriced, as most of her pieces come from an alleged Katrina orphan who has recently become a local, if not likely long-lived darling amongst New Orleans’ high society. When not donning the uniform of a maître d (and sometimes when she is), Tennybelle prefers black, cigarette-slim slacks; airy, clean-colored blouses; and accent-scarves whose sterile, haute couture prints look like they belong in one of Camilla Doriocourt’s so-called art galleries. Given Tennybelle’s long-time profession as well as coveted career, her clothes typically possess a faint ‘perfume’ of rich foods and richer wines. Ironically, the sole vestige of Tennybelle’s youth is her voice, which sounds like a cocktail made of 1-part Dixie debutante drawl, 1-part husky sex line operator, and 1-part chipper cheerleader.

Tennybelle was born and raised in Dickson, Tennessee, a small town on Nashville’s outskirts. Named after her native state, she often quips that it’s good her parents didn’t equally love their hometown, as “Dickybelle doesn’t have the same ring.” She left that hometown after high school, to chase after her prom king ex-boyfriend who went to Tulane to become a doctor.

Lacking the money, much less grades, to attend her ex-beau’s college, Tennybelle tried to pick up as many jobs and shifts working in Riverbend’s campus restaurants. While that strategy ultimately failed to win back the heart of her high school sweetheart, it did help her realize she liked the hustle and bustle of big city hospitality business. Rather than return to Dickson and disappoint her parents by ‘dropping out of college,’ she stayed in New Orleans. There, she continued working as a Riverbend waitress while enjoying the local college scene. She initially planned on saving up enough money to afford college, but she always blew her excess tips on concerts, bar hopping, and Green Wave basketball games.

As they always do, the years took their toll on Tennybelle, even as each new cohort of freshman arrived as young and beautiful as the last. As her early twenties became her late twenties, she told her campus colleagues that she was an MBA student, but eventually age and hard partying made even that lie untenable. When Katrina hit New Orleans, she evacuated back to Dickson. To save face, she falsely told her family and hometown friends that she had graduated and started up a thriving business, but that it had been wiped out by Katrina. But maintaining the facade of an MBA graduate of Tulane and once-successful entrepreneur was too hard–especially when she had to keep coming up with excuses why she didn’t want to send her resume to local businesses in Dickson or Nashville.

To escape that deceit, or at least shame, she returned to New Orleans. “Too old” to resume her false campus life, she used her decade-long resume to secure a job as a hostess in a more “mature” restaurant in the CBD. In some ways, the transition was easy: she had lots of experience working with junior waiters, and the non-college clientele tipped a lot better. At the same time, the standards were more exacting, and the atmosphere was relatively staid. To stave off boredom and ennui, she picked up other jobs, mostly in sports bars where she could catch up on college and professional basketball tournaments, if not pick up a new boyfriend or one-night stand. She particularly looked forward to Mardi Gras and its wild, bacchanal vitality.

During this time, her youngest sister, Lula, followed Tennybelle’s example and moved south to New Orleans. Unlike Tennybelle, Lula actually was admitted to Tulane, but she struggled with the coursework and tuition costs. Based on her older sister’s advice, she took “a semester or two off” to work full-time waiting tables, courtesy of Tennybelle’s old hospitality connections in Riverbend. Five years later, Lula had given up her dream of earning a degree, and copied her older sister by working her way up to head waitress at better-paying restaurants in the French Quarter.

Since then, the Redd sisters have both become maître d’s of New Orleans’ more elite, or at least most expensive, restaurants. Currently, Tennybelle works as maître d for both Galatoire’s 33, right next door to the original but cheaper Galatoire’s, and Antoine’s. Meanwhile, her sister hosts at Doris Metropolitan, and moonlights as a waitress at Ruth’s Chris inside Harrah’s.

When not occupied by their double shifts, both sisters enjoy fine dining, nightclub dancing, and talking about their new professional dreams. Lulu’s entails shacking up with a rising star chef and opening their own restaurant–with her “MBA-holding sister running the books.” Meanwhile, the almost 50-year old Tennybelle is looking for an exit plan from the hospitality business. Namely, she wants to become a restaurant critic or food columnist. In the meantime, both women are happy to trade gossip and compare notes on which famous movie star, politician, or athlete recently graced their restaurants. After all, they figure if you can’t be in the limelight, the next best thing is watching those who are. 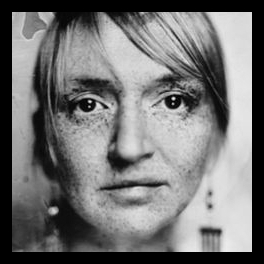