“Nothing is so wretched or foolish as to anticipate misfortunes. What madness is it to be expecting evil before it comes.”
—Lucius Annaeus Seneca

“Since man cannot live without miracles, he will provide himself with miracles of his own making. He will believe in witchcraft and sorcery, even though he may otherwise be a heretic, an atheist, and a rebel.”
—Fyodor Dostoyevsky

“There is always some madness in love. But there is also always some reason in madness.”
—Friedrich Nietzsche 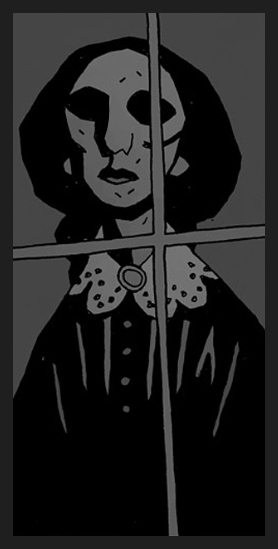 A disquieting figure stands at the window, staring not just through it –but beyond. Her gray face might be called beautiful if not for her petite pox-scabs and the cadaverous voids that mark her as one who has seen things that earthly eyes cannot contain. Her dark, pulled-back braided hair and demure, frock-collared dress follow late colonial. A rapier’s pommel protrudes sickly from her stomach while its blade bursts and bloodily dangles from her back like an iron witch-tail. Her hands silently shuffle a tarot deck made of black-etched glass backlit by otherworldly fireflies.

In New Orleans, if your interests run to island voodoo, ufology, witchcraft, teleportation through the third eye in your forehead, palm and tarot reading, the study of ectoplasm, the theory that Atlanteans are living amongst us in another dimension, and herbal cures for everything from brain cancer to impacted wisdom teeth, you eventually go to Tante Lescaut’s Occult Curiosities, Horoscopes, & Palmistry on Royal Street in the Quarter. The longest contiguously operating occult store in New Orleans, Tante Lescaut’s has had scores of proprietors since the original “Tante” a half-unhinged palm and tarot-reader by the name of Mignon Lescaut, arrived in the then-nascent Vieux Carré of 1721.

The current Tante, or Tantsy as her frequent patrons and massive horoscope mailing list subscribers know her, is Césarine Rouselle, an eighty-two year old woman descended from Yoruban maroons, Acadian redbones, and Haitian revolutionaries. Like most of her predecessors, Césarine lives in the antique, second-story living quarters above her shop. She shares this residence (and the responsibilities of running her shop and monthly mailings) with two companions. The first is Carl Schauberger, an otherwise unemployed paranormal psychologist whose Austrian-born father forsook the Fatherland but not its Esoteric Nazism. The second is Brijbala Chugtai, a third-gender Pakistani self-proclaimed yogi, who insistently serves tea to Tantsy’s guests, complete with a silver tray, stale sugar cubes, and liberal splashes of absinthe. They in turn share the building with the apocryphal ghosts of the former ‘Tantes’ who sightlessly peer from the third-story windows and the indisputably real swarm of cats that roam over the property’s stage-prop furniture, overflowing bookshelves, and ancient paint-cracked radiators; track soiled cat-litter through the apartment and store; and allegedly hold feline, moonlit séances upon the French-door-accessed gallery amidst its potted geraniums, dream-catchers, and apotropaic talismans. 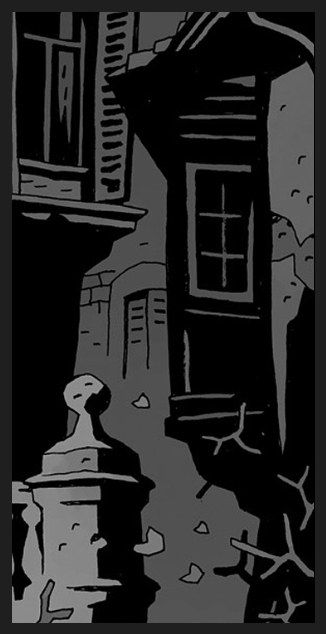 Césarine Rouselle is lumpy all over with skin so black it has a purple sheen. Her hair is so grayed and frizzy that it looks like half-worn S.O.S. pads. She streaks her high, sunken cheekbones with rouge and paints her upper eyelids with fluorescent shades of pale lilac. She incessantly smokes hand-rolled, lipstick-smeared joints that allegedly help her glaucoma as well as her attempts to commune with astral aliens, loa, and psychic asteroids. She wears bifurcated librarian glasses that she claims belonged to Jackie Kennedy in a former life. She favors sundresses and moo-moos stitched with astrological symbols or her favorite cartoon characters and often has a half-dozen cats purring and mewling around her spider-veined, swollen legs and sandal-beaded feet. She speaks in gumbo-thick Creole, made all the more unintelligible by her missing teeth. Her preternatural ability to misremember the names of even her most frequent customers is only rivaled by her uncanny, if irregular, oracular ability to read palms and decipher dreams.

The original Tante Lescaut was a Baleine Bride, one of the 90 prostitute-felons of childbearing age involuntarily deported from the prison of La Salpetrière in Paris and transported on the ship La Baleine to Louisiana. Like the more famous if less scandalous filles à la cassette Mignon and her fellow brides were nominally shipped across the Atlantic to provide female companionship for the predominately male colonists, while in secret also serving the needs of immigrant European Kindred. In Mignon’s particular case, she became the ‘bride’, or at least blood-doll and later ghoul, of the Malkavian Francois du Valle.

Amongst the still-living and unliving, it is unknown whether Mignon already possessed an innate blend of madness and magical aptitude that attracted the Fool or if her regular diet of Malkavian vitae gave her the oracular powers for which she would be best remembered. Either way, Mignon grew to be a powerful seeress. Although she was best known for her mastery of Old World occultism; including astrology, palmistry, mesmerism, and goetic witchcraft; she also dabbled in the indigenous mysticism of the New World.

Yet, the psychic perils of such pursuits, coupled with decades of drinking du Valle’s blood, made Tante Lescaut quite insane, thereby diluting the consistency and dependability of her prophetic declarations. Perhaps it was this diminished reliability that caused her domitor to ignore her divinations that his and Costa’s rebellion would lead them to failure and Final Death. Similarly, her madness may have prevented her from using her own oracular knowledge to save herself, as all records indicate that she died on the same night as her master, another now-forgotten casualty amongst the slain insurgents.

Fewer know that, unlike her master’s, Tante Lescaut’s death was far from final. Instead, she arose as a wraith, bound to her occult shop. But the loss of her life as well as her domitor left her a raving, gibbering shade only one step shy of becoming a spectre or worse. Yet, those who tried to repurpose her property or even more foolishly subjugate the psychotic ghost, soon discovered to their mortal regret that neither death nor madness had robbed Tante Lescaut of her eldritch puissance. Ironically, the supernatural demises of such individuals helped cement the popularity of her shop and eventually made it a haven for occultists, including her ‘successors’, who were willing to peacefully or ignorantly co-exist. Over the decades, Tante Lescaut has emerged from her solipsistic sabbaticals to smite down those attempting to rob particular relics or harm her other ‘living property’. On vanishingly rare occasions, she has even spoken to the other Tantes, providing them some enigmatic vision or bestowing other equally arcane tutelage. Some have even survived such encounters with their mystical powers multiplied and their minds only marginally compromised.

Though time hardly heals all wounds, the past two centuries have seen the slow restoration of Tante Lescaut’s sanity –or at least a measure she has not enjoyed since before her ghouldom. What she plans to do with that lucidity, however, is a mystery that not even Tante Lescaut can yet foresee. 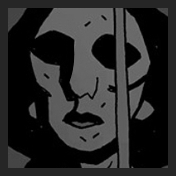