“Most people in my position would consider Sundown a competitor, or a threat. I prefer to think of him as an inspiration, and a friend. I challenge him, he challenges me, and we are both the better for it. What more could one ask for?”
George Smith 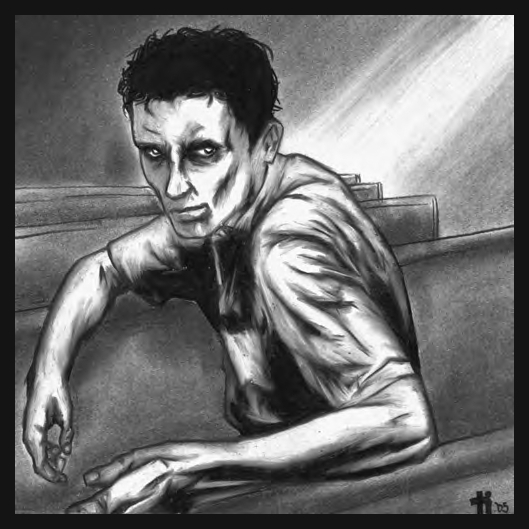 The man who is now known as Sundown was once a dark-skinned boy of Creole extraction. Now he appears as a racially indistinct gentleman of considerable good looks—not so attractive as to be threatening, but more than handsome enough to put everyone around him at ease. He dresses in popular fashions and always tailors his attire to suit whatever club he’s in, even if that means changing clothes on the way from one club to another.

One of the most well-known Kindred in all of New Orleans is also the one with the least active interest in the Byzantine power struggles at work. Indeed, this independent spirit has earned for himself no small measure of respect (albeit grudging, on some occasions) for his staunch refusal to venture into the political arena. This respect, in turn, only further increases his fortunes.

The reason the views of this one Kindred, who calls himself Sundown, are of such consequence is due to his remarkable influence over the mortal nightlife in New Orleans, and thus, over the mortal pulse of the city. If he were to lend his support to any of the three major Kindred players, the results would substantially assist the beneficiary. Some even claim they could turn the tide of the Big Easy’s political deadlock. For this reason, it serves the purposes of everyone involved that he remain politically neutral, and thus far, Sundown—the patron of New Orleans revelry and regent of Faubourg Marigny—has disappointed no one.

Sundown is perhaps best known for his ownership and management of several Kindred-hospitable bars and nightclubs in and around his parish. The largest and most successful of his clubs, the Carnival Club, was even declared Elysium some years back and has since become known as part of the local rack among the city’s hip neonates. The trademarks of a Sundown club include tinted glass (when the structure isn’t below street level), moodlit rooms and mirrors only in the bathrooms. Before Katrina, even the prince called upon Sundown’s establishments from time to time, and he can probably claim the most consistently amicable relations (overall) with the Nosferatu of the city’s three major Kindred figures.

As a Nosferatu, Sundown goes against type on just about all fronts. He’s sociable, approachable and stylish, and he clearly prefers lavish penthouse apartments to the dank and homely quarters often associated with his clanmates. His social and economic power disturbs more than a few traditionalist types in the city, and most of all Antoine Savoy, who abides the Nosferatu’s power and presence only because not doing so would put the prince at even greater advantage. Many believe that the Toreador plans to use Sundown as a stepping stone to the princedom, though no one can say with any surety how or when the would-be usurper might accomplish such a feat. Then again, almost every other politically motivated Kindred in New Orleans surely has similar aspirations.

The Afterhours King simply smiles and tells them they’re all welcome at his clubs.

Sundown is the regent of Faubourg Marigny, one of the city’s best hunting grounds. Plenty of Kindred are eager to pledge him service in return for feeding rights within the parish, and all the more so given his independent status. Most Kindred don’t think he’s likely to ask anything particularly risky or unpleasant in return—his entire MO is staying on every faction’s good side, or at least neutral side.

All of this may be true, but the Afterhours King still turns down more would-be vassals than he accepts. Some licks say he doesn’t want to turn his domain into the French Quarter, but that isn’t technically true—he’s happy for Faubourg Marigny to resemble Bourbon Street or Royal Street in its exclusive character. It’s the poorer sections of the Quarter, the ones swarming with an overabundance of hungry licks, that Marigny’s regent has no desire to emulate. “Too many renters and property values will go down,” he likes to say.

Sundown is also very careful not to appear to favor one faction over another. Savoy, Vidal, and even the Baron have tried to fill Faubourg Marigny with their followers over the years, but the Afterhours King usually just responds by inviting tenants from an opposed faction. Any who start trouble are promptly evicted. He’s also more likely to say yes to Invictus and Anarch vassals in his territory than he is to Kindred directly pledged to one of the three major powers.

Sundown’s independent status has also made Faubourg Marigny a popular neutral ground for Kindred of all clans and factions to safely meet, even those with no immediate interest in feeding there. Sundown is generally pleased to facilitate these meetings. He denies spying on them and holds that the prestige he enjoys from playing host is enough, in addition to the indirect inferences he can make: “It’s enough just to know who’s talking to who, and when they’re doing it.”

Sundown is very involved in mortal society and has adopted a variety of pseudonyms over the years. His current one, Calvin Berthelot, is the legal owner of many of his nightclubs and a respected community figure. The Afterhours King probably spends at least as much of his time interacting with humans as he does his fellow Kindred.

Sundown has a virtual monopoly over the nightlife scene within Faubourg Marigny. He doesn’t own every bar and club within the district, contrary to what the rumor mill says, but there aren’t many he couldn’t influence if he wanted to. He has many contacts among the Big Easy’s idle rich, hospitality and entertainment industries, and organized crime—plenty of drug deals go down in his clubs, after all.

Sundown is one of the most respected Kindred in the city, and a figure of lesser but still significant esteem within his clan. He’s also one of the harpies. (Camarilla Status ••••, Harpy Status •••, Nosferatu Status •••)

Sundown claims ignorance of his sire’s identity. Despite his political stature, he is not believed to have ever asked the prince for permission to Embrace. Sundown is known to be of relatively weak generation for a Kindred of his social standing, which has actually assisted in his reputation as a peacebroker.

It’s anyone’s guess whether Sundowns has any siblings-in-blood, including his own.

None known. Sundown has yet to evince any interest in granting the Embrace to another. 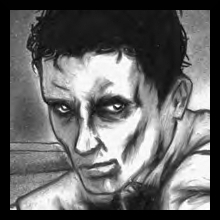