People look at Stacy and see someone who has stopped caring. She used to look good. She worked out regularly and took care of her appearance. She’s portly now, from a diet of junk food and days on the couch, though good genes have kept her from getting obese (so far). She has bad skin and greasy hair. Sometimes she forgets to brush her teeth. She never smiles. Most people find her depressing to be around.

Stacy dresses in secondhand thrift clothes. She doesn’t take care of them and rarely buys replacements. Many of them have stains and holes. She doesn’t care. Her only footwear is a beat-up pair of tennis shoes overdue for replacement.

Stacy was just another 20-year-old who’d attended Delgado Community to save on tuition before she transferred to Loyola (she also applied to Tulane, but they rejected her). She never thought much about the quiet and overweight slacker in her Sociology 101 class at Delgado who’d always stared at her but never said anything.

When that overweight slacker broke into her apartment one night and confessed how smitten he was with her, to the point of hacking her laptop’s webcam to watch her undress (which he masturbated to), Stacy reacted like any woman would have. The slacker’s scary-looking friend held her down as the slacker forced her to drink his blood, gushing about how they’d now be “together forever.”

Stacy only learned the slacker’s name was Andy several nights later. He assumed she’d always known it. He seemed hurt that she hadn’t.

Stacy only tried to escape once. A single intervention by Andy’s sire Rocco was all it took to terrify her out of ever trying again. Half of her didn’t even want to leave, either, no matter how much she hated Andy and found him disgusting. That half of Stacy glowed with pride whenever her domitor told her she was pretty. She always felt disgusted afterwards and wondered what was wrong with her.

Stacy didn’t stay pretty, though. In the half-decade since her ghouling, Stacy’s life has turned to shit. She has long since dropped out of college and now works a dead-end job at O’Tolley’s to pay for Andy’s living expenses. Her domitor has no money beyond what he begs from his sire, but he still has expenses: rent, of course, as well as high-end PCs, gaming consoles, and endless video game after video game, not to mention the very best pet supplies for his rats. Stacy’s minimum-wage job is barely enough to cover it all, plus living expenses for herself: much to her embarrassment, she’s now on food stamps to help make ends meet. So much for vampires being rich.

When Stacy isn’t working overtime flipping burgers or performing menial errands for her domitor, she also takes care of all the cleaning and household chores in his haven (Andy’s slobbish personal habits have not improved since his Embrace), including the lavish care of his pet rats. Andy doesn’t like the animals to remain “caged up” and relies on Stacy to carry them when they are outside their cages. A steady diet of Gangrel vitae has made the rodents extremely aggressive and they bite constantly. Stacy has shown no affinity for animalism to calm the creatures. She simply hates them too much to properly develop the discipline.

Stacy has long since lost touch with her friends, her family, and her college boyfriend. She hates her life, her job, her domitor, and above all, herself. She tries very hard not to think about how this is likely to stay her life forever. Her two sole outlets are self-harm via cutting and junk food (her O’Tolley’s job gives her an abundant supply), the latter of which has contributed to her weight gain. She no longer takes care of her appearance and this has caused her domitor considerable distress. Andy regularly invites her to play video games with him to feel better, but doesn’t understand why she never seems to get happier. The best he’s been able to do is get a forged prescription for some antidepressants with his sire’s help.

Stacy sometimes thinks of filling a shopping cart with as many over-the-counter medications as she can buy from the pharmacy, then swallowing them all before opening her wrists in the bathtub, but the blood bond always stops her from going through with it. And when Andy says he’d just like to see her smile, she can always find one more for him.

Stacy accompanied her domitor to the party Rocco Agnello threw. She showed up carrying Andy’s pet rats and looking as if she hated the experience.

In 2007, a then-mortal Andrew Philips asked Emil Kane for help hacking into Stacy’s webcam so he could watch her undress. Emil jumped through a convoluted series of mental hoops to try to collect a favor from Andy for helping him without actually helping him. In the end, though, Emil did the deed and helped Andy violate Stacy’s privacy, to which Andy masturbated repeatedly. Emil was somehow surprised by this development.

Emil also discovered earlier, while searching Stacy’s hacked browser history to see if she “deserved” what Andy would do, that she had been Googling the particulars of how to obtain an abortion. 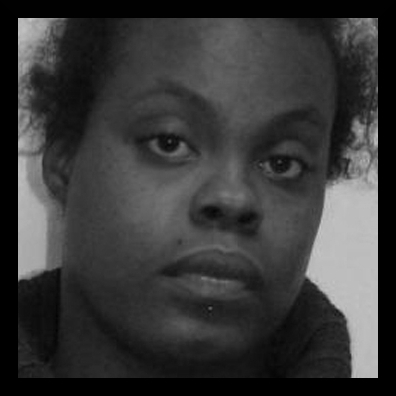