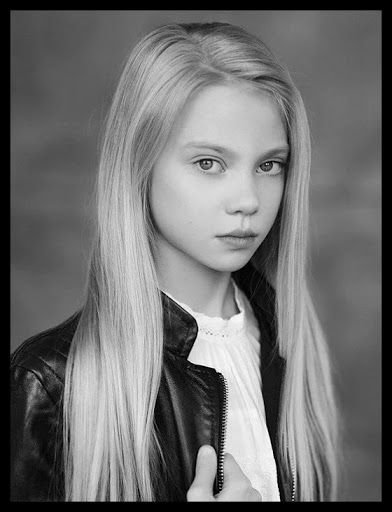 Many preteens are ugly. Simmone isn’t, and if her older sisters are anything to go by, she’s not likely to ever be. She shares their willowy builds, smooth pale skin, long blonde hair, clear blue eyes, and delicate facial features. Her mother likes her to wear little girl dresses with puffy sleeves when she’s with at home with her family, but she usually adopts jeans and more age-appropriate attire in public. She has a fondness for leather jackets.

In a family with seven single-gender children, it can be hard to stand out. Simmone had the fortune to be born last. The eternal baby of the family, Simmone’s mother and older sisters dote on her constantly and she relishes being the center of attention. She still enjoys piggy-back rides, sitting on laps, being hand-fed food, and being carried places—her mother has declared she’ll only be too old for it once she’s too heavy. Despite her enjoyment of such treatment, Simmone still wants independence and can get annoyed when her family doesn’t “give her space.”

Outside of her family life, Simmone attends the McGehee School for Girls as a fifth grader. She loves theater and rarely fails to get a starring role in school plays. She wants to be a Broadway actress when she grows up, though her sister Yvette keeps saying she should be a movie star instead.

Simmone was present at the LaLaurie House with her sisters Yvette and Yvonne. She was annoyed when Amelie Savard asked that she take a buddy with her when she used the bathroom at the nearby mini-mart, but went along with it.

After Amelie and Emil Kane were injured at the LaLaurie House, Simmone was among the girls arrested by NOPD for their involvement. She had a breakdown during the strip search, and despite the best efforts of her soon-arrived sister Cécilia and Caroline Malveaux to comfort her, she was also present for Yvonne’s near-fatal shooting by Richard Gettis. Caroline was too occupied administering first aid to Yvonne and the also-shot Sarah Whitney see what became of Simmone.

Simmone was present for the dinner at Commander’s Palace some months later to celebrate Yvonne’s and Sarah’s recoveries. She asked Caroline to carry her inside but otherwise seemed well-adjusted, until a car backfire reminded her of the shooting and reduced her to a sobbing mess. Her mother Abélia fed her some medication and took her away until she calmed down. Yvette told Caroline in the bathroom that Simmone had to be removed from McGehee (she was now home-schooled) because she suffered crippling anxiety attacks when separated from their mother, and was now too frightened to even sleep in a bed by herself.

Cécilia and Caroline brought Simmone to the latter’s 26th birthday part to re-acclimate her to social outings without her mother. Simmone had a meltdown but made it through the evening.

In 2007, Emmett Delacroix encountered a two-year-old Simmone nursing from her mother’s breast. He fled from the room in terror upon realizing the “woman” was something other than human.

Simmone continued to make gradual progress towards overcoming her separation anxiety with Caroline’s help. She confessed to the Ventrue that she was scared Cécilia would no longer have time for her after getting married to Luke Malveaux.

After Philip Maldonato destroyed Abélia’s corporeal body in Perdido House, Simmone woke in her bed to find her mother gone. Caroline, newly brought into the family, helped Cécilia to comfort the hysterical child back to sleep.

After Abélia returned to her family, she had Caroline ghoul Simmone so as to prevent her from growing up—by the Devillers matriarch’s estimation, it was too difficult for Simmone, so she simply shouldn’t have to.

Simmone stayed glued to her mother’s side throughout the day. Several more disturbances resulted in her having more tantrums and meltdowns. Caroline concluded Simmone was developmentally stunted and needed someone to be firmer with her. She and Cécilia resolved to drag their youngest sibling into adulthood, kicking and screaming if need be.

Celia Flores did up Simmone’s face with makeup the next day for her (at-home) ballet lesson with Diana Flores and several other children. Caroline and Cécilia were glad to get the ten-year-old socializing with people outside of their family. 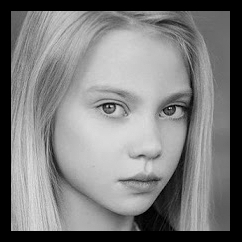