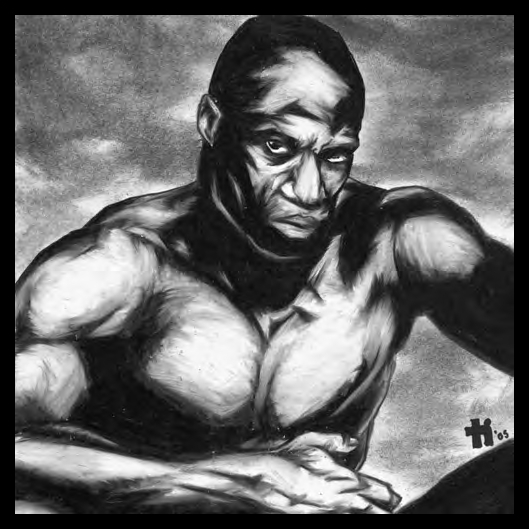 Shep Jennings is a large and powerfully muscled man with a long face and full lips. He was Embraced with what would be considered an astoundingly unstylish hairdo today, so the first thing he usually does upon waking each night is to shave his head bald. (He thinks going bald makes him look more imposing, anyway.) He usually dresses in plain work clothes or gray denim and steel-toed boots, sometimes dispensing with shirts to show off his imposing physique.

“I did more for the Russian serf in giving him land as well as personal liberty, than America did for the negro slave set free by the proclamation of President Lincoln. I am at a loss to understand how you Americans could have been so blind as to leave the negro slave without tools to work out his salvation. In giving him personal liberty, you have him an obligation to perform to the state which he must be unable to fulfill. Without property of any kind he cannot educate himself and his children. I believe the time must come when many will question the manner of American emancipation of the negro slaves in 1863.”
Tsar Alexander II of Russia to American banker Wharton Barker on August 17, 1879

Shep Jennings wasn’t born a slave, but he was born during Reconstruction as the next-closest thing. His parents were former slaves and raised him on stories of toiling beneath an overseer’s lash, and Jennings’ life as a “freedman” was little kinder. He never went to school and picked cotton on the same land they did for a mere pittance of pay. After his father was lynched by the Ku Klux Klan, he had to work twice as hard to help provide for his mother and younger siblings. Jennings likely would’ve died in ignorance and poverty, perhaps even a lynching victim himself: he could never curb his tongue around white men after what happened around his father, and was beaten within an inch of life on several occasions. It was after one such attack that his sire found him.

Jennings’ Embrace freed him from the yoke of financial debt to white landowners, as well a the threat of further violence, but the elder-dominated All-Night Society proved no less oppressive in its own way. The fledgling Brujah swiftly gravitated towards the South’s incipient Anarch Movement.

Jennings came to New Orleans during the 1960s, just in time for the Lancea et Sanctum to crush the Savoy-backed influx of Anarchs from the California Free State. Surprisingly, Clan Brujah’s newly-elevated primogen Coco Duquette extended an olive branch to any of the humbled survivors who wished to make their new homes in the city (or who simply didn’t fancy their odds of escaping the prince’s enforcers unscathed). In return for laying down their arms and working to advance the Anarch cause from within the Camarilla, Coco would vouch for their characters to Prince Vidal and argue for clemency. Jennings accepted his French clanmate’s offer, but soon soured to her way of doing things. Not content to merely fight against Jim Crow, he wanted to take the battle to the Kindred elders whose manipulations enabled and profited from unjust social establishments.

Any gains Jennings made during the first thirty-odd years of his campaign proved either too minuscule or too temporary to have much impact in the long run. Before long, the oppressive weight of the Lancea et Sanctum’s influence would inevitably bear down, crushing what few advances he had achieved. Frustrated, he turned towards increasingly violent and thuggish means to achieve his ends (as much as he could without violating the prince’s amnesty), and developed a chip on his shoulder towards seemingly every elder in the city. His face soon became unwelcome at Elysium.

Jennings was among the Anarchs who fled to Houston during Hurricane Katrina and subsequently returned to New Orleans. His experiences in Texas seem to have straightened out his act. Upon returning to his adopted home, Jennings founded a new krewe (Katrina having forced the disbandment of his old one), the Night Axles, with himself as the leader. He began to play in earnest at prestation games, established a mortal influence base, and courted new Kindred allies. The city’s post-Katrina political landscape offered an abundance of new opportunities, and where Jennings’ overtures once met only stony silence, he began to find amenable if not openly agreeable hosts. The overall impression, at least politically, is that Shep Jennings has finally learned how to play Kindred politics.

In addition to his activities among the Anarchs, Jennings is a known car thief who runs a no-questions-asked chop shop that does frequent business with Kindred who need inconvenient cars disposed of. Vampires are always leaving behind bodies that come with inconvenient cars in need of disappearing. The Brujah claims his chop shop is the most efficient one in New Orleans: his clan’s preternatural speed lets him disassemble cars in a mere fraction of the time that it would take mortal car thieves, while most other vampires lack Jennings’ automotive knowledge and facilities. In his spare time, he is also active in New Orleans’ drag racing circuit.

Jennings threw his new weight against the prince and Coco Duquette during the Matheson scandal, and he is now the second-most prominent of the “New Anarchs” (after Veronica Alsten-Pirrie) who defected to Antoine Savoy’s side. Popular rumor now places the Brujah and Alsten-Pirrie as lovers. The lewdest ones place Micheal Kelly, Veronica’s humiliated former paramour, as the pair’s “bitch.” He is supposedly not allowed to regrow his castrated genitals and made to wear a dress.

Unknown. Like many Brujah, Jennings prefers to be judged by his own name and deeds. 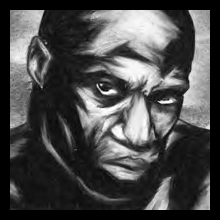