Sheila was Embraced well into her 30s, somewhat on the older side for a Kindred. Her face has lines that look like it’s seen more scowls than smiles over the years. Her eyes have little warmth. She kept her dirty blonde hair cut short while alive and hasn’t once changed her hairstyle in the decades since her Embrace.

Sheila doesn’t pay much thought to fashion. She usually dresses in lighter button-ups and darker pants that are equally wearable as smart streetwear or business casual. Kindred don’t secrete bodily fluids or produce odors, so she’s apt to wear the same clothes for days on end. That includes to bed—Kindred don’t move during daysleep, so her clothes don’t even get wrinkled. If she wants to take things up a notch, she’ll throw on a blazer. She never wears skirts or dresses and rarely bothers with makeup or jewelry.

Sheila was a self-made woman. She came from a lower-class Texan family with too many kids that was always one missed rent check away from the trailer park. Sheila wanted better. “White trash” like her didn’t check as many diversity quotas for scholarships, so she put herself through school by selling her body. Her personality didn’t leave her much in demand by clients—too brusque and businesslike—but it paid better than a minimum wage job at O’Tolley’s.

When Sheila graduated with a degree in electrical engineering, she refused to take a job at a corporation that would retain the rights to her work. She continued moonlighting as an escort, lived frugally, and scraped together enough start-up capital to found her own company. She put in twelve years of grueling work hours that left little time for friends or dating. Her perseverance finally paid off when her company landed a lucrative contract with the military to produce computer components.

Her success drew the eye of Robert Landau, the Ventrue prince of Gulfport. Robert wanted a childe who understood modern technology and the economics around it. He’d followed the careers of Sheila and several other individuals for some years, waiting to see which candidate would prove themselves the most worthy. Sheila, who’d built her company from nothing, won out. Robert invited her out to Gulfport and approached her Embrace like a business venture, detailing the offer and what it would entail.

Sheila thought things over for a few days under her would-be sire’s watchful eye. Becoming Kindred seemed like a golden opportunity. She and her family didn’t speak much these days—they were always hitting her up for money—so she wouldn’t miss them. She didn’t have a husband or kids tying her down. At last, she shook Robert’s hand and said they had a deal.

She didn’t know any better when he explained that she’d have to drink his blood over three nights.

Robert hadn’t counted on the fact that Sheila had never been in love before. The fledgling Ventrue mistrusted her own emotions and made surreptitious contact with other Kindred in the region. When she discovered what Robert had done to her, she trashed her haven in a frenzy, then bought a .44 magnum to pump his skull full of lead. She got as far as his haven’s front door before she froze up, unable to raise hand against her sire. For the first time in her life, her strength of will failed her.

Unable to directly rid herself of the sire who’d enslaved her, she sought to distance herself from Robert. While she knew he’d never let her return to Texas, she convinced him that she’d make a useful agent in Baton Rouge—it was, after all, Louisiana’s technology hub—and relocated to the city with his blessing. She established a new branch of her engineering company and built up a prosperous domain over the next six years.

Alas, Lawrence Meeks’ coup d’etat during Hurricane Katrina made the state capitol very unwelcoming to Ventrue. Meeks distrusted the clan and accused Sheila of conspiring against him. She fled with the prince’s hounds nipping at her heels and barely made it back to Gulfport. Robert thought it would be better to keep her close after that.

Sheila languished in Gulfport for the next decade until Philip Maldonato reached a deal with her sire in the aftermath of the 2016 Battle of the Arts District. Antoine Savoy’s position was stronger than ever and rival Kindred influence was needed to counteract his. Sheila and several other Ventrue relocated to New Orleans, setting up domains in the Central Business District. As far as she’s concerned, it’s a significant improvement over her previous home, even if it isn’t without danger. She knows her elders are using her, but as long as she knows how and still profits, she doesn’t much care.

Sheila holds domain over her engineering company’s offices and some surrounding land in the Central Business District. She finds Maldonato a fair enough regent, but isn’t otherwise attached to him. Theirs is a business arrangement. (Domain •)

For decades, Sheila continued to simply run her company, Altitude Systems, as herself. That was easy when she did so from a distance and didn’t have regular contact with its employees. After she left Gulfport in 2016, she decided to “retire” and passed off the business to a fictional niece, Felicia Hendricks. She figured Altitude’s relocation made even more sense with new blood at the helm.

For decades, Sheila retained control of her company from afar and kept a careful eye on the actions of its leadership. She’d been forced to leave things in the hands of her underlings and rely on regular reports to keep on top of things. Since moving their primary office to New Orleans, she’s gotten much more involved in the night-to-night details of things and is predisposed towards micromanagement.

Outside of her company, Sheila has a fair number of contacts in the military technology sector after 20-plus years in the business. She’s got a fair number of lucrative contracts behind her.

Sheila might be the childe of a prince, but her sire is also a “couch prince”—the ruler of a backwater domain whose denizens could (allegedly) all meet on his living room couch. Having spent the majority of her Requiem in such a backwater, Sheila doesn’t have a lot of prestige. (Camarilla Status 0)

She has more respect among the Invictus, where she’s helped expand their power into the CBD. Her own money and influence talk louder in the temporally focused covenant. The First Estate also doesn’t completely dismiss that her sire runs Gulfport for them. (Invictus Status •)

Sheila’s recent actions count for less among the Kingship Clan, since Vidal already controlled the CBD. Sheila’s lineage as the relatively weak-blooded childe of a petty prince doesn’t count for much, either. (Ventrue Status 0)

Sheila is childe to Robert Landau, the prince of Gulfport. Landau’s full lineage is unknown to New Orleans writ large, though has presumably been disclosed to the city’s Ventrue—a clanmate who can’t recite an unbroken lineage all the way back to Caine is an embarrassment. 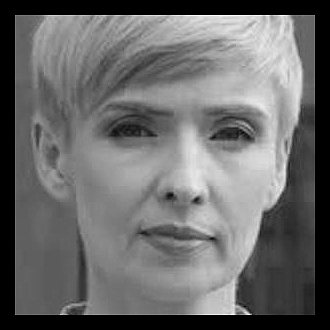