Last scion of the Whitney family 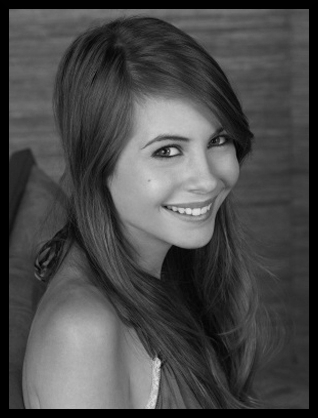 Sarah is a gentle-featured girl in her late teens with soft brown hair, pretty features, and hazel eyes. At 5’2" she’s one of the shorter students in her class. She’s equally happy in casual or formal wear and rarely complains about her school uniform.

Sarah Whitney is the only child of Warren Whitney III, as well as the sole heiress to her family’s name and fortune. She grew up in the shadow of her aunt Rebecca’s tragic death, who was killed in 2003 by a drunk driver during her senior prom. Sarah was six at the time. The loss hit her family hard and her grandfather Lyman hardest of all. He never recovered from his daughter’s death and grew very close to Sarah as a result. Many people thought he was scared of losing her like he’d lost Rebecca. Sarah, for her part, appears closer to her grandfather than her father Warren. He’s a semi-present figure in her life and shows up for social functions a father is expected to be present at, as well as the occasional restaurant lunch or dinner, but they don’t live together. His playboy lifestyle isn’t the most child-friendly.

It’s unknown who Sarah’s mother is. Sarah and the other Whitneys rarely talk about her, though they use the present rather than past tense when they do. They grow evasive about the subject when pressed.

Sarah is currently a junior at the McGehee School for Girls and very popular there, but prefers to play the social beta and let her friend Susannah Kelly claim more spotlight than she does. She plans to run for vice president of the student government alongside the McGehee senior. Susannah, Mackenna, and some other junior girls are her primary clique, but she remains good friends with the Devillers siblings. She’s lived on her own since she earned her driver’s license in an apartment paid for by her family, which even her privileged peers are jealous of.

Amelie Savard met Sarah during several classes they shared at McGehee. Sarah acted friendly towards her, but conspired with Yvette Devillers to play a malicious prank on their socially outcast schoolmate at the historic LaLaurie House. Sarah was the brains behind several ideas such as using LSD pills that looked like medication tablets, and kept up the deception and pretended to be nice to Amelie long after Yvette stopped bothering to hide her contempt.

Caroline Malveaux saved Sarah’s life after she was shot by Richard Gettis at the subsequent Eighth District police station shooting. The teenager lost so much blood that doctors feared she’d suffer anoxic brain injury when she woke up. She was placed in a medically induced coma to relieve swelling in her brain.

Sarah was still in a coma when Caroline last heard from the Whitneys.

Caroline heard that Sarah had emerged from her coma and was on the road to recovery, much to her family’s joy. Sarah was not yet receiving outside visitors.

By December 2015, some four months after the shooting, Sarah had made an almost complete (if not near-miraculous) recovery. Many of her doctors had expected she’d wind up a vegetable or a mental two-year-old.

Caroline later learned from Marcel Guilbeau that John Harley Matheson was the centuries-long patron of Whitney Bank and claimed its eponymous family as his domain. This somewhat cooled Caroline’s relations with the Whitneys, as her relationship with Matheson was far from trouble-free and she doubted the elder Ventrue wanted her to interfere with his property.

Becky Lynne Adler still informed Caroline that her sire would allow her attend the celebratory dinner thrown by the Devillers and Whitney families to celebrate their daughters’ recoveries. Sarah was in good spirits and wasn’t ashamed to admit she’d not been herself after coming out of the coma and had to re-learn basic motor and speech skills. She also mentioned using the experience of her shooting in college application essays and had started dating Charles “Chuck” Pavaghi, who she met in the hospital. Her grandfather did not appear to approve of her choice in the noveau riche and almost decade-older lawyer.

Caroline invited Sarah to her 26th birthday party. Sarah was more than happy to attend and made plans to attend the self-defense lessons Caroline was offering Yvette and Yvonne Devillers.

Becky Lynne, however, informed Caroline that her sire was displeased by this fact and Sarah’s continued enamorement with the Ventrue who’d saved her life. Matheson instructed Caroline to break off ties with the Whitneys. Caroline reluctantly did so by sexually harassing and verbally belittling the teenager, who initially forgave her. She bad for how much effort it took until Sarah finally left her alone.

Yvette Devillers mentioned Sarah had broken down crying in the bathroom at McGehee over Caroline’s treatment of her. Yvette was happy to defend her new sister and volunteered to spread cruel gossip about Sarah. Caroline endeavored to talk her out of it. 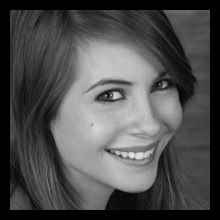