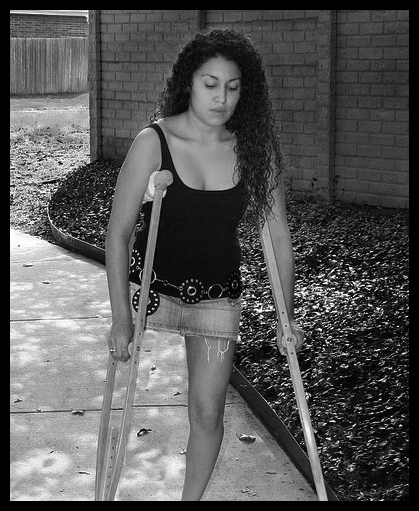 Samantha Hingorani was the name on the tag on her first diaper. Her parents were a bloody smear along the floor and the snaggle-toothed fuck who picked her up and patched her up named her what he found written on the diaper. Not that she isn’t grateful, of course. Her life couldn’t be better, aside from how she’s scared shitless to leave the house warded to hell by blood magic against people (and things) that might break in. She has a shotgun by her bed and set of crutches for the missing leg. Life’s a bitch, ain’t it?

To understand why, the story of Samantha Hingorani’s (“Sam” or “Sammy” to her friends) life has got to be peeled back. Her father was Indian, her mother was a Louisiana native, and she already spoke two languages when she was four years old, English and Hindi. Their family was in a bad place at a bad time—Morgan City, LA, when Hurricane Andrew made landfall. A tree fell onto their old rental house, already long overdue to be condemned, and her parents died shielding her—or at least most of her. If Content Not Found: jacob-gunewald hadn’t been in the city to help survivors, who knows what would have happened?

The Tremere took the orphan into his care and pushed her to learn more languages. She eventually turned into a full-blown linguist, making money online translating anime when she was in her teens, and official documents now that she’s older (though she’d probably still do the anime in her spare time, if she had any). Content Not Found: jacob-gunewald_ started having her translate confusing old books around the same time he made her a ghoul and revealed what he was really. Now she’s basically a full-time housewife with a part-time job, hobbling around the house on crutches taking care of the other brats Content Not Found: jacob-gunewald_ takes in for any amount of time. The only job she doesn’t (always) have to do is fix dinner, which Content Not Found: jacob-gunewald likes to do when he’s home. Speaking of dinner, she’d be lying if she said she didn’t enjoy her monthly feeding time. Her savior’s and master’s blood made all other food taste like Costco macaroni and cheese the first time she tried it. She still craves the vitae like hell, and when Jacob needs a snack it’s almost too much for her.

Samantha was recently killed after her domitor disclosed his haven’s location to known psychopath and cannibal Bobbi Jo Boggs and asked the Giovannini to help look after his unruly wards.