“You know why it has to be you? Why I need you for this movie? It’s because you don’t stop. You won’t let yourself. You’ll get what you want and you’ll step on anybody you need to get there. I see it, in your eyes. You’re a goddamn menace, Sami Watts.”
Emmett Delacroix
“Money agrees with her.”
Christina Roberts 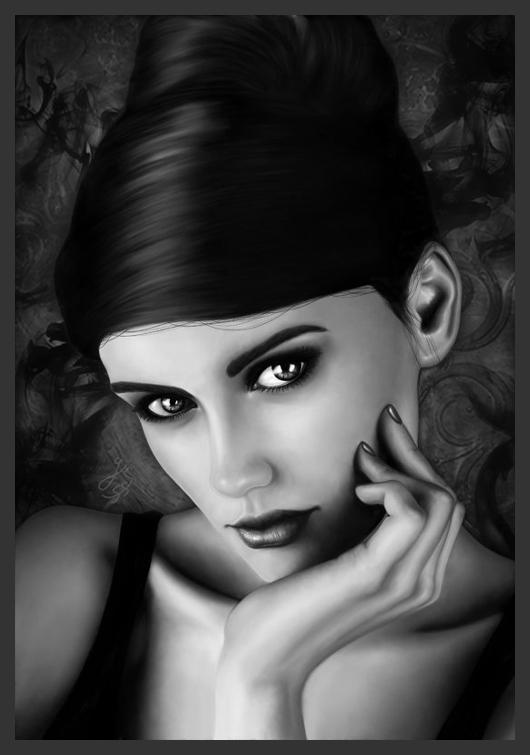 Sami Watts has a narrow nose, straight-angled face, somewhat plain brown eyes, and pale skin. Her features are cute, even comely, though just a little on the ordinary side. It’s the kind of cute someone sees on a lot of faces. She usually wears her long black hair in carefully arranged honey buns and ballerina buns to keep it out of her face, though when she was younger she liked to leave several strands loose to frame her cheeks. She spares no expense when it comes to clothes and favors fashionable eveningwear imported from France and Italy.

“You want to know why I care about you? It’s because you’re a fucking awful person, and that reminds me of myself. I bet you learned how to lie to your mom pat before you got your first period. Bet daddy would buy you almost anything if you asked nicely enough, but it’s more fun to take it from some mope with more head in their pants than on their shoulders. How’s all that mystery working out for you? Think I don’t know who you are? Sami, you vicious bitch, you showed me exactly who you are in less than ten minutes."
Emmett Delacroix
“My dad wouldn’t buy me SHIT, asshole! I had to beg! I had to whine! I had to say ‘please, Daddy’ in that stupid voice! I get SHIT! Girls like Cécilia get everything and I—get—SHIT! […] I had to BEG to get into McGehee! Just for a SHOT at what she has! I BEGGED! They said sure, they’d use my COLLEGE FUND! NOW I had my shot, and YOU fucked up that, and the only reason I’m not putting a bullet in your fucking head is you’ll FUCK UP MY LIFE EVEN MORE THAT WAY, SO I CAN GO TO JAIL FOR TWO FUCKING MURDERS!”
“I DESERVE BETTER!”
Sami Watts

Born in 1989 to a middle-class family in Metairie, Sami’s father made a painfully average “we’re not made of money, sweetie” income as an accountant for OrthoSynthetics, a dental practice management firm. Sami would sometimes make fun of her father’s job to friends with, “They’re not even a real dental firm. They just manage finances for other people, and for some reason they only do that for dentists.” Sami’s mother was a housewife who seemed exasperatingly content with her lot in life. The older woman wasn’t even worth making fun of: the only thing that disgusted Sami more than her mother’s lack of ambition was how “she couldn’t even try to look like less of a pig by putting down the ice cream during those stupid I Love Lucy marathons.”

The younger Watts’ only escape from banal suburbia came during the occasional weekend getaway to the French Quarter. Next to “eat your spinach and be in bed by nine” Metairie, the Big Easy was a slyly winking courtesan promising the night of one’s life. When Sami was 14, she happened to witness a prostitute’s corpse (if the sick jokes responders were making about it was any indication) getting wheeled out of the Hotel Moteleone on a stretcher. The paramedics blasely remarked how NOPD would always understand “accidents happen” for as long as the man in the hotel suite kept furnishing them with bribes.

Sami’s friends were horrified when she repeated what she’d heard. Sami, though, was spellbound.

Sami Watts had gotten her first taste of more.

Sami wheedled her parents for months to send her to the McGehee School for Girls, one of the most exclusive private schools in the state. She gritted her teeth when they “relented” by saying they’d use her college fund to pay the $20,000 tuition, but still regarded the school as an investment. Sami hadn’t been born to the kind of money that could get away with sending dead sex workers out of hotel suites: the best she could hope for was to saddle up to it and mooch some off for herself, and she certainly would’t be able to make those kinds of friends in Metairie’s public school system. Once Sami rose to the top of the social pyramid at McGehee, she’d have it made.

Alas, Sami wasn’t the first middle-class girl who’d transferred to McGehee for high school. They were relatively common, in fact: plenty of comfortably middle-class families had compared McGehee’s tuition to college tuition and concluded they’d save money if their daughter did well at the prestigious high school and qualified for a good scholarship. Other girls had ambitions that were similar to Sami’s but smaller in scope: they just wanted to increase their odds of getting into an Ivy League college. The girls who’d been born to the kind of privilege that didn’t worry about money and who knew their spot in the Ivy Leagues was assured quietly laughed at those pretenders. Sami would never stand out at McGehee. Her future had been hamstrung before it could even begin.

She consigned herself to befriending the girls at the top and biding her time.

The time at McGehee still counted for something in the end. Good grades at a good school got Sami a good scholarship to a good college: Tulane University. Sami supplemented her scholarship money by working as an escort for Christina Roberts. The student aid only covered so much and she was hungry to enjoy the high life. Escort work turned out to pay very well for an enterprising girl with the right talents, and Christina was gratifyingly supportive of her employees’ ambitions. Neither they nor Christina wanted them to stay in the business for good.

Sami lived comfortably seeing wealthy clients for the next few years. She even became Christina’s most sought-after escort until she hit jackpot in 2012: Robert Argabrite III, a recent heir to his family’s $300 million fortune after the tragic deaths of his parents. The devastated young man was just what Sami had been waiting for. She said all the right things at just the right moments, and it didn’t hurt either that she pleased him in all the right ways. Robert was nervous when he got down on one knee to offer Sami a diamond ring, but it wasn’t because he was going against the strongly-worded advice of his parents’ lawyer and oldest friends. He was worried she might feel like this was happening too fast.

He should have been worried she’d wanted it to happen faster.

The newlyweds enjoyed an unforgettable honeymoon together in Veracruz, Rio de Janeiro, and the Peruvian Amazon. Less than 24 hours after their return flight touched down in Louis Armstrong Airport, Sami found an excuse to get Robert out of the house, packed several suitcases into her sports car, and never looked back. Her lovestruck new husband, still dreamy-eyed with fantasies about their future together, couldn’t have been more stunned when the parish sheriff served him the divorce papers. The next time he saw his wife was in a courthouse, wearing dark sunglasses to hide a black eye he knew he hadn’t given her.

The legal proceedings were bitter but one-sided. It didn’t matter how many times Robert’s attorney had previously brought up the words “prenuptial agreement” when Sami had convinced him that signing one would’ve been “setting our marriage up for failure.” His teary-eyed wife’s allegation of domestic violence was the maraschino cherry on top of the shit sundae her lawyer served. In the end, Sami soon-to-be-Watts-again (she’d already started the paperwork to change back her name) walked away with half of the Argabrite family fortune to the tune of $150 million.

In the years since her 2012 divorce, Sami has enjoyed the high life in a ritzy penthouse. Most of the city’s elite regard her as a usurper and are less than convinced her ex-husband abused her. Still, money talks, and she’s had significant success integrating herself into social circles. She also maintains a cordial relationship with her former employer Christina Roberts. The madam appreciates having a friend in those same circles who doesn’t look down on her for what she is.

Now that Sami has money, she’s been “free to finally pursue the things I want out of life.” Her major in college was art history (something that helped her “make thoughtful conversation” as an escort) and she’s since developed a particular taste for Mezzo-American art, as well as strong ties to the city’s Latin arts community. She likes it for its “spice” and has taken more than one vacation back to the countries where she and her ex-husband honeymooned—so much more enjoyable without him around. She’s also taken up flamenco dancing and found most American men can’t get enough of it, or of her. Indeed, now that she’s no longer pursuing men for reasons so crass as money, Sami lives for the thrill of the seduction, the chase, the game. She’s a near-irresistible flirt and few people would guess her painfully ordinary middle-class upbringing. It’s been close to a decade since she spoke to her parents.

GM’s Note: Spoilers for the adventure logs follow in Story Eight and below.

Emmett Delacroix had a previous relationship with Samantha Watts before she struck rich and asked Christina Roberts during a lunch how his ex was doing. The conversation went downhill from there, with Em later reflecting that he wouldn’t be able to get rich “by sucking cock” like Sami did.

In 2007, Sami was a senior at the McGehee School for Girls. She danced and flirted with Arthur Dolan at a school dance before drinking the last of the booze from his hip flask. She auditioned for Emmett Delacroix’s movie, knowing that he was Cécilia Devillers’ boyfriend. After failing to seduce him, she gave him a spiked drink and raped him as he passed out, intending to use the pictures she snapped to screw with Cécilia and knock the queen bee off her social perch.

In retaliation, Em lured Sami to a Mafia photo shoot at Giacona Manse where she was brutally gang-raped by Ricky “Cash Money” Mouton and several other men before being nearly killed trying to escape. Emmett’s subsequent crisis of conscience led the pair to kill two of her rapists, forcing them to work together in the aftermath to avoid being arrested for murder.

Sami next encountered Em in the mutual employ of Christina Roberts. Em, fraught with guilt over his previous actions and increasingly mired in depression and self-loathing following his estrangement from his parents, purchased a date from Sami in return for a sports car. Sami admitted the rape had “fucked up my life in so many ways”, including forcing her to get an illegal abortion (she’d have needed to get her parents’ consent for a legal one) whose complications left her unable to have children. Sami was unsure whether she’d even wanted any, but resented having the choice taken from her. The two continued an on and off increasingly emotionally abusive relationship for some years before Sami finally struck it rich.

Em might have been able to overlook Sami hitting jackpot before he did.

But hearing she was finally happy was the real kick in the balls. 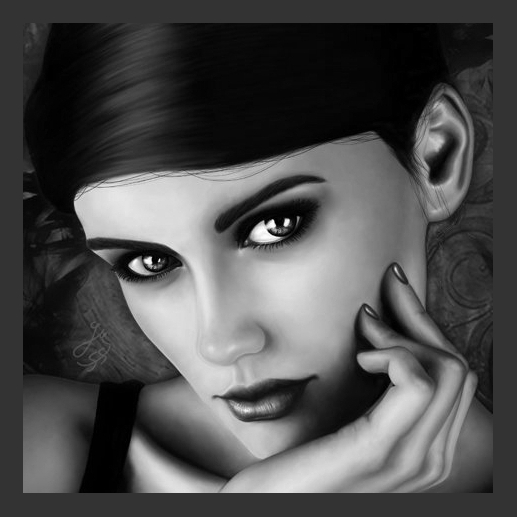