“How can someone so smart be so absolutely ass with people?”
—Jade Kalani

“Do I need to break it down into smaller words, or are you capable of following the basic instruction I’ve given you?”
—Rusty Dufresne

“You know what lasts longer than beauty? Being smart.”
—Rusty Dufresne to Reggie and Randy Dufresne 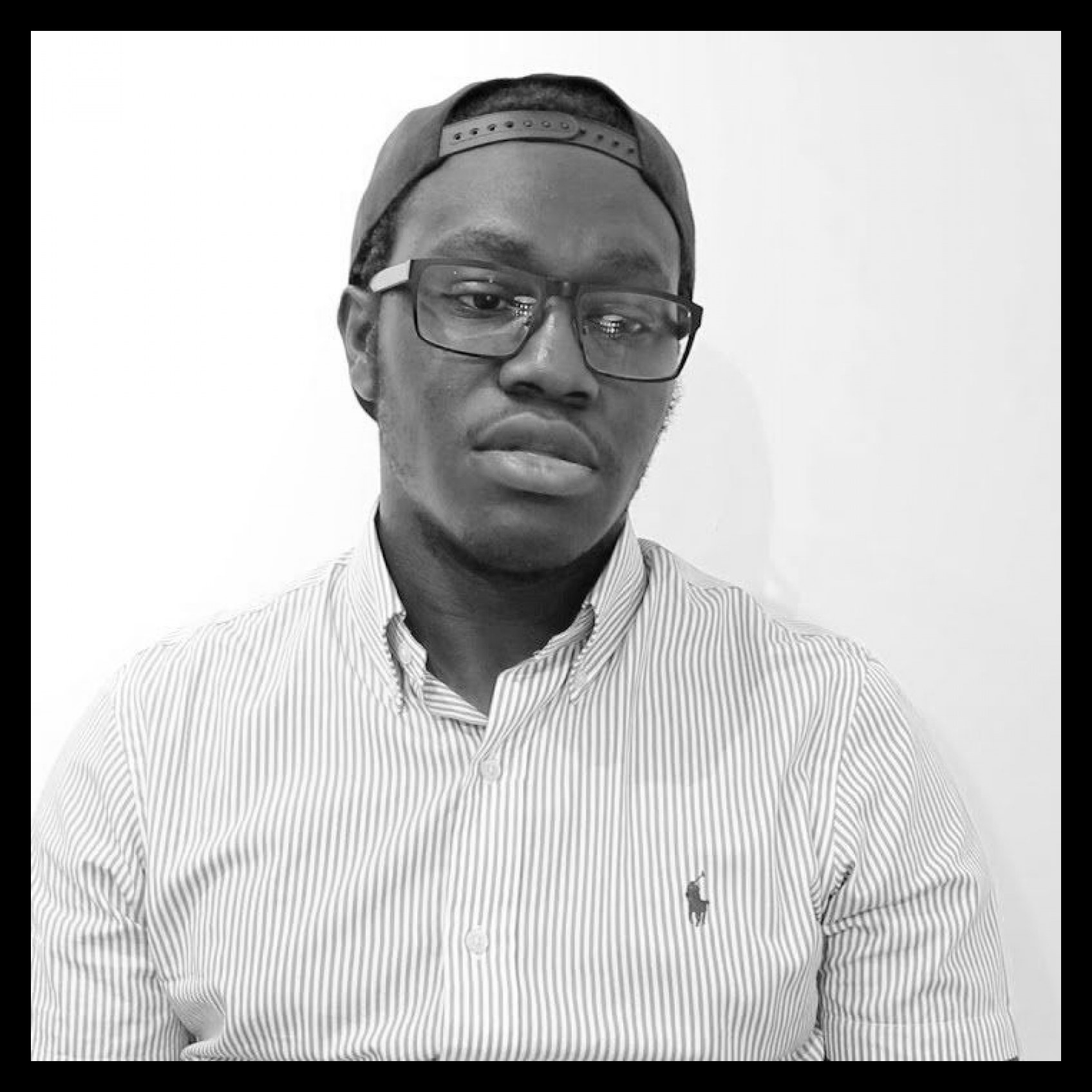 Rusty has always been the odd man out. His siblings look more like his parents than he ever had (Arnold was apparently quite a looker in his youth, or at least had the same sort of build that Reggie was blessed with and that forgave any umbrage people took with the rest of him), but Regina says that Rusty “takes after his grandfather.” Maybe it’s the disease, or maybe he’d have been born average anyway to make up for the fact that he’s smarter than everyone else in the room. Rusty doesn’t come close to the six-odd feet his brothers both claim, and while his arms and chest were always larger than they might have been if he hadn’t been confined to a chair, they’re not the hulking monstrosities of Reggie or even Randy. He’s a little thicker than his brothers, with a smattering of facial hair that never quite looks right, a rounded jaw, and the “stereotypical lips and nose of your race,” someone once said.

Or at least that’s what Reggie says about his “older brother,” that he came out crooked with twisted little goblin legs and a head too big for his body. Only 2.5 pounds, he says, but at least two of those were his skull and brain, and the rest of him was a stunted little runt.

Rusty was always small for his age. He spent a handful of days in the NICU after his birth to get up to weight, but he’d never manage to catch up to Reggie or Randy in size. And he was crooked: his spine, his legs, the very nerves that ran through his body. By the time he was five he’d had a series of surgeries to correct the kink, but he’d never walk right on his own. He never said that he minded the cane or the walker or the wheelchair, and when kids like Billy made fun of him for not participating in gym, well, he just put his nose back in his book and let his brother handle that business. He knew he’d be the head of a company some day and the Billys of the world would ask how he wanted his burger.

What Rusty lacked in physical prowess he made up for in mental. He took to books like a monkey to trees, and it wasn’t long before his teachers pushed his parents into letting him into the G&T program. They didn’t want his mind to go to waste if he had to languish behind with the other, normal kids. That was when he found his people: other smart kids like him that didn’t care much for socializing or idolizing the next professional football player, they had things to learn thank you very much. One of them—Sally Windorf—even lent him her comics about that mutant in a chair with the big brain powers. He and Sally were pretty tight after that, two black geniuses in a room full of white morons, they liked to say.

The Loss of Arnold

Rusty was at home with his mom when the call came about Arnold. He and Regina rushed to the hospital to find Reggie lying broken in bed, and he questioned the doctor extensively as to the damage done and the road to recovery.

“You’ll learn to how to walk again,” he said to Reggie when his brother woke up. And he did. When Reggie got fed up with the physical therapy and medical appointments and wanted to throw in the towel, Rusty was there to remind him of all he’d have to lose if he didn’t go. Rusty pushed and pushed until his brother got back to his own two feet.

He’s never said, but Rusty thought it was nice when he wasn’t the odd man out for a while.

Rusty never blamed his brother for what happened with Sally, but after Reg took her to junior prom when she started making eyes at him he’d decided that he’d had enough “love” to last him a lifetime. ”It’s not like your dick works anyway,” Randy said in what he evidently thought was a helpful moment. Rusty just whacked him across the shins with his cane and rolled away.

Out of the three, Rusty was the only one to go to college. He had his choice of schools after graduating top of his class, but he stayed local and went to Tulane while he helped his mom bring LegalWings into the 21st century. He scoffed at the idea of taking tech classes in this “backwards, cesspool state” and said he was already ahead of where anyone at the school was. Instead he took a double major in Criminal Justice and Business, figuring it a better fit for his spot at the bail bond company.

For years he was content to be the man behind the keyboard.

Everything changed when his brother brought home the most beautiful woman he’d ever laid eyes on. Objectively, of course; to Rusty she was just another skirt that would wring her brother for all he was worth before skipping off on her merry way, leaving Rusty to pick up the pieces. Again.

To his surprise, it was Reggie who took him to see her at the spa. She had him tell her about his “injury” (as if a neuromuscular disease he’s had since birth is an injury), told him there’d be a little bit of pain (as if that’s new, he’d scoffed), and CRACK! He flinched. For a moment he was paralyzed. He couldn’t feel anything. She’d broken him even more than he already was, and his body flooded with rage. He shouted, she shushed him, and a second CRACK split the air. Reggie came running—just in time to see Rusty take the first steps he’d ever taken on his own two feet.

They both took what she offered after that.

She fixed up a few of the flaws on his face that had always secretly bothered him, but he drew the line when she offered a full makeover. Still, he let her fix his eyesight (and he’s never said how absolutely terrifying it is to be blind for those long moments while she worked on his cornea) and take off a bit of the excess chub he’d put on for being confined to a chair.

His brothers were muscle, but Jade had more in mind for the brain. She expected him to get into and stay in shape, to train with the same firearms and weapons and fists that his brothers were so good at, but beyond that she spent far more time with him than she did the others. She taught him a handful of tricks that none of her others had been trusted with, and when he’d gone beyond her capacity in certain areas she passed him off to another teacher. He took to it quickly.

He’s not in love or lust with her like his brothers are—they’d tried once and while she’d made it good for his first time it had still been a little weird for both of them—but there’s still a fierce, quiet loyalty for the woman who gave him back the ability to walk. 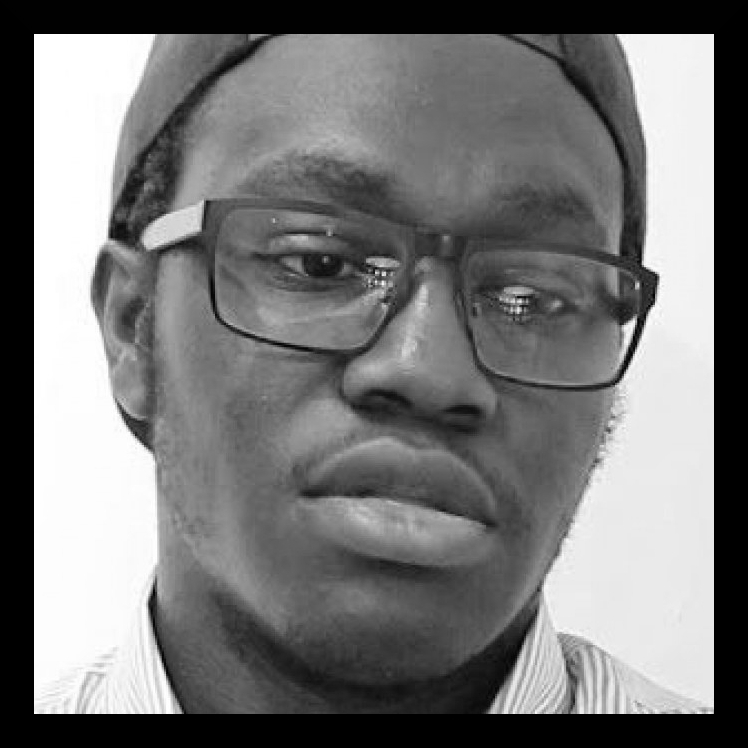