Roxy has short, dark hair with lighter bangs, thick eyebrows, and a pug nose. Although Embraced in her late teens, she eventually grew annoyed at how much less seriously it caused people to take her. She can pass for as late as her early 30s with some time to do her face. She prefers to wear loose, casual clothes made from sturdy materials that can survive a beating, but can dress up for Elysium if need be. The only signs of her Gangrel heritage are her large, luminous eyes, which shine red in the dark (in a fashion similar to the eyes of alligators).

Roxandra was born the bastard daughter of an upper-middle class Creole family that claimed to trace its lineage back to the Great New Orleans Fire (one of them), though she could never find any evidence to substantiate this. Her mother was a mixed-race peckerwood Cajun who worked for the Adrieuxes as a nanny. She was raped one evening by Roxy’s father when he’d been drinking and mistook her for his wife. That dalliance resulted in a baby girl.

Roxy’s mother left the Adrieuxes’ employment soon thereafter and tried to make ends meet, but was already struggling without a child. When Roxy turned 10, her mother finally sent her to live with the Adrieuxes in hopes that the affluent family could provide her daughter with a better life. Roxy’s father was less than pleased to discover the girl’s existence. His wife was even less so. Heated arguments followed, but in the end they took the child in. It was the Christian thing to do.

Life among her new family swiftly proved intolerable to Roxy. She went to school at McGehee and came home to a nice house, but her new parents never grew to accept her as their own. Her stepmother eventually couldn’t bear to keep looking the evidence of her husband’s infidelity in the eye. After she got the church to annul their marriage, Roxy’s half-siblings hated their new sister for breaking up their family. Roxy repeatedly sought to run away to her mother, but the woman always brought her back. This pattern continued on and off for the better part of her adolescence.

Roxy was 17 when her latest runaway attempt brought her outside the city. By this point she’d stopped trying to come home to her mother: she simply ran until she was out of money, then wandered the city’s rural outskirts for hours. The bayous were peaceful and were a good place to reflect and cool down before starting the long and reluctant walk home.

One night, Roxy had the terrible sense she was being followed. She thought she was imagining things until she saw red eyes glinting from the darkness, followed by a low snarl that made her neck-hairs stand on end. This time, when Roxy ran, it was for dear life. She ran until she was drenched in sweat and sick from exhaustion, her feral pursuer seemingly always just one step behind. At last, Roxy felt a stabbing pain in her neck, blacked out, and awoke to a terrible thirst.

Roxy returned to the city and fed deeply on her father and half-siblings. Only the fact she’d slaked her thirst on a deer during the trip home stopped her from killing her family outright: instead, she merely left them white-faced and moaning deliriously in their beds. She then stole everything of value from the house and fled into the night.

Her sire revealed himself shortly thereafter and introduced himself as Jared Buckner. He’d watched Roxy during her excursions beyond the city and found himself more and more attracted to the young runaway with each one. Jared was half-Cerokee on his mother’s side and knew how it felt to be unwanted by one’s family. In keeping with the Gangel clan’s traditions, he’d abandoned her to see if she was resourceful enough to survive on her own, and was pleased that she had.

With little else tying her to her mortal life, Roxy had few reservations about becoming a vampire. Her sire took her as his lover and taught her everything he could. Jared had a prominent position in Antoine Savoy’s court as warden of the French Quarter (essentially a localized sheriff), but he’d also formed friendships with Pakachilu, Uriah Travers, and even a local Loup-Garoux tribe. Jared did his best to teach Roxy the benefits of good politics, explaining that his relationship with the Loup-Garoux ensured his favor with their clan’s primogen, Pakachilu, whom he served under as whip. Savoy may have been his principle master, but it never hurt to have more than one patron.

Still, while Jared spent much of his time enforcing Savoy’s laws in the French Quarter, Roxy wanted little to do with her kind’s politics. The Elysium crowd reminded her too much of her father and stepmother. When she wasn’t partying in the Quarter, she spent her nights beyond the city. She roamed with the region’s Gangrel packs, helped her sire try to resolve the frequent conflicts between Kindred and werewolves, and honed her skills as a natural predator in the swamplands. Roxy wanted little else.

Hurricane Katrina brought everything crashing down when Pakachilu was destroyed by assailants unknown. Roxy’s sire, accused of the deed, was executed by Vidal and the visiting Camarilla archons. Roxy fled the city in fear of her unlife. She stayed in the bayous for months, protected by Travers, then moved on to Houston.

When New Orleans’ population rebounded enough for Vidal to lift the Embrace moratorium, Roxy cautiously returned to the city and was received cordially by Antoine Savoy. The prince’s agents seemed to have no immediate interest in bringing her in. She already had some clout among the Gangrel clan, and using that and the lessons her sire had taught her, Roxy reluctantly immersed herself in the city’s intrigue. Travers also seemed to have taught her many of his secrets, and it wasn’t long before her name was favorably spoken of in Elysium, even if some Kindred wondered what price the hermet-like Malkavian had demanded for his aid.

Roxy’s foremost goal was (and remains) the discovery of Pakachilu’s true killer. She felt certain her sire had not slain the primogen; the two had been on good terms for decades. Some Kindred claimed the assassination had sprung out of growing jealousy on Jared’s part; others said Jared had sought to usurp the primogen’s position himself. Roxy denounced both stories as lies.

Tonight, thanks to Travers’ patronage and her own determined investigations into anyone connected to Pakachilu, few Gangrel know as much about the internal politics of New Orleans as Roxy does. She’s known to periodically snoop on private conversations in animal form. Many Kindred think she has ambitions to to become her clan’s primogen once she’s older, if she can get her aunt-in-blood Lidia Kendall out of the way first. (It’s considered unlikely that Caitlin Meadows will ever be interested in the position.)

Until that night, Roxy uses her knowledge as a weapon, and isn’t above blackmailing Kindred (mostly ones not old enough to be confident they could crush her) into doing her various favors. Savoy has happily supported her investigation into Pakachilu’s murder and Peter Lebeaux cooperates with her from time to time. Since the 2015 Trial of John Harley Matheson and talk of Vidal’s impending torpor, Savoy has grown increasingly interested in helping out Jared’s childe. The former warden was well-liked among his clan and the French Quarter. If Roxy can prove a miscarriage of justice, it’ll turn public opinion against the prince that much more—and pull yet another brick from his rule’s increasingly unstable foundation.

Roxy has a modest grant of territory in the French Quarter. The first vessel she slaked her thirst on was an animal, and she’s had a taste (or at least greater tolerance) for non-human vitae ever since. She sometimes lets other Kindred hunt in her domain for favors. (Domain ••)

Roxy doesn’t have any known mortal pawns of note. She’s more interested in her own kind’s politics than the kine.

Roxy has made a minor name for herself among the Camarilla and Antoine Savoy’s faction of Sanctified. She has more respect among the Gangrel for her status as Jared’s childe and her exploits beyond the city, including her efforts to blunt hostilities with the region’s Loup-Garoux. (Bourbon Sanctified Status •, Camarilla Status •, Gangrel Status ••)

Roxy is the childe of Jared Buckner, a former servire under his archon sire who served as Halliburton’s right-hand man, Gangrel clan whip, and later warden of the French Quarter under Antoine Savoy for 100-some years. He was considered a promising candidate to become the city’s sheriff if the French Quarter lord ever seized power. Jared was cilde to Roger Halliburton, an archon who served under a variety of justicars and posed a serious threat to Vidal’s rule during Reconstruction, thanks to his influence over the Union army. Halliburton claimed ignorance of his sire’s identity, citing only “some Injun” who Embraced and abandoned him in the Chesapeake Colonies.

Roxy’s childe Shaun McClain was another teenage runaway who fled an abusive foster home. Roxy took pity on the boy and Embraced him outside the city. Shaun never settled in New Orleans proper, as his sire’s and grandsire’s factional allegiances made it unlikely he would secure Vidal’s permission. He left the region for good during Hurricane Katrina and hasn’t come back. 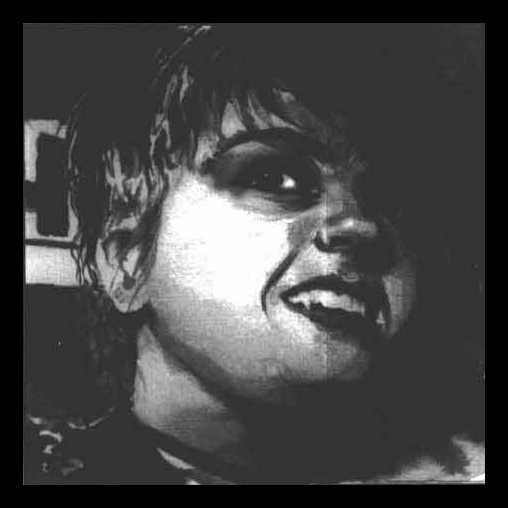