She studies the angelic fiend’s boyish face. He looks even younger than she does. What does he want? What is the end game? His sire’s activities burn in her mind. A mole? A trace? Someone in among the younger less affiliated Kindred… she just doesn’t know enough. Can’t know enough. But whatever his end game… he’s not asking very much of her. Nothing at all, in fact, she had not sought out herself.
—Caroline Malveaux-Devillers

“There are hounds, and there are dogs. The difference is that a hound has not completely forgotten his beast nature. A dog is a housebroken pet. I’m not sure which Agnello is at this point.”
—Jonathan North

“The truth is there is no truth; the world is devoid of any truth. It’s all a lie. We’re all actors. But we all have a part to play.”
—Rocco Agnello 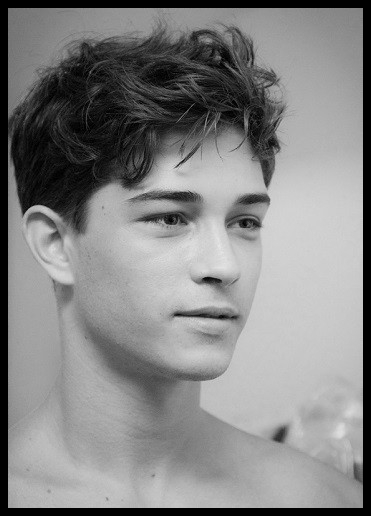 Rocco Agnello is a charming proponent of the Lancea et Sanctum with his striking looks. As a long-standing hound, he is known for his heartfelt yet pragmatic stance on matters of faith, and this militantly purported desire to bring a social conscience to the city’s sheriff’s office has won many hearts among the local Kindred.

There is another reason to know Rocco Agnello, however; the courtly rogue is the progeny of the much-maligned Caitlin Meadows. Nonetheless, the Italian lad appears completely unaffected by his sire’s monstrous indiscretions.

Childe of Caitlin Meadows. Rocco’s sire is New Orleans’ former scourge and one of the most feared vampires in the city. In recent months she appears to have gone rogue. Meadows has never spoken of her sire. Gangrel are notoriously poor at tracking their lineages due to the clan’s habit of abandoning recently-Embraced childer, and Meadows herself may well be ignorant who granted her the Embrace.

June and Cleo are progeny Meadows Embraced in the mid-’80s to help combat the Followers of Set, whose influence greatly benefited from the crack epidemic. They have had little contact with the Kindred of New Orleans and are known to spend much of their time hunting Setites in the bayous.

Rocco’s eldest childe Dahlia-Fleur was an unfaithful pastor’s wife he Embraced against her will. She responded by joining the Circle of the Crone and has proven a continual disappointment to her sire.

Rocco tried again with Andrew Phillips after Hurricane Katrina and believed he had Embraced a budding computer genius. Knowing little of modern technology, he did not realize that his new childe was a simple slob and social recluse who spent all of his time on computers but actually lacked significant technical knowledge of the field. He has also proven a continual disappointment to his sire.