“I think I saw what the last honest detective in the city did last night: he shot two teenage girls in the chest at point blank range in front of a room full of witnesses."
—Caroline Malveaux-Devillers 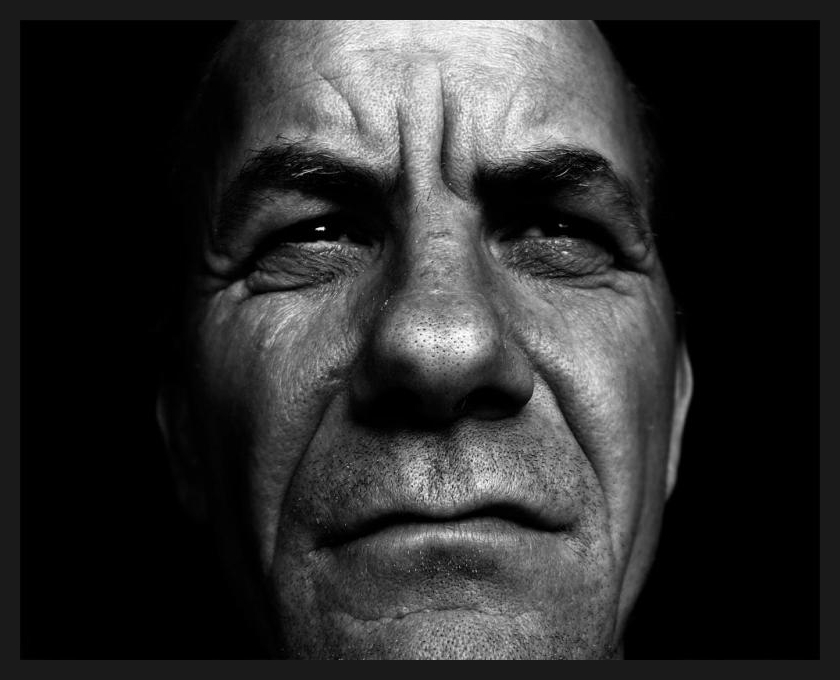 He’s hard. Hard nose. Hard jawline. Harder eyes, colored a corroded iron gray. Skin that’s worn and leathery like a well-used pair of work gloves, crisscrossed with faded scars, pulled taut against gaunt cheekbones. His still-muscular physique isn’t pampered and meticulously maintained like a gym rat’s. It’s weathered. He’s a big man, standing maybe half a head over average height, and is never seen wearing anything besides a scuffed, faded gray trench coat over a plain shirt of the same color. A police badge on a cord dangles around his neck in place of a tie.

Richard Gettis has been a homicide detective in the NOPD for as long as anyone can remember: at least thirty years. He seldom talks about what he was before that. In fact, he seldom talks at all.

Gettis looks the part of the life-long amateur boxer he is and has seen it all in his time. His fellow officers believe that what remains after a lifetime of blood and guts is a construct—a mechanical cutout of a man that exists only to do his job. That job, so far as Gettis is concerned, is putting the city’s vilest degenerates behind bars or in body bags. He isn’t particularly choosy about which. Rumor on the force holds that he has more “justified” shootings on record than any officer in NOPD’s history. No one is really sure. They’d have to break out the microfilm to get to his actual personnel record.

If you listen to rumors, they’ll also tell you that there are only two reasons Gettis hasn’t retired—voluntarily or otherwise. One, he has dirt on every captain or better in the city. Two, no one has the balls to tell Gettis he’s done to his face. Either could be true. Or both. On the case, Gettis is absolutely relentless, more bloodhound than man. He has no family to speak of—half the time he sleeps at his desk.

Gettis was recently removed from duty after shooting Yvonne Devillers, Sarah Whitney, and Mitchel Lowenstein—fatally in Lowenstein’s case. It wasn’t much later that Gettis himself was shot dead by SWAT.

As best as various parties have determined, Yvonne Devillers, Sarah Whitney, and several other girls from rich and well-connected families (including Amelie Savard) spent the night in the reportedly haunted LaLaurie Mansion as part of a school project. Amelie Savard fell while attempting to climb one of the house’s gates in the rain, cracked her head, and lost consciousness. The other girls, who disliked Amelie and had been planning to subject her to a brutal hazing, called an acquaintance whose father was a police officer instead of 911. Emil Kane proved less than willing to quietly take care of the matter when he arrived on-scene, and dialed emergency services himself before giving Amelie first aid. He subsequently suffered a stroke and was found unconscious when responders arrived on the scene. Angry cops arrested all the girls, and Gettis was present for the booking. Calls were made and cooler heads eventually prevailed—or so it seemed.

The girls had scarcely been personally released by the police superintendent himself before Gettis pulled out his firearm and shot Yvonne and Sarah in their chests. The two received life-saving first aid from Caroline Malveaux-Devillers, but Mitchel Lowenstein was fatally shot after Gettis attacked the officers attempting to arrest him and used Lowenstein’s body as a human shield. Gettis managed to escape the police station but appeared to suffer a complete break with reality: he seemingly forgot (or simply didn’t care) that he was no longer a police officer and continued to make “arrests” of lawbreaking individuals, including Emmett Delacroix. SWAT was consequently able to locate Gettis quickly, and he was shot dead himself while resisting arrest. Superintendent Drouillard barely kept his job in the concurrent PR debacle. NOPD was left in a state of shock and mourning—Gettis was a veteran on the force and most of his fellows considered him to have been good police.

They, and numerous private individuals, are still attempting to decipher the motivation behind his final actions.