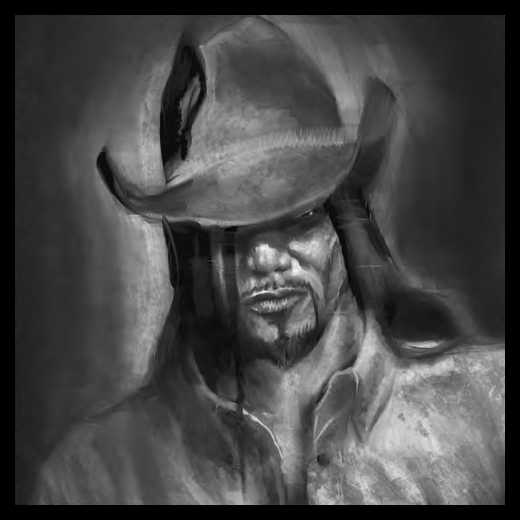 Reynaldo Gui appears as a tall, attractive young man with a thin frame and sparkling brown eyes. His dark hair has a slight wave to it, and it hangs down to the top of his shoulders. Gui’s skin is dark, especially for a vampire, and he often wears his button-down shirts with the top buttons left undone, to better accentuate his model good looks. Always quick with a smile or laugh, Gui’s is the first face to greet most of Savoy’s visitors, and he likes to put them right at ease.

Gui was born to a French immigrant mother and an Hispanic-American father on Chicago’s South Side. As a teenager, Gui had gotten mixed up with the fringes of his neighborhood’s criminal element, and after his father was killed by an over-zealous police officer, Gui turned to his street contacts for help. Once they’d helped him exact bloody revenge on the policeman responsible, Gui had little choice but to turn to a life of crime in earnest.

After a few years and more than a few pieces of work, Gui drew the attention of a local Ventrue who had his hands in the Mafia (Gui claims it was no less a personage than Al Capone himself) and was made the blue blood’s ghoul. Only one-quarter Italian on his father’s side, he recognized his future in the mortal Mafia could only go so far, and faithfully served his domitor for years afterward. He considers his Embrace less of a “reward” for services rendered, and more of a simple evolution or promotion—not entirely unlike a young mafioso finally becoming “made.”

In the aftermath of Hurricane Katrina, Gui’s sire sent him to serve his interests in New Orleans, at the side of a well-known Kindred named Antoine Savoy. Although the criminal “pipeline” between New Orleans and Chicago is not what it was during the gangland era of the 1920s and 1930s, it is still a valuable corridor for drugs, weapons, stolen parts and other smuggled cargo. Gui and his sire both have substantial interest in expanding their domain beyond the Windy City. Thus, Gui intends to sink his fingers deep into the Mafia of New Orleans, making room for himself and his sire, and displacing any who would get in his way.

George Smith dealt with Reynaldo several times and called on the younger Ventrue’s Mafia cronies to help dispose of a hotel employee he’d murdered (not wishing to enlist the Windsor Court’s other staff in such a job). The two were pleased to do business together.

Jade ran into Reynaldo at her 2010 release on the anniversary of Katrina. The two exchanged flirtatious banter before the Ventrue asked what her plans were, allowing Jade to regale him (and the rest of the Kindred in attendance) with the science behind why dead people like them can still enjoy spa services.

In 2016 they flirted again when he dropped off a body for her to play with. He was also present at Lord Savoy’s bacchanalia, and Jade joined him and Pietro Silvestri to turn their twosome into a threesome—a long time coming for the two neonates. Afterward they made plans to seize Rocco Agnello’s territory for their own.

Jade ran into Gui again at the following Elysium, where he goaded the crowd with her when she implied that the archon Jonathan North had chosen her to be his servire. The two left together and returned to the Evergreen when Jade asked if he’d like to “see something cool.” Gui witnessed her altering a ghoul to make him more muscular and the pair were about to get busy in the shower together, though an untimely phone call for the Ventrue prevented them from going any further than getting naked.

After her altercation with Elyse, Jade asked Gui to deliver a doll to the offended Malkavian to soothe her ruffled feathers. The Mafioso sent an attractive moll to Jade’s pawn’s house to pick it up after flirting with Jade on the phone.

Jade took a disguised Danielle Garrison to meet with Gui about the security tapes at his club, where Dani was found and presumed to have been Embraced. Gui said he’d look into things and the pair played a game of poker after two of the hounds showed up to bring one of Gui’s krewemates into custody.

At a Friday Elysium, Jade sought out Gui to see if he’d had a chance to look into the tapes at all. He assented that he had and that he’d tell her the following evening at Savoy’s party, implying that he’d needed to clear her curiosity with Lord Savoy. The pair’s banter ended up with Gui inviting Jade on a trip to Chicago with him and they made a splash when they walked arm in arm into Elysium together, though not all of the eyes that looked upon them were friendly.

Jade met up with Gui at Savoy’s 1920’s themed party on Saturday to discuss “business,” though first they went for a round of sex with his ghoul, Gamberro. They had a second round in the showers before going back to his office at the Evergreen, where Jade informed Gui that she’d gone ahead and taken out his rival, Carolla, in exchange for him giving her the thin-blood’s sire. They made plans to meet and exchange goods.

They never got the chance.

Gui showed up at Flawless with his ghoul and accepted Jade’s proof of Carolla’s demise (she’d saved his face after skinning him), then sent his ghoul to get the sire. But Gamberro came back with friends: Laura Melton, a redheaded night doctor, and a new face in the Quarter who claimed the name “Draco.” Draco took great pleasure in besting Gui in combat before starting to torture him, but Jade didn’t stick around to watch and fled the scene. After a series of events that culminated in Jade staking and kidnapping Draco, she later found Gui’s dismantled and staked body in a corner of the room and took him with her back to her krewe’s clubhouse. She said a quick prayer for him before doling out the final death Lord Savoy had ordered.

Gui claims to be the childe of Alphonse Capone, a respected member of his native city’s Gerousia and Prima Invicta who rules the Chicago Outfit crime syndicate with an absolute grip. Most Kindred regard this claim with skepticism, as famous figures are normally considered poor candidates for the Embrace. Gui claims his alleged sire is childe to Lodin, the slain prince of Chicago who held praxis from the 1871 Great Chicago Fire until the brutal 1993 war with the region’s Lupines. For many years, Lodin was one of the most influential princes in the New World, due to Chicago’s status as the largest American city under Camarilla control until the 1999 reconquest of New York. Most Kindred find it believable that Gui is a grandchilde of Lodin’s, as the former prince refused to grant permanent residence in Chicago to members of his clan who were not also his progeny (or their own descendants). Lodin was childe to Datura, an elder many centuries old of whom little is known. Rumors variously place her as prince of Veracrauz, an advisor to the Directorate, or even a member of that august body. Datura is childe to Arika, an equally obscure methuselah whom rumor places in either Scandinavia, the British Isles, or the Middle East. Her name has been floated by some theorists as a member of the Directorate or the Camarilla’s Inner Circle, but this remains impossible to verify. Arika is believed to be childe to Medon, a methuselah who set himself up as god-king of an island in the Aegean during Greece’s Mycenaean period. He tyrannized his kine subjects and gave nothing back, prompting them to eventually rise up and burn his palace while he lay sleeping during the day. The story of his destruction is widely retold among Ventrue as a cautionary tale against ruling the kine with too heavy a hand. Medon was childe to Ventrue. The Kingship Clan holds their founder perished millennia ago, making the only clan free of an Antediluvian’s machinations.

Gui claims that his sire was one of Lodin’s most successful progeny and Embraced three other childer, two of whom were destroyed during Chicago’s 1993 war with the area’s Lupines. All of Gui’s broodmates have been involved in various sectors of organized crime (some related to the Mafia, others not) to support their sire’s rule over the Chicago underworld. 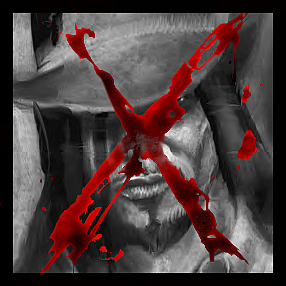