“I take what I want.”
—Reggie Dufresne 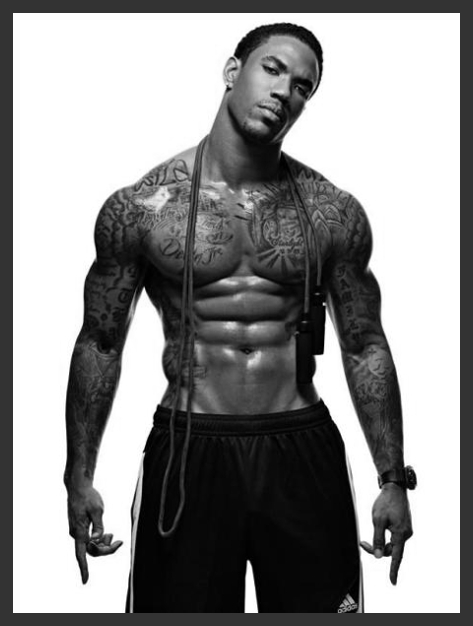 Reggie looks exactly like what someone would expect to see when they hear the word bounty hunter: tall, broad, muscular. He’s got muscles on top of muscles, his body kept in supreme physical condition by what is undoubtedly countless hours in the gym. He keeps his hair short (“so no one can grab it”) and his facial hair is limited to a goatee. A smattering of tattoos cover his chest and arms, each of them inked in a black as dark as his eyes. Smiles come rarely.

There’s this thing called middle child syndrome, you ever hear of it?

Right, well, you think that maybe it can’t happen with triplets since they’ve always got each other, but with Rusty coming out crooked and Randy the wide-eyed and innocent baby (and anyone who actually knows him knows what a lark that is) there wasn’t much room for Reggie to be anything other than shunted.

No, asshole, I don’t mean shunned, I mean shunted. Reggie wasn’t shunned. He was shunted off to one side like the extra. Heir and the spare, right, only this isn’t the fucking Middle Ages and he’s not some prince in waiting, so the fact that his parents were all, “oh no Rusty you’re broken” and focused all their attention on him made him maybe a little bit salty.

And maybe a little bit sad.

Because Reggie sometimes thinks that maybe it’s his fault his brother came out all fucked up. Three of them in the womb and there’s only so much space, and when Reggie came out with more than his fair share of size (he looked it up once and the “average triplet” is about 4 pounds, but he came out at 7 and Randy at 4 and Rusty at 2.5) he thought that maybe he soaked up a little bit too much of his mom‘s nutrients or whatever and Rusty’s mangled spine had everything to do with him and nothing to do with the luck of the draw.

Even when Rusty started to put on weight and went through surgeries and physical therapy to let him at least get some mobility Reggie was always bigger, faster, stronger. Better, he thought, but you wouldn’t know that from the way people doted on Rusty, like he was one of those dogs that’s so ugly it’s cute. There was some resentment there.

Yeah, there was some resentment there until about kindergarten, when Reggie and Rusty and Randy all ended up in the same morning class and some asshole (Billy, his name was Billy) decided to pick on Rusty for the “crooked way he walks,” and Reggie waited until recess when no one was looking to beat the kid bloody and make him eat dirt.

And that was that.

The Loss of Arnold

Rusty was smart, and Randy was good with people (or at least good at batting those baby blues of his—and where the fuck does a black baby get blue eyes?), but it was Reggie who learned how to throw a hook and took to the training regimen his father followed for “chasing down bad guys.” Reggie was the one who got real lippy with people and told them where to shove it when they wanted to run their mouth about him or his family, and he was quick as all hell to back it up with his fists when things came down to it.

And Reggie was the one who went with Arnold that day to “chase down bad guys,” only something went wrong and Arnold… well, he told Reggie to stay in the car (no matter how tough you think your kid is he’s still just ten and you don’t take him into the house of a criminal) while he went in with his buddy and things went… sideways. Reggie doesn’t remember much. Concussion, the doctor said when he woke up, probably from the debris hitting the car when the house exploded.

Years later some historian would say, “As a port city, New Orleans was a gateway for drug smuggling well into the 20th century, and the city’s historic tolerance for gambling, drinking and other behaviors proved conducive to drug dealing and addiction,” but that didn’t make Arnold’s kids or girl feel any better about his loss.

Reggie made a full recovery, though. So there’s that.

After that Reggie decided that he was the man of the house, and that meant he had to be big and strong and tough and fill the large boots his dad left behind. So he hit the gym. Found some people to train with. Learned more about tracking from one of his mom’s employees (he thinks they might have been fucking but that guy eventually skedaddled off too so it’s whatever, and more power to her for getting off with whoever). His mom was happy to show him how to handle a gun when he asked, and by the time he was fifteen he was hanging out with the rest of the bounty hunters who worked at his mom’s company.

And everything was pretty chill.

Graduation. Eighteen years old. The world at his fingertips. Except that fucking Billy kid never got over the fact that he beat his face into the dirt those long years ago—they’d had a “rivalry” since, though Reggie never really thought of Billy as his rival and it was kind of one-sided—and Billy was the kind of guy who took it out on someone’s family when he had beef with a person. Like an asshole.

He thought Reggie’s cousin was cute.

And she was. Sixteen. Tight body. Nice handful of tits. Reggie would be lying if he said he never thought about hitting it (but what kind of weirdo fucks their cousin?), but that didn’t mean other people could hit it. Especially when she said no.

He doesn’t even know why Billy was at his grad party, except it was a big party since there were three of them and he couldn’t really keep track of everyone, but he heard Riley cry out while he was on his way to piss and the words “no” and “stop” and he went ahead and let himself into the room where it was happening. And there was Billy, pants around his knees, with Riley’s skirts hiked up over her hips and her hands pinned to her side and—

Well, Reggie doesn’t remember much after that.

That’s what he tells anyone who asks.

But he could also tell people he knows exactly what the inside of a skull looks like. And how heavy bodies are. And how little Billy’s dick was in the end.

Reggie went away for a while after that.

It was Randy who went after him a few years later, Randy who brought him back to the city. Reggie stepped into his role at LegalWings as if he’d never left, and his brothers were glad to have him back. They even believed him when he said he’d taken some classes at a community college “up north” but couldn’t commit to a major.

And that was that.

Or at least that was that until Randy met a gorgeous girl at a race and became instantly smitten with her. He brought her home to meet the family and Reggie overheard her asking “what’s wrong with your brother?” as they put on their coats to leave. Any thoughts of fucking her went out the window with that question.

“None of your fucking business,” he’d snarled at her, intent to show her the door. But then she’d smiled at him, and Reggie wondered why he was mad in the first place, and the girl had explained that she was finishing up a medical degree with a focus on physical therapy and rehabilitation and she thought that maybe she could help Rusty.

“Bring him by the spa,” she’d said to him, then looked him up and down. Appraising. “You can come too.”

And when she offered immortality and tools in exchange for service—when she did something to Rusty’s spine that made him grimace but take steps on his own two feet when she was done—Reggie didn’t think twice. He pushed Rusty to accept and the pair of them sealed it in red.

Since then he’s been in service to Jade as muscle, bounty hunter, and all around bullyboy. He even serves in the bedroom, though that’s their little secret. 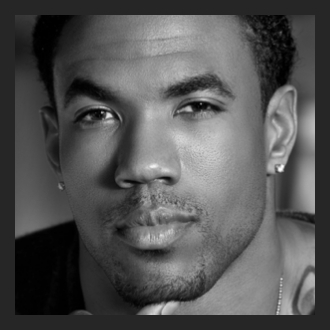