“The Devil tempts all men, but idle men tempt the Devil.”
—Turkish proverb

“Civilization is the distance that man has placed between himself and his own excreta.”
—Brian Aldiss

“I’ve heard that hard work never killed anyone, but I say why take the chance?”
—Ronald Reagan 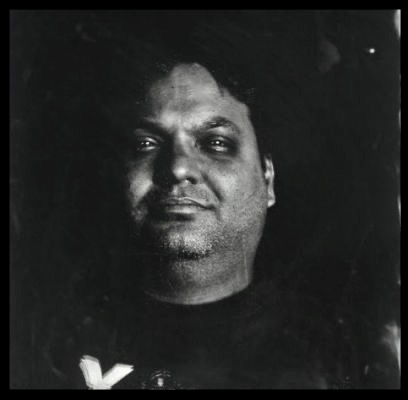 A heavy-set, middle-aged man of Indian ancestry, Ranjeet looks and smells like he hasn’t showered since he was last outside in a rainstorm. In New Orleans, that wouldn’t be too long–but Ranjeet largely gave up going outside since the dot com bubble burst in the early 2000s. His oily, pudgy jowls are perpetually stubbled with five o’clock shadow that he’s too lazy to shave–and which seems too lazy to grow into any respectable sort of facial hair. In contrast, his black hair is freshly trimmed, though far from fresh, as his French crop has been blasted to death with dry shampoo. His small, marble-like pupils have a squashed look, trapped between sleep-deprived eyebags that could make an esthetician tear out their lash extenders.

Ranjeet tends to wear whatever he was wearing the day before–or the day or week before that. That said, he favors loose T-shirts–most of which he’s pilfered from one of his dad’s ubiquitous T-shirt shops with a haphazard excuse of “quality control inspection.” In terms of pants, shorts, or underwear, Ranjeet is an unconscientious objector, though when social circumstances demand it (such as attending family functions and the occasional Vortex rave), he reluctantly dons a pair of laundry pile-festering cargo shorts and Gucci slides, the latter of which look more like rubber shower slippers than designer sandals–which is how he scored them on eBay for a mere $4.87.

Third-born son of New Orleans’ infamous Rishu “Rich” Pavaghi, Ranjeet grew up in the shadow of his ambitious parents and elder siblings. Indeed, while his father was building his T-shirt czardom, Ranjeet was largely raised by his Typhoon console, and its missocializing series such as Biological Warfare, Terminus, and Deathmist. Such an ‘education’ eventually led his mother to enroll him in Loyola’s computer science program, where he did just enough to pass, but no more. After graduating, he moved back home to resume his ‘software playtesting,’ only to be nagged by his mother into completing a postgraduate degree. After all, “even his brother, Walter, was making himself useful” to the family with his Houston startups. After dragging his feet for a year or two, Ranjeet eventually enrolled in an online degree in planning and entrepreneurship offered by the Indian Institute of Planning and Management, a Dehli-located, controversy-plagued diploma mill. The slothful ‘student’ stretched his three-year program into seven, mostly by enrolling in dubious but pricy international workshops aboard cruise liners, and a pair of 6-month ‘internships’ visiting Wotan and Tetsumomo Studios in Japan.

Still, Ranjeet developed the modicum of skill, if not osmotic exposure, to run the IT, web design, and software development for his father’s myriad enterprises. In truth, though, he really just developed a knack for ‘subcontracting’ cheap immigrant IT techs to do his job, leaving him free to return to his original pastime of video games and web-surfing. However, his hobbies were disturbed once again by his mother’s nagging, with Shwari eventually bullying him into “using his degree by doing some entrepreneurship.” Ironically, the slovenly, middle-aged man acquiesced by starting up a local industrial, commercial, and residential cleaning service.

To his surprise, and that of his extended family, the cleaning business grew like a parasite, gobbling up smaller cleaning crews and undercutting the competition by using the horrifically cheapest possible cleaning products pumped out by Rainbow and Good House. His success also came about by modeling his business structure after recent rideshare companies, such that his cleaning crews are classified not as employees, but rather as freelancers who digitally signup for cleaning contracts through a software app (and thus forfeit certain protections). This business, which he named Dr. Sheen Sanitation Services LLC, is now NOLA’s largest commercial and industrial cleaning business. As with his IT work, Ranjeet learned swiftly to delegate the day-to-day management of his business, though in this case, much of this operational burden is handled by his company’s custom (if subcontractor-developed) AI software.

Moreover, once his mother resumed nagging him to do something “more productive” with his still ample free time, Ranjeet decided it was finally time to move out of his parents’ palatial basement. Leaving nearly all of his personal effects, including heaps of dirty laundry, back in Kenner, he bought a second-story apartment in the recently renovated Hibernia Bank Building. He easily could have afforded one of the penthouse suites, but he didn’t want the hassle of a long elevator ride. Then again, Ranjeet rarely leaves his apartment these days, as he saves most of his sojourning for Eden Online’s solar systems. 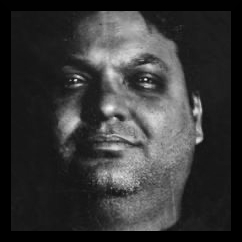