“He’s one of those idiots that thinks with his heart instead of his head.”
—Rusty Dufresne

“I’m not getting rid of Randy just because you don’t like him. He’s too adorable to let go of. Like a kicked puppy.”
—Jade Kalani to Alana Frederick 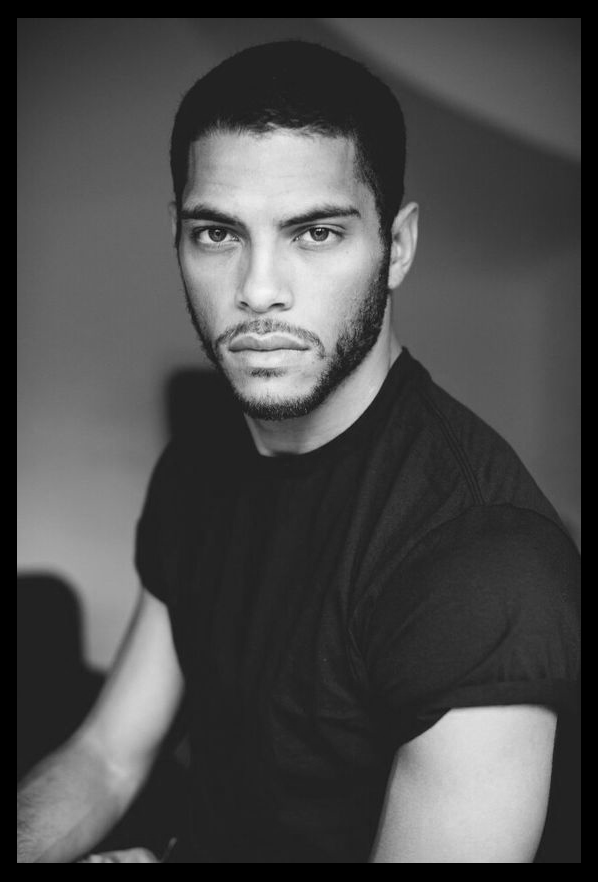 Randy is a boy in a man’s body. He’s just as tall and broad as his older brother Reggie, spent just as much time in the gym and it’s evident when he wears the tight shirts he’s fond of. He’s lighter than his brothers, though, and if people don’t look too closely he can pass himself off as Caucasian. Especially when his “babe” does that trick with the photo-editing. It’s his eyes, though, that give him away: there’s a certain gleam to them that is missing from the rest of the family, and they shift between blue and green and hazel. Paired with his easy-going smile it’s easy to see how he’s captivated plenty of ladies (and even men) over the years.

Randy was born third out of the triplets that came from Regina Dufresne. Reggie likes to say that by the time Randy came around there wasn’t enough “black” left for him; in his darker moods he used to tell Randy that he was adopted and that’s why he looks so white. A lot of people never even believed that the boys were related; Rusty and Reggie are noticeably darker than their younger brother, and he’s able to pass for white if he really wants to. At least to “ignorant assholes,” says his mom, who had to assure him that of course he was hers; she gave birth to him, after all. All three of the boys share a handful of common characteristics with their father, which Regina says puts any doubt of paternity out of the question.

While Regina and her sister might have been born white trailer trash, by the time the boys came along both girls had clawed their way out of poverty and left the trailers behind. Regina raised her boys the same way her momma raised her, though, and never let them forget that it’s hard work to rise to the top and hold that spot. She told her boys that if they were going to do something they better do it right and be the best or they should find something else to do.

As a result, Randy’s obsession with cars started young. He had a handful of Matchbox cars that he collected starting in kindergarten when Billy Barnes brought them in for show-and-tell. He couldn’t get past the “VROOM VROOM” sound the other boys made as they rolled the cars along desks and chairs and even walls, and when he went home that day he asked his dad if he’d show him the engine on their old Chevy. It was nothing pretty to look at, Randy decided, not like the fancy turbo-charged whatever-the-fuck the kids at school had mentioned, but he didn’t let that deter him from his newfound love of all things fast. Arnold found his obsession amusing and would frequently bring Randy with him to one of his buddy’s house, an old man named Tuck who worked part time as a mechanic and spent the rest of his time building custom engines “for people with more money than brains.”

Tuck showed him all he needed to know about cars, and by the time he was ten Randy was as handy with a wrench as any other grease monkey that ran around Tuck’s shop. It was Randy, too, who saw the cab of the truck after Arnold’s death and had it hauled back to Tuck’s shop, where it would sit for months before the boy finally started taking it apart in some sort of mechanical autopsy. He found Reggie’s missing shoe wedged beneath the crushed dash but for the life of him couldn’t figure out how the explosion from the meth lab caused the sort of caved-in damage to the steel frame of the truck.

It was just one of life’s little oddities.

Maybe it was the loss of his father, or maybe it was in his blood all along, but by the time Randy was 15 and had his learner’s permit he already felt the call of the open road. He hated the congested city streets with their lights and stop signs and pedestrians he had to stop for; he just wanted the long, open roads out West. Tuck told him all about the sorts of races that took place out in the middle of nowhere.

“The sun, the road, the roar of the engine… and the girls, Randy, the girls,” Tuck used to say.

Randy couldn’t wait to see for himself. With Tuck’s help he built himself an engine out of spare parts that he stuck into an old Volkswagen body and on his sixteenth birthday the old man took him to the races for his first taste of adrenaline. It was like stepping into a different world, and Randy knew that he could never go back to what he used to know. Randy put himself in the lists, was thoroughly trounced, and only resolved to try harder next time. The first time he won Tuck sent a girl his way who cooed at his ”engine size” and asked if he’d “let her take it for a spin,” and Randy had her once in the back seat and once in the front and a third time bent over the hood of the car.

After that life was a series of fast cars, hot girls, and the occasional leg-breaking for his mom when she needed him at work. He didn’t mind the jobs—they paid well—but he really relished those times she needed him to hit the road to pick up this thing or the other, and he can tell countless stories about border hopping with all sorts of questionable things in the trunk.

When Reggie took off after graduation it was Randy who stepped in to fill his shoes at LegalWings. He bounced through a series of relationships, always more into it than his partner seemed to be, but the final straw was when he fell hard for one of their clients and “let the bitch shamelessly use you to get her boyfriend out of jail,” Rusty said. Their mother just sighed at them and told Randy to go find his brother. ”It’s time for Reggie to come home.”

Once Reggie came home things went back to normal in the Dufresne household. Reggie stepped into the work at LegalWings as if he’d never been gone, didn’t talk much about his time on the road, and had nothing to say to Randy about the month he’d spent tracking his brother down in some hole-in-the-wall bar in a podunk town in the middle of fuck-all, Mexico. Randy went back to the tracks.

That’s where he was the night he met Jade. He took her for a spin in his car, handily won the race against “that pig-fucker Pavaghi,” and let Jade claim him as hers. He’s been posing as her mortal boyfriend since. The perks are nice, though he hopes she puts out soon; she’s been promising sex for the past seven years.

Jade Kalani met Randy at a race track. He was promptly attracted to her and asked if she’d serve as his good luck charm for his race against one of the numerous Pavaghis in the city. Amused, Jade consented, and she was with him when he smoked the competition. She decided to keep him and ghouled him that evening.

Randy was responsible for the family dinner where Celia flirted with everyone in sight when he brought her a vessel laced with ecstasy. He turned her down when she tried to have sex with him in the bathroom. That same evening he accompanied Jade to the sewers to visit the Nosferatu and got himself sick when Gerald “Greasy” Abellard made him drink sewer water. Jade sent him to the hospital to get his stomach pumped and told him that his punishment would wait.

Due to his illness he was too late to be of much use when Jade was kidnapped by hunters, but he did show up to help search the place after she killed them.

He accompanied his babe on a variety of outings and served as general muscle, driver, and errand boy. Randy looked after Celia’s mother the day after her ghouling when Celia was concerned that Elyse would send someone after them. Celia promised they would finally have sex and set a date with him to thank him for his continued hard work.

Randy helped Celia search her spa for bugs when she’d heard there was a break-in, and accompanied his brother to pick up the thin-blood responsible for the break-in. He later went with Celia, Alana, and Reggie to meet with the contact. He assisted with another pickup when Celia was jumped by a gaggle of homeless people during her visit to Edith in the rougher part of the Quarter and brought two thieves to her: the one who stole her purse and the one who stole her blood.

Nights later, Celia asked Randy to go undercover with his brother to scope out a hunter cell, and then to meet her at the spa with a vessel. He showed up empty-handed.

But her sire didn’t.

He showed up with saber in hand and cut the ghoul’s limbs from his body, then demanded that his childe finish the job to “prove her strength.” Celia used his saber to cut the head from her ghoul. 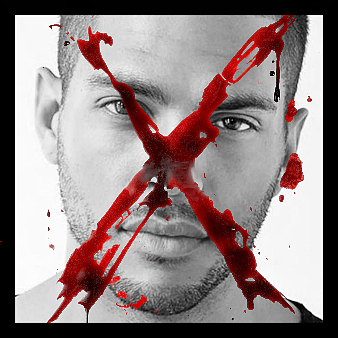